God warned through the prophet Jeremiah that "all your lovers have forgotten [forsaken] you… I have wounded you with the wound of an enemy… because your sins have increased… in the latter days you will consider [understand] it" (Jeremiah 30:14, 24).

Many modern scholars accept, as an article of faith, that it is impossible to predict the future accurately. Moreover, they say that the Bible was merely written by men, and is not a unique book inspired by God. Yet God, in the Bible, says that He can predict the future and bring it to pass! The One who inspired the prophet Isaiah proclaimed: "I am God, and there is none like Me, declaring the end from the beginning, and from ancient times things that are not yet done, saying, My counsel shall stand, and I will do all My pleasure" (Isaiah 46:9–10). Today's world headlines prove these astounding assertions, as prophecies given thousands of years ago are coming alive in our day!

When God brought the ancient Israelites out of Egypt, He made a covenant with them. God promised that they would be blessed if they obeyed His laws, but that they would face difficult times if they disobeyed (see Leviticus 26; Deuteronomy 28). The sad story of Scripture is that the ancient nations of Israel and Judah chose to ignore God's instructions, deciding instead to "do their own thing" (see Judges 21:25). Because the Israelites rebelled against God, and broke the covenant—"My people have forgotten Me days without number" (Jeremiah 2:32)—God gave a series of detailed prophecies that would have a devastating impact on them in the future. The Bible foretold that when sinful Israelite nations would appeal to their allies for help in future difficulties, those allies would spurn them and turn against them: "Your lovers will despise you; they will seek your life" (Jeremiah 4:30).

This prophecy is repeated, with other specific details added, in many other places in Scripture. God warned through the prophet Jeremiah that "all your lovers have forgotten [forsaken] you… I have wounded you with the wound of an enemy… because your sins have increased… in the latter days you will consider [understand] it" (Jeremiah 30:14, 24). To Jerusalem and the house of Israel, God warned: that "her friends have dealt treacherously with her; they have become her enemies… her adversaries have become the master… [and Israel will complain] I called for my lovers, but they deceived me" (Lamentations 1:2, 5, 19). Similarly, God used the prophet Ezekiel to describe what would happen to Israel and Judah: "I have delivered her into the hand of her lovers… Behold, I will stir up your lovers against you, from whom you have alienated yourself, and I will bring them against you from every side… because you have forgotten Me" (Ezekiel 23:9, 22, 35).

These prophecies had an initial fulfillment more than 2,500 years ago, when the peoples of Israel and Judah were carried into captivity by neighboring nations in 721bc and 604bc, respectively. The prophecies are dual, however, and will find their ultimate fulfillment "in the latter days." The American and other British-descended nations are the modern Israelite nations (for more on this topic, please request our free booklet The United States and Great Britain in Prophecy). Prophecy reveals that the allies of the modern Israelite nations will begin to despise them, will become their rivals, and finally will turn against their former friends and benefactors. Startling developments on the world scene today—especially in Europe—show us that these prophecies are approaching their ultimate fulfillment!

The Anglo-American nations fought World War II to liberate Europe from fascism, and to free Pacific nations from Japanese imperial domination. For more than 50 years, the Anglo-American nations were the benefactors of the countries they had "defeated," aiding their economies and helping them guard against communist threats. Toward the end of the 20th century, however, things began to change. The fall of the Berlin Wall in 1989 removed the Soviet threat from Europe, eliminated the need for U.S. protection and opened the way for European unity. The September 11, 2001 attack on the U.S. spawned a global "war on terrorism" and invasions of Afghanistan and Iraq. The American-led invasion of Iraq initially divided Europe, but produced an alliance among Germany, France and Russia that has "reinvigorated the Franco-German "European core" (Super-State, Haseler, pp. ix, 2).

Following these dramatic events, the exercise of American power in the world has become a highly contentious issue, with polls showing that Europeans "no longer trust American leadership" and are "increasingly fearful" of an Americanized future world order "sketched out by thinkers in Washington" (Haseler, p. x). In fact, opposition to the American-led war on Iraq "has united Europeans in a common cause" to build a new European superpower that "has the potential to balance and check U.S. power in the world" (ibid., pp. 3, x). France has "led calls for a rival European superpower to confront Washington" (London Daily Telegraph, November 5, 2004). Dr. Stephen Haseler, a professor of government in London, notes that this emerging European superpower will "become seriously competitive with the USA" and will challenge notions of American supremacy as it becomes a rival power whose interests collide with the interests and activities of the U.S. (ibid., p. 6). He also observes that "events themselves will help forge European unity and help drive hesitant Europeans together" (ibid., p. 3). The Bible reveals that God intervenes to guide world events (see Daniel 2:20–21; 4:17).

Emmanuel Todd, a French political theorist and demographer, has made a similar observation, that "the unsettling militaristic behavior of the United States… [and] America's menacing unilateral behavior has accelerated the integration of Europe and moved the rapprochement with Russia irreversibly forward, Their combined strengths—the economic power of Europe and Russia's strategic nuclear deterrent force—will suffice to contain future American trigger-happy agitation" (After the Empire, Todd, pp. xx, xxiii). Todd describes that Europeans and others in today's world have come to view America as a major contributor "to disorder throughout the world… an obstacle to world peace" and a "troublemaker" instead of a peacemaker (ibid., pp. xvii, 21, 169). He explains that America's military adventurism, its promotion of unregulated capitalism (threatening the cohesion and stability of Europe's more socialized economic systems) and "its new intolerance of the rest of the world is… alienating" America's former allies in Europe, and may "trigger the rise of the far right" (ibid., pp. 180–181).

Todd notices, also, that "profound forces are at work" akin to the tensions that precede a divorce, and that these tensions are "going to force a separation" between America and Europe (ibid., pp. 171, 175). Todd comments that, after World War II, America never imagined how a reconciliation between former enemies (e.g. France and Germany) "would lead to the birth of a competing strategic entity. The progressive slide from sympathy and encouragement to suspicion then bitterness and finally opposition is understandable" (ibid., p. 172). As Todd puts it, "all the ingredients are there for a serious conflict between Europe and the United States in the near future" (ibid., p. 186).

God prophesied long ago that if His chosen people forgot His laws and rebelled against His instructions, the allies ("lovers") of Israelite nations would become their rivals and fierce adversaries. These prophecies, recorded in the Bible thousands of years ago, are coming alive today—alerting us that the end of this age and the return of Jesus Christ are just ahead! 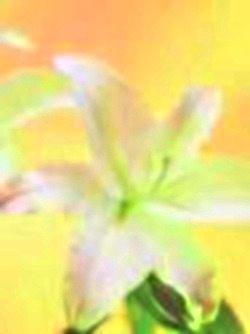 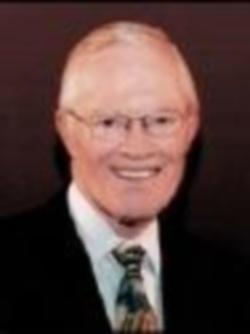