Will "Political Correctness" Destroy Us?

"Political correctness" is like a cancer. It spreads slowly and almost undetectably through the body until death is assured.

Though most people do not grasp this fact, the increasing influence of "political correctness" will eventually help destroy the United States, Great Britain and Canada! As a man who grew up in America, and who spent about four years of my adult life in Britain, I can truly testify that in my nearly 80 years of human experience I have never seen the basic values and way of life of our ancestors in all of our English-speaking nations being undermined so severely. For "political correctness" is like a cancer. It spreads slowly and almost undetectably through the body until death is assured. Millions of people have lost loved ones or friends because of cancer. Yet countless millions more in our lands will be destroyed because of the "cancer" of political correctness.

How dare I write that?

Because political correctness undermines virtually every basic value upon which our Western nations were based in decades past. And because any true Christian who tries to challenge it will be viciously persecuted. Although they rarely if ever will admit it, the advocates of "political correctness" are displaying an underlying resentment and often even hatred against the idea of a true God—a God who can tell them what to do, and how they ought to be living their lives. As Jesus Christ said, "this is the condemnation, that the light has come into the world, and men loved darkness rather than light, because their deeds were evil" (John 3:19). Indeed, the "light" Jesus Christ proclaimed involved a consistent way of life based upon sincere obedience to the laws and principles contained in the Ten Commandments. And Jesus also said, "It is written, 'Man shall not live by bread alone, but by every word of God'" (Luke 4:4).

Yet, when God's clear instructions in the Bible are repeated in public or espoused by some of our institutions, ultra-liberal "politically correct" individuals become visibly angry. They act as if people are going against what is sound and rational if they talk about God being the Creator, or say that the Bible ought to be the basis of all right conduct. How far have we fallen!

As many of you know, the early leaders of both America and Britain had tremendous respect for the teachings of the Bible. President George Washington stated, "It is impossible to rightly govern the world without God and the Bible." Noted statesman Daniel Webster observed, "If there is anything in my thoughts or style to commend, the credit is due to my parents for instilling in me an early love of the Scriptures. If we abide by the principles taught in the Bible, our country will go on prospering and to prosper; but if we and our posterity neglect its instructions and authority, no man can tell how sudden a catastrophe may overwhelm us and bury all our glory in profound obscurity."

William Gladstone—respected as one of Britain's greatest leaders—said, "I have known 95 of the world's great men in my time, and of these 87 were followers of the Bible. The Bible is stamped with a Specialty of Origin, and an immeasurable distance separates it from all competitors." And the famous British scientist, Sir Isaac Newton, stated, "There are more sure marks of authenticity in the Bible than in any profane history."

But when Christian ministers today explain that fornication, adultery, drunkenness, homosexual practices and abortion are absolutely wrong, the secularists—including, sadly, many top journalists—take great offense. In fact, they often try to persecute those who hold such views—and certainly those true ministers who follow God's command to teach those views! After Jesus Himself described the time of war, upheaval and terrible earthquakes, famines, pestilences and "fearful sights" marking the end of the age, He stated, "But before all these things, they will lay their hands on you and persecute you, delivering you up to the synagogues and prisons. You will be brought before kings and rulers for My name's sake" (Luke 21:12).

Because Jesus Christ said that "men loved darkness rather than light, because their deeds were evil" (John 3:19). These "secular" individuals—increasingly in charge of our entire society—feel a sense of terrible guilt when confronted with the truths of the Bible. To relieve this guilt, they turn against others who teach a way of life that has always brought peace and stability throughout any society to the degree that it has been sincerely practiced.

Tomorrow's World magazine publishes the truths of the Bible. We give you many prophetic articles explaining specific prophesied events that have happened or are now beginning to happen. These events will especially affect the American and British-descended peoples, who are, in fact, the physical descendants of the so-called "Lost Ten Tribes of Israel." As our booklet entitled, The United States and Great Britain in Prophecy clearly explains, when God talks about end-time punishments on "Israel," these have to do with the American and British-descended peoples. If you have not yet taken time to write for and actually study this vital truth, be sure to call the Regional Office nearest you (listed below on this page) or write for your free copy of the above booklet right away! You can also read it online or order your own copy at www.tomorrowsworld.org!

One example of the Bible's end-time references to us today, as well as to the ancient House of Israel, is found in the book of Hosea. The prophet was inspired to write: "My people are destroyed for lack of knowledge. Because you have rejected knowledge, I also will reject you from being priest for Me; because you have forgotten the law of your God, I also will forget your children. The more they increased, the more they sinned against Me; I will change their glory into shame" (Hosea 4:6–7). Because our nations' political, educational and religious leaders have persistently rejected the laws and teachings of the Bible, we are headed for tribulation beyond anything the world has ever seen! Yet this will be loving correction from the Creator, who hates to see us go down the wrong road and become enmeshed in vile practices that destroy the essence of human decency—as He views it.

Those who truly believe the inspired words of the Bible will indeed be increasingly persecuted and harassed in the next few years. Yet "politically correct" leaders will continually praise wicked men and women and wicked practices of all sorts. They will gladly forget the words of God, "Those who forsake the law praise the wicked, but such as keep the law contend with them. Evil men do not understand justice, but those who seek the Lord understand all" (Proverbs 28:4–5). Such people certainly do not like to hear what the author of Proverbs states soon after that: "One who turns away his ear from hearing the law, even his prayer is an abomination" (v. 9).

People who continually "forsake" the laws of God as revealed in the Bible will not have their prayers heard by the true God of creation! They will not be blessed in the end. Although they will increase in power and influence for a few years, God's word shows that—in the end—they will not prevail.

In a dual prophecy clearly intended for our day as well as ancient Israel, the Eternal God told our forefathers, "But if you do not obey Me, and do not observe all these commandments, and if you despise My statutes, or if your soul abhors My judgments, so that you do not perform all My commandments, but break My covenant, I also will do this to you: I will even appoint terror over you, wasting disease and fever which shall consume the eyes and cause sorrow of heart. And you shall sow your seed in vain, for your enemies shall eat it. I will set My face against you, and you shall be defeated by your enemies. Those who hate you shall reign over you, and you shall flee when no one pursues you" (Leviticus 26:14–17).

Within the next several years, we will begin to see American and British Commonwealth forces being defeated and humiliated more than at any other time in history! Rebellion against God will be the cause. As these events unfold, may the Eternal God help you to understand.

As ultra-liberals and "politically correct" individuals increasingly take over our society and almost totally dominate the media—where so many people get their ideas—be sure that you and your family are aware of what is actually going on around you. Be aware that you are, in fact, near the end of this present age just before Christ's return. Be aware that although it does grow "darkest just before the dawn," Jesus Christ will soon come in great power to deliver His people and bring them into His everlasting Kingdom. After describing some of the terrible events just ahead, Jesus said, "Now when these things begin to happen, look up and lift up your heads, because your redemption draws near" (Luke 21:28).

So, there is great hope for the future! As God inspired the Psalmist to describe the Messiah's coming reign over the entire earth: "In His days the righteous shall flourish, and abundance of peace, until the moon is no more" (Psalm 72:7). 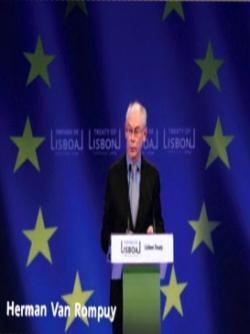 Welcome to the New EU! 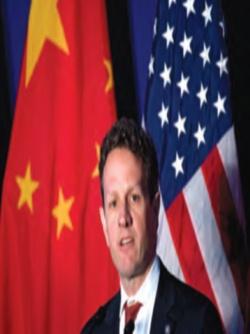 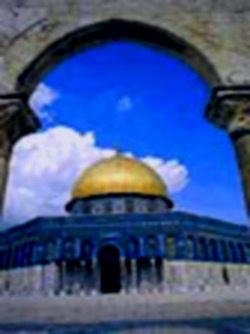