The charred and blackened timbers of buildings have been removed, but the scars will remain in the minds of some Londoners for a long time to come. For four nights last August, thousands of rioters ran amok through the streets of London. Copycat outbreaks took place in Birmingham, Manchester, Nottingham and Bristol. After looting and vandalising shops, hooded youths proceeded to torch what remained. Well-organized thugs deliberately attacked police and fire-crews.

Cars, shops and private homes were engulfed by flames. Five people died in the maelstrom. A furniture store in Croydon, run by the same family for five generations, was burnt to the ground, after trading from the same premises since 1867 and surviving the London Blitz!

What amazed and shocked Londoners was that, when those arrested appeared in court in the days following the riots, there was a broad cross-section of offenders. Yes, the stereotypical poor and unemployed youths were there. But so, too, were a father in his thirties, a postman and an eleven-year-old boy. Also arrested was the daughter of a wealthy businessman who already "had everything." It is alleged that she stole £5,000 worth of electrical goods, even though she still lives at home with her parents, in a house set in large grounds with a tennis court!

What has gone wrong? Amidst the handwringing and introspection of politicians and police, the answers do not come easily. The hackneyed words of the humanists just do not ring true at all. Words such as, "poverty, racism and social disadvantage," which are normally wheeled out as the cause of rioting like this, seem hollow when set against the viciousness of the attacks and the profile of the attackers. There was far too much evidence of calculated planning by gang leaders to simply explain this away as a spontaneous act.

Prime Minister David Cameron offered a sobering assessment of the situation. He said that Britain had been "suffering from a slow-motion moral collapse for decades." Speaking in his electorate in Oxfordshire, he continued, "This has been a wake-up call for our country. Social problems that have been festering for decades have exploded in our face." He said that, "Society is riven with irresponsibility, selfishness and a lack of responsibility. Too many children grow up without fathers, schools fail to instil discipline and rewards are handed out without effort and criminal behaviour goes unpunished" ("Cameron promises to tackle 'moral collapse' after riots," The Times, August 15, 2011,p. 3).

Many believe he is right.

The Spectator's cover story for August 13, 2011, was titled, "Burning Issues." Notice how the magazine assessed the cause of the riots: "There have been enough riots around the world in recent decades to give us a fair idea about what causes them. Poverty and political discontent are rarely the primary triggers. Riots are, most of all about a calculation of risk and reward." Clearly, those involved thought they could get away with it. But they should be seen for what they are—criminals committing the crimes of "breaking and entering," with theft, destruction of property and arson. Some even faced charges of murder in Birmingham, after three young men died when they were allegedly run down on purpose by a car involved in the mayhem.

The rioters took the risk—and some got away with it. But more than 2,000 were arrested, and by mid-September just over 1,700 had been charged.

In the days following the riots, court data revealed new information about the offenders. According to reporter Andrew Gilligan, in The Sunday Telegraph of August 21, 2011, "Almost none of those charged with rioting in Ealing, Clapham Junction, Enfield and other places, come from the immediate areas… Of 26 people charged over the Ealing riots, only three came from Ealing itself" ("London riots were orchestrated by outsiders," August 21, 2011, p. 4). The article concludes that there was a high degree of orchestration by well-organised professional criminals who were after high-value goods. This was not just a case of a spontaneous uprising as a result of police brutality. It was a mid-summer rampage that had been organised by gang leaders across the full breadth of London.

The Bible speaks about such times as these, yet most people are not aware of the connexion between the prophecies of the Old Testament and today's modern nations. In particular, Tomorrow's World continues to emphasise the special relevance of the Old Testament prophets to modern-day Americans, Britons and northwest Europeans—the modern-day descendants, along with the Jews, of the ancient tribes of Israel and Judah. For more on this connexion, please request your free copy of our informative booklet, The United States and Great Britain in Prophecy. Order or read it online at www.TomorrowsWorld.org, or request your copy from the Regional Office nearest you (listed on page 30 of this magazine).

Please notice God's words to the modern-day descendants of Joseph, "I will give children to be their princes, and babes shall rule over them. The people will be oppressed, every one by another and every one by his neighbor; the child will be insolent toward the elder, and the base toward the honorable" (Isaiah 3:4–5).

When a Nation Rejects God

When a nation rejects God's law as the basis for its morality, it is axiomatic that it instead adopts humanistic values and reasoning. And humanistic philosophy would have us believe that human nature is inherently good. But is it? Are we as human beings essentially good with a little bit of evil surfacing from time to time? The answer may surprise you. The prophet Jeremiah stated it succinctly. "The heart is deceitful above all things, and desperately wicked; who can know it?" (Jeremiah 17:9). The Apostle Paul added, "Because the carnal mind is enmity against God; for it is not subject to the law of God, nor indeed can be" (Romans 8:7).

The deception of many humanists is so profound that they will vehemently reject the simple statement that children need to be taught what is right and what is wrong. Yet truth, decency, the work ethic and kindness are not inherent in children. These are learned principles, which are derived from the "law of God," as summarised by the Ten Commandments. You can learn more about these principles by requesting your copy of our free booklet, The Ten Commandments.

Prime Minister Cameron is talking tough now, but will his words be transmitted into action? If his Works and Pensions Minister, Iain Duncan Smith, has his way, yes they will—but Duncan Smith is not just carrying a big stick, he is carrying a carrot as well. He wants to implement similar policies to those that have worked in Boston, Massachusetts and in Glasgow, Scotland. These involve offering gang members education and protection. Many gang members admit they are unwilling participants in their gang, pressed into it by intimidation and bullying.
By breaking the back of the gangs and locking up the ringleaders, violence, crime and extortion subside dramatically. "Then," as Fraser Nelson said, writing in the August 20 edition of The Spectator, "decent people take back the streets as they did in New York, and suddenly those communities start to thrive."

Many in Britain really do believe the nation has been given a last wake-up call. Unless the culture of "soft-on-criminals" not only changes, but is replaced with the empowerment of parents to better discipline their children, the country is going to descend into anarchy. Years of dithering by equivocating politicians has not worked. Will the government "blink first" or continue to stare down a failed and broken morality? 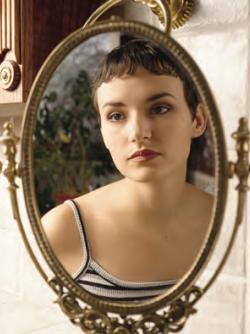 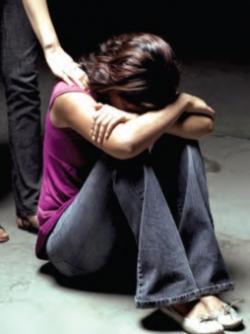 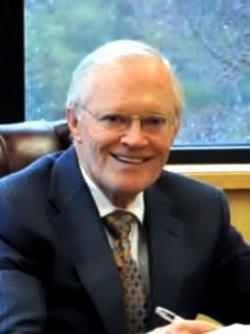