If you listen to the right people—or, perhaps more accurately, the wrong people—you may have heard that in December of this year mankind will either experience the end of the world or the dawn of a new age.

Some claim that there is a mysterious “extra planet”—variously called Nibiru or Planet X—cruising around our solar system waiting to smash into the earth by the end of 2012. Others say that the planet’s magnetic field will flip—causing massive continental upheaval, cataclysmic volcanic eruptions, and world-ending floods. Still others predict calamities associated with Earth’s crossing the “galactic plane” of the Milky Way.

Why December 2012? Because a few are claiming that the Maya—an ancient, Mesoamerican empire—predicted that on December 21, 2012 (give or take a few days) the end of an age would come, bringing vast destruction or a new golden age of peace—or, perhaps, both.

But is there any reason to expect disaster this December? Many assert that reports from NASA and other scientific organizations back up their claims. The Maya are among the most studied and researched peoples of the ancient world. So, did they indeed make such predictions about December 2012?

The answer is a resounding “No!”

Consider the claim some have made that a wayward planet is lurking about the solar system, on a collision course with our planet, soon to alter life on the earth forever, if not end it entirely. So, in mankind’s endless astronomical surveys of the night sky, has a “Nibiru” or a “Planet X” been seen amongst the stars, hurtling towards us in a dance of interplanetary death and doom?

Not at all! Despite all our looking, no such object has ever been seen. According to Dr. David Morrison of NASA’s official “Ask an Astrobiologist” Web site, his organization “has received thousands of questions about Nibiru and 2012,” and the answer is plain: there is no such space object in sight. He says: “To an astronomer, persistent claims about a planet that is ‘nearby’ but ‘invisible’ are just plain silly.” Even more bluntly, he writes, “The purveyors of doom are promoting a hoax.”

America’s space agency has also weighed in on the possibility of a magnetic pole reversal and the consequences of such an event. The evidence of the earth’s crust and examinations of deep core samples taken from the ocean floor suggest that the earth has experienced pole reversals before—times when magnetic north and south have “switched sides.” However, none of these were associated with great destruction in any way: “The fossil record shows no drastic changes in plant or animal life… [T]here is nothing in the millions of years of geologic record to suggest that any of the 2012 doomsday scenarios connected to a pole reversal should be taken seriously” (“2012: Magnetic Pole Reversal Happens All the (Geologic) Time,” NASA.gov, November 30, 2011).

Well, then, perhaps crossing the galactic plane—an event some say the Maya predicted anciently to occur in December 2012—will do us in? Not according to space scientists. As astronomer Bruce McClure of EarthSky.org points out, “No, earth will not pass through the galactic plane in 2012, contrary to what you might have heard. Earth won’t be physically passing through the plane of the Milky Way galaxy anytime in the near future” (EarthSky.org).

What Did The Maya (Not) Say?

As one examines the science behind the many claims of coming global devastation predicted by 2012-ologists, one consistently finds that science does not back up the claim.

It seems that if the ancient Maya predicted any sort of global or cosmic hubbub to occur in December 2012 they were a little off. But did this ancient people ever truly predict the things ascribed to them?

The evidence says very clearly that they did not.

Though many amateurs, Maya hobbyists and New Age gurus claim to tease out 2012-related details from the many, many artifacts and records we have recovered from ancient Mayan culture—such as the impressively detailed Dresden Codex. and the famed post-colonial Chilam Balam—the powerful consensus of Maya scholars is that not a single one of these works predicts either doom and gloom or a grand new age of peace in 2012. Even the idea that the Maya calendar somehow “ends” in 2012 has been discredited by modern research. As Kansas University scholar Dr. John Hoopes, a specialist in pre-Columbian civilization, explains, “Nowhere in the databases of science does it say that the 2012 date is the end of the Maya calendar.” In fact, not only have Mayan references to dates far beyond 2012 been known for decades, a recent find in northern Guatemala in the Mayan Xultun ruins has uncovered one of the oldest Mayan calendars ever discovered which also mentions dates thousands of years into the future (“Ancient Time: Earliest Mayan Astronomical Calendar Unearthed in Guatemala Ruins,” Scientific American, May 10, 2012). Abundant evidence demonstrates that the Maya believed time would, indeed, continue as it always had, long after 2012 had come and gone.

Indeed, as Dr. Robert Sitler, author of The Living Maya—an expert who has studied the Maya for decades—has noted in correspondence, “[T]he 2012 phenomenon arises from outside the Mayan cultural context and is only now being introduced in the Mayan world.”

Sadly, even though the idea has no basis in truth whatsoever, the notion of an ancient Mesoamerican civilization somehow looking through time to our day and seeing a specific date of global change and catastrophe has been too hard for many to resist—and, consequently, the hoax and hoopla has continued to today. Perhaps this is unsurprising, given the obvious turmoil around us in our world today.

For those familiar with Scripture, the verdict of science on the 2012 hysteria is not news at all. There is, after all, an Almighty God in heaven who does declare the end from the beginning (Isaiah 46:10) and reveals prophetic knowledge of those things to come. And, unlike the periodic pronouncements of New Age gurus and prophet-wannabes through the years, His track record is perfect!

In the pages of Scripture, God makes it clear that there will, indeed, be collisions with bodies from space (Revelation 8:8–11), as well as cataclysmic, planet-altering earthquakes (Revelation 16:18–20). Yet that very same God also tells us of specific events that must precede these calamities: false and deceptive religious powers which must come into global authority (Revelation 13:11–14); a vast economic, military, political powerhouse that will dominate the entire world in league with the false world-wide religion (vv. 1–4); a period of two-and-a-half years of horrific persecution of true Christians and the descendants of Israel known in Scripture as the “Great Tribulation” (Matthew 24:21; Revelation 7:14); and a year-long period of God’s vengeance on a rebellious world (Isaiah 34:8) right before the return of Jesus Christ—and the true end of this age!

Might something dramatic happen to our planet in December 2012? Certainly. We are living in dramatic times! But if something occurs, will it signal the imminent end of the world? Science casts great doubts on the validity of 2012-obsessed doomsday purveyors. Rather, it is God who makes the matter abundantly clear: the end of this age is coming soon—but it will not be on December 21, 2012! 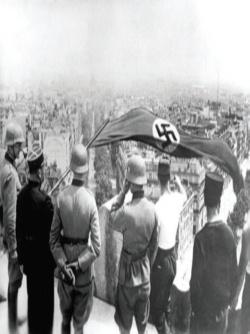 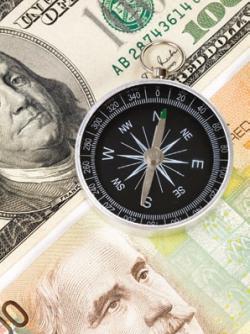