Vice Admiral Horatio Lord Nelson is one of Britain’s most respected national heroes. His twice-life-sized statue is perched high aloft “Nelson’s Column,” dominating Trafalgar Square that was named in his honour. His remains lie in the centre of the impressive marble crypt situated directly below the dome of St. Paul’s Cathedral in London. His impact on Britain’s national pride, with his sense of courage and duty in the face of grave danger, is inestimable. While his character was not without spot, as is true of most who are elevated to national greatness, his influence and legacy are undeniable.

What was it that Nelson possessed that catapulted him to the height of honour and glory, and to his place in the heart and psyche of the British people? What spiritual lessons can we learn from this icon of British Naval warfare?

Horatio Nelson was born at Burnham Thorpe in Norfolk on September 29, 1758, and after a short-lived childhood he began his naval career at only 12 years of age in early 1771.

Nelson’s life was spent mostly at sea after 1793, with only a meager 25 months on land in the next 12 years before his death in 1805. In 1794, Nelson lost partial vision of his right eye in Corsica. Three years later, in 1797, during an attack on the Spanish base of Santa Cruz in the Canary Islands, he lost his right arm. In addressing the issue Nelson is quoted as saying, “Let me alone: I have yet my legs and one arm. Tell the surgeon to make haste and his instruments. I know I must lose my right arm, so the sooner it’s off the better.” Additionally, in 1798 he received a significant head wound during the decisive Battle of the Nile in which Napoleon’s fleet was destroyed.

The Battle of Trafalgar

The conflict between the English and the French had been raging since before Nelson’s birth, but doubtless the most prominent—and significant—of all of Nelson’s battles was that of the Battle of Trafalgar. Cape Trafalgar on the southern Spanish coast was the location of the most famous battle between the English fleet and Napoleon’s combined French and Spanish fleets, which essentially ended Napoleon’s invasion plans. The British fleet consisted of 27 ships and that of the French and Spanish was 33 ships. Of these 33 ships, 19 were taken or destroyed by Nelson. It is easy to understand why he is regarded as such an effective naval tactician and commander.

In the throes of the battle of Trafalgar, Nelson sent a morale-boosting signal to the English fleet, “England confides that every man will do his duty.” In the book, Nelson: Britannia’s God of War, author Andrew Lambert writes, “The key word was ‘confides’, meaning ‘trusts’: he was not trying to make his men do their duty, but telling them that he had complete faith in them.” This statement, however, was changed due to the absence of a simplified flag hoist for “confides.” Instead, a single flag was hoisted to substitute the word “expects” and the statement was changed, with Nelson’s approval, to “England expects every man to do his duty.”

What was that duty? Every one of Nelson’s beleaguered and battle-hardened mariners was expected to give his life’s blood in defense of England. The hopes of generations to come rested on their diligence, determination and surrender to that clarion call. “Nelson remains a national secular deity, the god of war for troubled times, the last resort against overwhelming odds, guardian against tyranny. In life Nelson met and defeated the greatest challenge to the independence and prosperity of his country, through his genius for war, moral and political courage, and willingness to make the ultimate sacrifice” (ibid., pp. xv–xvi).

Nelson is quoted as saying, “‘Duty is the great business of a sea officer; all private considerations must give way to it, however painful it may be.’” Nelson fell to the deck of H.M.S. Victory after being struck on the left shoulder by gunfire from the enemy ship Redoubtable at about 1:15 p.m. (ibid., p. 303). The musketball sliced through his chest and spine, causing an unstoppable hemorrhage of his lungs, and Nelson drowned in his own blood in the bowels of his flagshipon October 21, 1805. Some of his dying words were, “Thank God I have done my duty!” (ibid., p. 306). He did not ask of others what he was unwilling to give. He gave his life to fulfill his call of duty.

The book of Ecclesiastes states, “Let us hear the conclusion of the whole matter: Fear God, and keep his commandments: for this is the whole duty of man” (Ecclesiastes 12:13, KJV). God expects each man, woman and child to do his or her duty: that of living each day within the confines of the law of God codified in the Ten Commandments (Exodus 20; Deuteronomy 5). Scripture tells us, “For this is the love of God, that we keep His commandments. And His commandments are not burdensome” (1 John 5:3). John further explains what all this means in practice: the penalty for breaking God’s laws must be paid through Jesus Christ, and we must receive the indwelling of God’s Spirit to empower our obedience to God’s laws from the heart (vv. 1–9).

The duty God has given to each of us, should we accept so great a challenge, will bring to us honour and glory unfathomable—the supreme glory of eternal life in the kingdom of God! When asked what one must do to receive eternal life Jesus responded plainly by saying, “if you want to enter into life, keep the commandments.” Horatio Nelson was willing to give his physical life to fulfill what he believed to be his temporary human duty. Jesus Christ gave His life to fulfill His duty as Saviour of all mankind. He does not ask from us anything He was unwilling to do. He kept the Ten Commandments perfectly during His physical life. He will live that same obedient life within those who seek to fulfill the “whole duty” God spells out in the pages of the Bible.

We see that, just as Nelson galvanised the fleet at Trafalgar in reminding them of their duty, so also we should say “God expects every man to do his duty!” Can we see that in fulfilling our obligation to keep the law of God there is promised everlasting honour and glory?

To learn more about what God expects of each of us, read our free booklet, The Ten Commandments. Fulfill the purpose God has given to you and reap the blessings that follow, for it is, indeed, the God-ordained duty of us all. 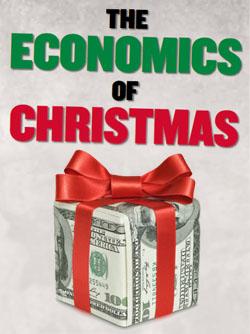 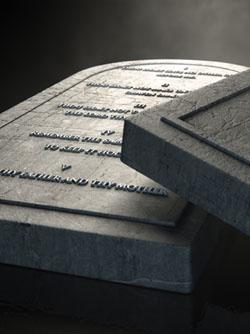