Canada prides itself on being a tolerant and diverse country. But is it diverse enough to accept those who do not believe in the theory of evolution? Notice this recent news report:

Rick Nicholls, an Ontario Member of Provincial Parliament (MPP), found himself skewered by the media for revealing that he doesn't believe in evolution. In the wake of his ridicule and condemnation, another politician has been scandalized by the media and his political party. "Veteran Conservative MP James Lunney, who has repeatedly expressed skepticism about the theory of evolution, is quitting the Tory caucus, citing a deliberate attempt to 'suppress a Christian worldview' at the 'senior levels' of politics" (The Globe and Mail, "B.C. MP quits Conservatives to defend views on evolution," March 31, 2015).

It appears that Canada's most conservative political party can no longer tolerate those who find fault with the theory of evolution. Certainly, politicians are good at reading the direction in which the wind is blowing, so what does this say about the likelihood of questioning evolution in one of the more liberal-minded parties? Questioning evolution is just not politically correct. Tolerance may be found elsewhere, but not when it comes to the theory of evolution.

Television news reports add a dimension not found in print. It is easy to see the not-so-subtle disdain projected by television news reporters toward any "poor ignorant soul" who might not toe the politically correct party line. It is doubtful that reporters would remain on major television programs if they gave any indication of sympathy towards someone perceived to be so foolish as to question evolution in 2015! Diversity is the name of the game, except when a diversity of opinion may challenge a carelessly held belief in an over-reaching scientific theory that will not tolerate any opposition.

Interestingly, some of the most vocal and powerful voices questioning evolution do not come from the religious right, but from highly educated scientists and philosophers. Michael Denton, who received part of his education at the University of Toronto, considers himself an agnostic, even though he is generally credited as the one who ignited the Intelligent Design movement. The late Antony Flew, after 50 years promoting atheism, authored There Is A God: How the World's Most Notorious Atheist Changed His Mind. Flew concluded that new evidence in microbiology could lead to no other conclusion. Yet, while his scientific analysis led him to recognize an intelligence behind life, Flew did not identify that intelligence with the God of the Bible; he assumed an impersonal intelligence at the core of the design of the universe.

At the University of Guelph, just a couple hours up the road from Rick Nicholls' riding ("electoral district" would be the term familiar to U.S. readers) in Chatham/Essex/Kent, Professor Michael Ruse taught philosophy courses for 35 years. Ruse, a passionate advocate for evolution, has since retired to Florida, but he would be among the first to recognize Nicholls' right to express his contrary view about evolution. Ruse, who calls himself a "skeptic" rather than an "agnostic," regularly debates proponents of Intelligent Design, and co-authored Debating Design with I.D. advocate William Dembski.

Ruse is the author of an essay titled, "Why I Think the New Atheists Are a Bloody Disaster." He points out that there are certain metaphysical underpinnings that accompany evolutionary theory, to the dismay of many prominent evolutionists who have been angered by his work. Ruse wrote: "If teaching 'God exists' is teaching religion—and it is—then why is teaching 'God does not exist' not teaching religion? Obviously it is teaching religion."  Though some try to imagine a kind of "theistic evolution" not supported by the actual scriptures of any religion, the fact is that "macro-evolution"—the idea that one species can develop into another—is by definition a theory that has no need for God.

The more we learn from microbiology about the complexity of life, the more faith it takes to believe in a random, unplanned, chance convergence of the many complex events that would need to occur to make life "just happen."  And it is significant that, despite all our technological advances and knowledge about the building blocks of life, mankind has not even once been able to replicate this process and create life from non-life.

Skeptic Denton, in his blockbuster book, Evolution: A Theory in Crisis, explains why so many people are eager to jump on the bandwagon of evolution.  He writes: "The fact that every journal, academic debate and popular discussion assumes the truth of Darwinian theory tends to reinforce its credibility enormously. This is bound to be so because, as sociologists of knowledge are at pains to point out, it is by conversation in the broadest sense of the word that our views and conceptions of reality are maintained and therefore the plausibility of any theory or world view is largely dependent upon the social support it receives rather than its empirical content or rational consistency. Thus… the validity of Darwinian theory… could not even conceivably be wrong" (Denton, pp. 74–75).

So, are Messrs. Lunney and Nicholls really out of touch with reality? And should their sincere questioning of an unproven theory rob them of a place in the diversity kettle in which Canadians pride themselves? Have they been given a fair shake in the media and among their fellow parliamentarians? Not according to Lunney:

"My remarks were inflated by media, blended with other unrelated but alleged heretical statements and became a top story on national media creating a firestorm of criticism and condemnation… it is clear that any politician or candidate of faith is going to be subjected to the same public scrutiny in coming elections.

In a society normally proud of embracing difference, the role of the media and partisan politics in inciting social bigotry and intolerance should be questioned. Such ignorance and bigotry cloaked in defence of science is as repugnant as bigotry of any other origin. It is based in a false construct from another century and is a flagrant violation of a society that is multicultural, multi-racial and multi-faith and strives to be accepting of differences" (The Globe and Mail, March 31, 2015).

Whose "reality" matters, anyway? Certainly not the facile acquiescence required of the politically correct; the Bible warns that only fools claim there is no God, and that these fools' deeds are corrupt (Psalm 14:1; 53:1). Will you believe the arguments of those whose anti-God, pro-evolutionary ideas will "end in destruction" (Philippians 3:18–19)? Or will you believe that God the Father, and His Son, Jesus Christ, are truly the ones who created all things? (Isaiah 42:5; John 1:3). There is evidence! The choice is yours to seek it. 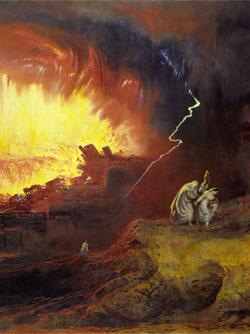 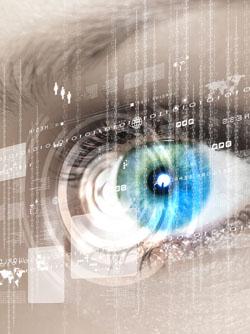 The Human Eye: Window of the Mind