It really is time to “wake up!” Are many of us becoming “asleep at the switch?” A common attitude of millions of human beings is to “go along to get along.” It is often easier to go along with the public mood or situation than to stand against it and take criticism or even persecution. So most people succumb to the “take it easy and go along” approach. Our religious and political leaders often tell us that “all is well.” But, my friends, all is not well!


Just before World War II, millions of Jewish people in Europe hoped against hope that “all is well” and that Nazi persecution of  Jewish people elsewhere would not reach their city or their home. Yet about six million Jews paid with their very lives!

A recent article published in the Times of Israel ought to “wake us up” if we are not already aware of the dangers ahead:

The inspired Word of God warns the modern peoples of the British-descended and American nations many times of what lies just ahead. We try to give you many of these prophecies in detail here in this magazine. In the New Testament, God warns those of us who will live at the very time of the end—in what the Bible calls the “Laodicean Era”—to beware of the “take it easy” attitude so prevalent around us. He warns each one who will listen that every human being needs to learn to be zealous in obeying his Creator and “seeking” God’s Truth. Are you, personally, zealously “seeking” to follow God’s Truth and do your part in God’s Work at the very end of this age?

Many prophecies describe the confused people of the end-time “House of Israel” being brought back from the captivity God describes will come on His people at the time of the end. Speaking through Jeremiah, God states: “And I will cause the captives of Judah and the captives of Israel to return, and will rebuild those places as at the first. I will cleanse them from all their iniquity by which they have sinned against Me, and I will pardon all their iniquities by which they have sinned and by which they have transgressed against Me” (Jeremiah 33:7–8). Almighty God tells us, “But from there you will seek the Lord your God, and you will find Him if you seek Him with all your heart and with all your soul. When you are in distress, and all these things come upon you in the latter days, when you turn to the Lord your God and obey His voice” (Deuteronomy 4:29–30).

Yes, in the “latter days” we need to “seek Him” with all our hearts, as He tells us many, many times! Are you and your family actually doing this?

Are you learning to study God’s Word so that you really understand it? Are you willing to “prove all things” so that you do not just “drift along” with the prevailing religious ideas of this world but rather prove to yourself what God actually says in His inspired Word? Are you learning to discipline yourselves to fast, and seek God persistently—showing your total dedication to seeking your Creator and your willingness to do His will?

Believe me, my friends, God is watching! He is not going to give eternal life to those who just “go along to get along.” Please understand this—for your good and the good of your family and loved ones. So I encourage all of you to begin to study the dozens of powerful booklets we send out from this Work absolutely free. Also, I pray that more and more of you will set yourselves to request your free subscription to our Tomorrow’s World Bible Study Course and actually complete thelessons and study the Word of God so that you are, in fact, able to prove the full Truth and purpose of God in a way you may never have done before. Then, after you have truly proved what God says and where He is working, you can become part of the “team” and do your part in helping to take His message out to this world with increasing power. As Jesus Christ Himself said, “My food [His strength and reason for being] is to do the will of Him who sent Me, and to finish His work” (John 4:34).

Back in the late 1940s and 1950s, I was privileged to be part of the original “team” that helped Mr. Herbert W. Armstrong do this Work with increasing power. But we did not do it “all by ourselves.” We were encouraged by him—and by one another and God’s inspired Word—to truly “go all out” in giving our lives to God, and seeking to understand and to teach His Word and to reach this world as best we could. I am very grateful to have had that opportunity.

As I draw closer to the end of my life, I often think back on those days and wish with all my heart that we could rekindle that kind of zeal among God’s people to truly be willing to work together, to sacrifice together and to proclaim His message so that we have a greater genuine “impact” on the world than ever. As the darkness descends on this world’s society and its governments, let us all strive to be “children of light.” Let us genuinely give our lives to God and be willing to “stand” for something while we have the opportunity. The Apostle Paul was inspired to tell us: “The night is far spent, the day is at hand. Therefore let us cast off the works of darkness, and let us put on the armor of light. Let us walk properly, as in the day, not in revelry and drunkenness, not in lewdness and lust, not in strife and envy. But put on the Lord Jesus Christ, and make no provision for the flesh, to fulfill its lusts” (Romans 13:12–14).

In this Work of God at the end of the age, we are here to help you. If you would like to speak with one of our ministers, please contact us immediately at the Regional Office address nearest you, listed on page 4 of this magazine. We have representatives in many nations around the world. We are trying with all of our hearts to prepare the way for the coming Government of God at the very end of an age. I pray that all of you will begin to “catch the vision” and become truly zealous in seeking God’s will and doing His Work. This will add more meaning to your life. And it will be a huge step forward in preparing you for God’s protection and blessing and membership in the very Kingdom and Family of God soon to be set up on this earth. 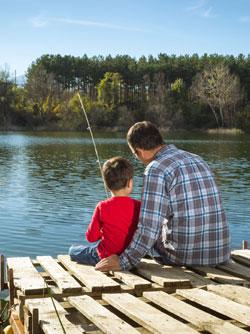 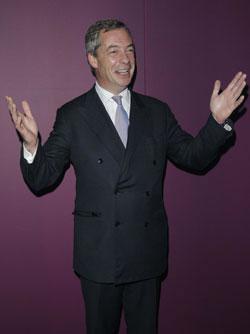 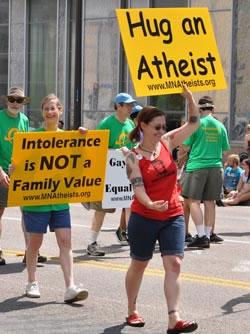