The Holy Bible begins with a scene of sublime power: God's creation of the world around us—and His initial pronouncement in that creation is a statement profound in its simplicity and in the power it represents: "Let there be light" (Genesis 1:3)! Have you ever considered the amazing qualities of the strange substance we call "light"? Truly, it is a wonder of God's creation! What can this work of His hands teach us about our Creator?

He certainly seems to want us to learn something! In His word, God in many places associates Himself and His Son with light. For example, God inspired the Apostle John to refer to Jesus Christ, as "the true Light which gives light to every man coming into the world" (John 1:9). Jesus said, "I am the light of the world. He who follows Me shall not walk in darkness, but have the light of life" (John 8:12). Like light, the teachings and example of Christ illuminate the world to the eyes of those who would live by them.

King David expressed the same sentiment in beautiful and poetic manner, singing to God, "For with You is the fountain of life; in Your light we see light" (Psalm 36:9). Further, when he describes the Family of God—God the Father and the glorified Jesus Christ, and their existence in heaven—the Apostle Paul describes them as "dwelling in unapproachable light" (1 Timothy 6:16). Clearly, God intends us to associate His nature, character and very self with the light He created to fill and illuminate our world.

For instance, exactly what is light? Physicists and researchers investigated and debated that question for many, many years. The debate concerned two seemingly irreconcilable possibilities: Either light was composed of waves, similar to sound waves or a wave of water, or it was composed of particles, small packets of energy flying in straight lines like bullets from a gun.

Waves are not particles, and particles are not waves—and it seemed absolutely impossible for any object to be both a particle and a wave. Yet, the inescapable conclusion after years of research and experiments has been that light is, indeed, both! At times, light acts like a wave, at times like a particle, and, in very strange moments, as both at the same time.

This inconceivable nature of light, existing paradoxically both as a particle and as a wave, can bring to mind the seemingly incomprehensible nature of God Himself. As the Apostle Paul wrote, "Oh, the depth of the riches both of the wisdom and knowledge of God! How unsearchable are His judgments and His ways past finding out!" (Romans 11:33). Indeed, "who has known the mind of the Lord that he may instruct Him?" (1 Corinthians 2:16).

Another astonishing quality of light is its speed. Nothing in the universe is faster! Light travels at approximately 186,000 miles per second. At that speed, a beam of light could travel 25,000 miles, the distance around the earth, in less than two-tenths of a second—literally the blink of an eye!

The laws of physics as we currently understand them say that not only is light unfathomably fast, it is also the fastest thing in the physical universe. No matter how much one might accelerate, one can never, in this physical world, travel faster than the speed of light. It is the ultimate, unsurpassable "speed limit"!

In this aspect of light, it is not hard to see a reflection of the perfect and unsurpassable righteousness and holiness of Our Father in Heaven! As He, Himself, says, "For as the heavens are higher than the earth, so are My ways higher than your ways, and My thoughts  than your thoughts" (Isaiah 55:9). As David says, too, "Your righteousness, O God, is very high, You who have done great things; O God, who is like You?" (Psalm 71:19).

An even stranger aspect of the speed of light is the fact that it is constant and unchanging for all observers, no matter how fast they, themselves, are traveling! This property of light, perhaps the strangest of all, may not seem odd until you think about it a bit. What does it mean?

It is easy to grasp if we think of what it is like to ride in a car.

In other words, the observed speed is relative to how fast the observer is moving.

Not so for light!

Albert Einstein proposed in his famous Theory of Relativity that the speed of light is a constant—always the same—for all observers everywhere, no matter how fast they are traveling, themselves.

For instance, whether an observer is standing perfectly still or driving at a blistering speed of 670,616,628 miles per hour—just one mile per hour slower than the speed of light—it would not make a difference: Light will always appear to be traveling at the exact same speed to every observer in every single case! The speed of light is an absolute constant for everyone, everywhere, at all times!

While it may not seem to make sense, this property of light has been verified time and time again, in experiment after experiment.

This amazing aspect of light—that its speed is unchangeable and immutable for any and all observers and in all situations—should remind us of the faithfulness and constant character of our Creator! As James, the half-brother of Jesus, tells us, "Every good gift and every perfect gift is from above, and comes down from the Father of lights, with whom there is no variation or shadow of turning" (James 1:17). Even the divine name revealed to Moses, "I AM" (Exodus 3:14), reflects God's constancy throughout all time—ever dependable, ever faithful, and ever good.

It is easy to understand why some would consider light to be the most remarkable substance in this entire physical universe—an astounding element of God's wondrous creation! 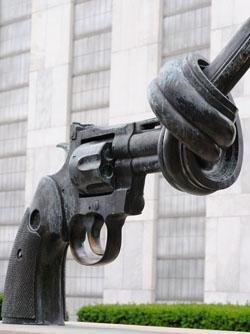 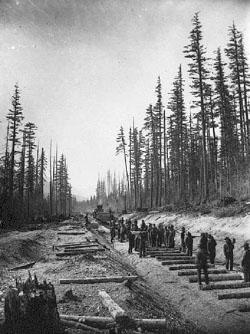