Several years ago, in an interview with Britain's Sunday Telegraph newspaper, the Roman Catholic Archbishop of Westminster, Vincent Nichols, expressed concern about social changes that "[threaten] to undermine communities." Nichols said "relationships are already being weakened by the decline in face-to-face meetings and conversations over the phone," and expressed his worry "that an excessive use or an almost exclusive use of text and e-mails means that as a society we're losing some of the ability to build interpersonal communication that's necessary for living together and building a community. We're losing social skills, the human interaction skills, how to read a person's mood, to read their body language, how to be patient until the moment is right to make or press a point. Too much exclusive use of electronic information dehumanizes what is a very, very important part of community life and living together" ("Facebook and MySpace can lead children to commit suicide, warns Archbishop Nichols," August 1, 2009).

The archbishop's comments led to a fiery response from a Telegraph editorialist, which generated a firestorm of online commentary from readers. Sadly, any intelligent discussion of the problem became lost in a string of online comments that descended into attacks on religion itself.

But was there any merit to what the archbishop was suggesting? Surely the debate over the merits of social networking, texting, tweeting and the like could go on and on, with valid arguments on both sides of the issue. Is it helping us, or is it hurting us as communicators, as individuals, and as members of the human community?

In late April 2016, many were shocked by the podcast Just Not Sports' "Mean Tweet" video, "Men Break Down Reading Mean Tweets to Female Sports Reporters." Millions watched the video of male sports fans reading real comments about sports reporters Sarah Spain and Julie DiCaro to their face. The men who were asked to read the tweets had no idea what they would be reading when they sat down to film. Their discomfort at reading vicious and hateful statements was more than obvious.

Just Not Sports' co-host Brad Burke commented, "What we saw was a visceral reaction that reminds us, it's one thing to write these words onscreen, but it's another thing to say it aloud to someone's face." The video ends with the statement: "We wouldn't say it to their faces. So let's not type it." In other words, face-to-face makes a difference in how we communicate—how we interact with each other, not as machines, but as living, breathing human beings.

When my daughter spent 15 months living 9,000 miles away from home, Skype gave us a free means to see each other and to talk. It was a valuable link that kept us as close as possible under those circumstances. Many use Facebook and Twitter to keep in touch, share ideas and encourage each other. When I worked in the Philippines, texting was an essential form of communication with those who rely on the relatively inexpensive tool because of their limited means.

On the other hand, I was reminded a few years ago that technology has inadvertently created habits that may not be helping us. A friend of mine was on his way to a business meeting, and on the way stopped to grab a cup of coffee. While in the coffee shop, he saw a co-worker sitting in front of his laptop, having an online chat with a friend. When asked where his chat partner was located at the moment, he pointed to someone sitting right on the other side of the coffee shop! When my friend asked why he did not simply go over and talk directly to the man, he was met with an incredulous stare! Imagine—talking face-to-face, rather than chatting online! Who would think of such a thing?!

Recent studies have shown that even though young people today have more means than ever before to keep in touch with each other, they are feeling greater loneliness. Are you? Could too much online or texting interaction and not enough face-to-face interaction have something to do with this? Again, the debate could go on and on, because there are a number of factors that ultimately contribute to the problem. Among young people, including my own children, there seems to be nothing more important than the opportunity to spend time together with each other, face-to-face. So regardless of the arguments for or against online social networking, maybe there still is something significant and needful about interacting face-to-face.

Only Jesus Christ has seen God the Father face-to-face (John 1:18). Yet the biblical leader Moses had the privilege of talking face-to-face with the pre-incarnate Word, the Logos, who became Jesus Christ (Exodus 33:11). Abraham shared this privilege as well (Genesis 18:1). The Apostle Paul longed to see the Father face-to-face (2 Corinthians 5:8). The ancient prophet Isaiah foretold how the descendants of Israel will interact with divine teachers face-to-face (Isaiah 30:20). In the last book of the Bible, Revelation, we are told that part of our destiny is to "see [God's] face" (Revelation 22:4). These scriptures emphasize the significance of interacting face-to-face—that it is something to be desired and engaged in—that it matters.

Regardless of whether we are avid users of online social networking, or have little or nothing to do with it at all, we should never lose the art of effectively communicating face-to-face. It is critical that we maintain a healthy desire for face-to-face interaction, and the ability to effectively and confidently communicate face-to-face, rather than relying largely on electronic means. There is so much to be gained by not only hearing another person's voice, but by seeing their expression and body language, looking into their eyes, and being present with them in close proximity. Our communication and our relationships are enriched when we utilize all the tools our Creator gave us to connect effectively with each other. 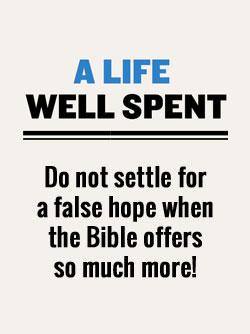 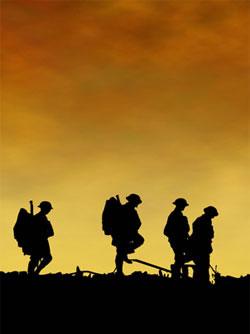 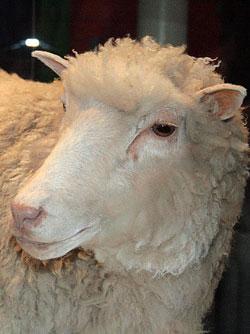