The Man Who Mapped Canada

In 1786, a 16-year-old apprentice took part in his first trip to the vast, little-known interior of northwestern North America. The young man was David Thompson. This year is the 230th anniversary of the start of a fateful journey that would result in the shaping of western Canada and the mapping of its border with the United States. Yet within the story of Thompson's journey lies another tale that should encourage and inspire.


Thompson had spent two years working in remote posts along the shore of Hudson Bay, after being apprenticed to the Hudson's Bay Company (HBC) upon completion of his education at the Grey Coat Charity School near Westminster Abbey, in London. His father had died when David was only two, after which the family fell into poverty. The Grey Coat Charity School provided an excellent education for young boys of little means, with promising students trained to become navigators and eventual midshipmen in the Royal Navy. Young David showed significant aptitude for geometry, trigonometry, algebra and navigation; hence at age 14 he was apprenticed and sent to what now is northern Canada, never to see his homeland again.

His ship, the Prince Rupert, set sail in May, 1784, arriving at Churchill on Hudson Bay later that year. It was a world very different than anything he had known in England, yet even in a state of loneliness and dealing with the unfamiliarity of an often hostile new land, David applied himself to whatever task he was given.

Embarking on a Career

As part of an exploration party that would travel more than a thousand miles inland, up the North Saskatchewan River, Thompson traveled from Churchill to Manchester House where the party was to winter in 1787. Then he traveled by canoe and on foot another 400 miles to winter with the Piegan tribe near modern Calgary. Thompson began to get a sense of the vastness of the land in which he was to work. On his return to Manchester House in December of 1788 he suffered a very serious fall, breaking his leg while hundreds of miles from any medical help. The party managed to transport the injured Thompson back to Cumberland House in northern Saskatchewan, but for months his survival was in question. It took a year for him to recover, and the injury left him with a permanent limp. While recovering, Thompson met Philip Turnor, the Chief Surveyor for HBC. Turnor was an outstanding teacher and Thompson seemed to grasp the concepts of surveying and astronomical observation with ease.

Turnor, himself one of the greatest surveyors of his day, was deeply impressed with Thompson's ability and character, and wrote to the London Committee of the HBC in 1790 that, "should he ever recover his strength far enough to be capable of undertaking expeditions I think your Honours may rely on his reports of the situation of any place he may visit" (Sources of the River: Tracking David Thompson Across Western North America, Sasquatch Books: Seattle, 1994, p. 35).

In September 1792, at age 22, Thompson, equipped with a basic set of survey instruments, set forth from York Factory on Hudson Bay, assigned to find shorter routes for fur traders. In the years between 1792 and 1812, Thompson travelled 55,000 miles, often alone and in arduous conditions, and succeeded in accurately surveying 1,900,000 square miles of previously uncharted territory, a zone equal to one half the area of the United States. The precision of his measurements was not exceeded until the period of aircraft and satellite mapping.

A Man of Honor and Duty

Thompson became known throughout the territory, to natives and Europeans alike, as a man of integrity and honour. He always kept his word, diligently discharging his duties to the HBC and later the North West Company, but especially to his wife and family. In June 1799, he married Charlotte Small, a young lady of part Native American ancestry. At a time when European traders frequently took "country wives" whom they often abused and routinely abandoned upon returning east, Thompson was different; he deeply loved and respected Charlotte. They traveled more than 20,000 kilometers together by foot, canoe and horseback. He appreciated and benefited from her survival and language skills, as she was fluent in Cree, English and French. They were truly a team. Remaining faithfully married for 58 years, they had 13 children. Today they are buried together at Mount Royal Cemetery in Montreal.

In 1817, this most brilliant cartographer was commissioned by the International Boundary Commission to survey and establish a large part of the boundary between Canada and the United States. The opinion of the head of the Commission said much about Thompson: "A gentleman, whom for his rectitude of heart, honesty of disposition, integrity of character and abilities in his profession I shall ever hold in the highest estimation" (A Good and Wise Measure, F. Carroll, p. 99).

Thompson's work still astounds modern cartographers. With primitive instruments, operating in brutally harsh and dangerous conditions, he was able to map a huge portion of the North American wilderness with great precision, while still managing to conduct a fur trade with many different aboriginal nations. Later in life he ran into financial difficulties, and the Foreign Office reneged on a promise to fully reimburse him for a completed atlas, which Thompson had prepared and delivered.

While the end of his life was a financial struggle, with failing eyesight, the love he and Charlotte had for each other remained constant for more than half a century. David died in February of 1857 at the age of 87, and Charlotte lived for just three months afterward.

While the world may remember David Thompson as the greatest land geographer in history, we might take time to reflect on the uplifting joy that David and Charlotte drew from years of faithfulness to each other. Their love and service to one another gave them a happiness, even in times of difficulty. This is a closeness that has been eroded in our modern, Western world, as marriage is mocked and the role of wife is pilloried in the press and entertainment media. David and Charlotte were able to benefit from that which God had ordained for mankind through the institution of marriage; their love encouraged and motivated each other to continue to achieve great things, and to have a happiness that is apart from anything money can provide.

David Thompson may be known for his astonishing prowess as a cartographer, but we should not ignore the rest of his legacy. He and Charlotte were a real team, and an example of the faithfulness and working together for each other's interest that God had in mind when He invented the institution of marriage. If you would like to learn more, please write for our free booklet: God's Plan for Happy Marriage.

Are You Responsive to Jesus Christ? 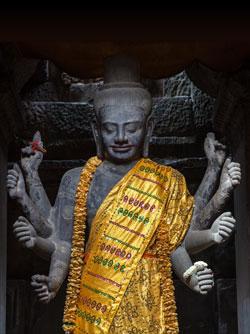 The Rise of World Religions 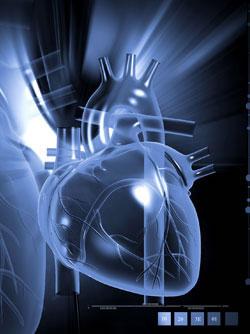