Does God really guide the course of history? Few today realize that Moses, the Exodus and the Israelite kings (David and Solomon) were part of one of the most significant turning points in the history of the world. That turning point affected other powerful nations during a 500-year period from 1400 to 900bc. The "trigger" for this historic change was a spectacular series of events that occurred around 1200bc. Those dramatic events provide a remarkable confirmation that God guides the course of human history—just as the Bible states: "He makes nations great, and destroys them" (Job 12:23), and "He removes kings and raises up kings" (Daniel 2:21).

The End of an Age

The collapse of Bronze Age cultures around 1200bc has been described as "the worst disaster in ancient history, even more calamitous than the collapse of the western Roman Empire" (Robert Drews, The End of the Bronze Age, p. 1). It has also been called "a pivotal moment in history" and "a turning point for the ancient world" (Eric H. Cline, 1177 B.C.; The Year Civilization Collapsed, p. xv). The Bronze Age (3000bc to 1200bc) was a period between the Stone Age and Iron Age characterized by the widespread use of bronze tools, weapons and instruments. It was an age that saw the beginning of writing (cuneiform in Mesopotamia and hieroglyphics in Egypt), the development of law codes, urbanization, centralized governments, empires, the advance of learning in mathematics, astronomy and navigation, far-reaching trade networks seeking sources of tin and copper (to make bronze) and distribution of manufactured products.

The relatively stable world that characterized the post-Flood years of the Bronze Age came crashing down in a few decades around 1200bc, when a series of catastrophes combined in a "perfect storm" that wiped away the signs of civilization in the eastern Mediterranean region. Archaeological studies reveal that during this violent period, "every city in the eastern Mediterranean was destroyed, many of them never occupied again" (Drews, p. 4). Similar destruction occurred in southern Greece and Asia Minor. Causes of the collapse included: climate changes, droughts, famines, disease, earthquakes, volcanic eruption, internal revolts, the increasing use of iron, and invasions by the Sea Peoples that disrupted trade routes that were a vital part of this interconnected world.

The sudden and violent end of Bronze Age cultures saw the break-up of empires, a severe reduction of learning and the demise of once-dominant powers: the Egyptians, Hittites and Trojans in Asia Minor, and the Minoans and Mycenaeans in Crete and southern Greece, who controlled Bronze Age trade routes (see Cline). However, the collapse of the Bronze Age also set the stage for the emergence of "a new set of powers and a fresh start with new civilizations, including… the Phoenicians, Philistines and Israelites" (ibid., pp. 174–175). Yet the end of the Bronze Age was only one phase of this major turning point in history—there was another phase that was a vital part of God's overall plan for mankind.

The Rise of Israel

According to Scripture, a number of milestones—Moses, the plagues on Egypt, the Exodus and the giving of the law at Mt. Sinai—also occurred toward the end of the Bronze Age ca. 1400bc. The collapse of the Bronze Age around 1200bc occurred during the time of the Judges when the twelve tribes of Israel were moving into the Promised Land of Palestine. This was a "time of anarchy and upheaval" (Judges 21:25; Frank E. Gaebelein, ed. The Expositor's Bible Commentary, Vol. 3. Zondervan: 1992. p. 506) just as archaeologists have found. Egyptian inscriptions reveal that among the Sea Peoples who invaded Palestine were the Shardana and Danuna (possibly the Israelite tribe of Dan) who were circumcised and wore horned helmets (Cline, pp. 1–8), much as the Danish Vikings of a later age have been depicted. Cline suggests "the Israelites took advantage of the havoc caused by the Sea Peoples in Canaan to move in and take control of the region" because they would be "among the groups of peoples who will make up a new world order, emerging out of the chaos that was the end of the Late Bronze Age" (pp. 95–96).

When God delivered the Israelites from bondage in Egypt and gave them His law at Mt. Sinai, they were told, "if you will indeed obey My voice and keep My covenant, then you shall be a special treasure to Me above all people" (Exodus 19:5–6; Deuteronomy 7:6–7). God intended that the Israelites, with His laws and His blessing, would stand out from pagan nations around them (Deuteronomy 4:1–8). The divinely revealed religion of these "chosen people" included the monotheistic worship of the One True God, laws that forbade human sacrifice, infanticide, fornication and adultery, lying, stealing, murder and killing for entertainment. The laws of God protected the family unit and promoted equality before the law, individual accountability, education and learning, social responsibility and the importance of patience, mercy and humility (see World Perfect: The Jewish Impact on Civilization by Ken Spiro).

After the collapse of the Bronze Age, with the appearance of the prophet Samuel and kings David and Solomon (about 1000bc), the nation of Israel grew and blossomed, and the real fruits of the laws of God became evident to other nations. When the Queen of Sheba (in southern Arabia) came to visit Solomon, she was astounded when she saw his wisdom and the peace and prosperity of his kingdom (1 Kings 10:1–10). Established in their Promised Land by the hand of God, the Chosen People could provide an example of a better way of life to their neighbors and the world.

In the centuries that followed, the Israelites as a nation did not remain faithful to their covenant with God. God is now grafting many Gentiles into "spiritual Israel" to receive His promises and blessings. Yet the influence of Israel has remained. When the Jews returned to Jerusalem in 539bc, Ezra and Nehemiah labored to restore the religion of their Israelite ancestors (Ezra 7:1–10; Nehemiah 8). Through the efforts of generations of Jewish scribes (Romans 3:1–2), the laws of God were preserved to exert great influence on the laws and values of Western civilization—which led John Adams, America's second president, to conclude, "The Hebrews have done more to civilize men than any other nation" (Spiro, p. 71).

The collapse of the Bronze Age created space for the Israelites to emerge from the chaos of crumbling empires to play an important role as "Chosen People" in one of the most momentous turning points in world history. These dramatic events also illustrate how "the Most High rules in the kingdom of men, and gives it to whomever He chooses" (Daniel 4:25). 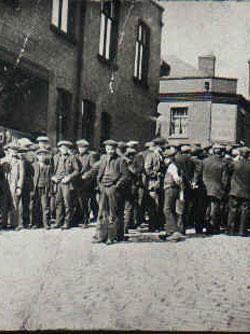 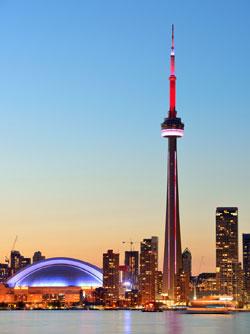