Studies show younger generations increasingly consider the elderly to be a “burden on society.” Is that true? What does God’s word reveal?

Most people accept average life expectancy as a general gauge of a country’s overall health. In most parts of the ancient world, life was short—especially in cities. Average life expectancy in the Roman Empire was around 25 years. Flash forward to the 20th century, where improvements in sanitation, medicine, and nutrition increased average life expectancy to 50 years in many developed nations—like Canada. By 2011, that number had reached 81 (“Life Expectancy,” conferenceboard.ca).

Today in Canada, the number of people 65 years old and over exceeds those 14 years old and younger. According to the National Post, “StatCan said the latest figures were driven by a trend that took root in 2011 and has continued to accelerate—the aging of the baby boomers… Baby boomers now account for 30 per cent of the senior demographic, the agency said” (McQuigge, Michelle, “Canadian seniors outnumber children for the first time in recorded history, StatsCan says,” NationalPost.com, September 29, 2015).

The ever-growing baby boomer population strains Canada’s pension support system. The eligibility age for Old Age Security (OAS) and the Canada Pension Plan (CPP) is 65 years, just a year younger than the average lifespan in Canada when the plan was first introduced. Since then, the average lifespan has increased by almost 20 years.

The growing number of seniors in our society—a group referred to as the “hoary headed” in the Bible—have contributed greatly to the country, and many are still gainfully employed. Sadly, though, many consider them a burden to society.

Attitudes About the Elderly

Is there discrimination toward the elderly, often referred to as ageism? Does what some refer to as the “generation gap” reinforce this notion? In a 2014 article on the website o.canada.com, David Yates asks, “What do you think of when we talk about seniors? Do you think of someone who is rich with life experience, perhaps a grandparent, working hard in the community to share his or her expertise and wisdom with younger generations? Do you think of a poor, helpless old man or woman, isolated and unable to leave their house?” (“Aging in Canada: How well are we treating our elders?” June 13, 2014).

He goes on to illustrate how severe the problem has gotten (emphasis ours):

A 2013 report on ageism from the IFA and Revera illustrates… 63 per cent of seniors aged 66 or older said they had been treated differently because of their age, while a third of all respondents admitted to having treated someone differently because of their age. Among Gen X and Y respondents, the number was 43 and 42 per cent, respectively. Over one in five respondents, furthermore, said they believed older Canadians were a burden on society.

Yates points to Greg Shaw, the head of the International Federation on Aging, who says that such unwarranted discrimination against the elderly is widespread in Canada—something Shaw hopes to combat by bringing the young and the old together in shared activities.

Growing up in Toronto in the late 1950’s, I remember most youth showing the elderly respect. On public transportation, many demonstrated that respect by standing and offering a seat to the elderly; it was just taken for granted as the thing to do—a simple but meaningful way of honouring the “hoary head.” Regrettably, that tradition is less common now.

What value does God place on the elderly? What part will the elderly play in the future, and what part should they play now? Are the oldest members of our society still a valuable resource? Can they still be contributors in our society?

The word of God gives understanding. Proverbs 16:31 teaches, “The silver-haired head is a crown of glory, if it is found in the way of righteousness.” The Bible clearly instructs people to have great respect for those blessed with many years: “You shall rise before the gray headed and honor the presence of an old man…” (Leviticus 19:32).

The Bible also teaches seniors to set good examples for the youth. The Apostle Paul told a minister under his instruction to teach “that the older men be sober, reverent, temperate, sound in faith, in love, in patience; the older women likewise, that they be reverent in behavior, not slanderers, not given to much wine, teachers of good things—that they admonish the young women to love their husbands, to love their children” (Titus 2:2–4). Seniors are to be respected, esteemed, and honoured, because the “multitude of years should teach wisdom” (Job 32:7).

God’s word also instructs that age brings great blessings to those who have striven to spend their years walking in His ways: “The righteous shall flourish like a palm tree, he shall grow like a cedar in Lebanon. Those who are planted in the house of the Lord shall flourish in the courts of our God. They shall still bear fruit in old age; they shall be fresh and flourishing” (Psalm 92:12–14).

What is often called the “generation gap” refers to differences in opinion and preferences that seem to exist between one generation and another, often involving facets of life such as clothing styles, music and entertainment, and the use of technology. The previous generation is seen as a group whose time has passed, to be supplanted by a newer and “improved” generation.

The good news of the Kingdom of God, however, is that Jesus Christ is returning to this world to establish God’s government and a truly just society on this earth—a message that speaks of a time when elders and youth will live together without such a “gap.”

Prophecy tells us there will come a time when the world will look to Jerusalem as an example in many ways—including concerning the relationship between the young and the aged: “Thus says the Lord of hosts:… ‘Old men and old women shall again sit in the streets of Jerusalem, each one with his staff in his hand because of great age. The streets of the city shall be full of boys and girls playing in its streets’” (Zechariah 8:3–5).

God will bring all generations together in shared activities. At that time, the elderly in Canada—and of all nations—won’t fear mixing and mingling with the young, and the young will show honour to the “hoary head.”

In a Tomorrow’s World commentary written several years ago by the late Charles Knowlton, he speaks of a future where the “generation gap” will be no more: “Yes, old and young will mix together with mutual love and respect. Finally, the gulf will be bridged and there will be harmony among people of all ages” (“A Better World is Coming,” Tomorrow’s World, September–October 2011). That time is closer than when he first wrote.

There was a time when older people were highly regarded, respected, and consulted, but now they are too often neglected by a society that wishes to “move on.” However, the current state of affairs will be forever changed for the better when God Almighty establishes His government on this earth. 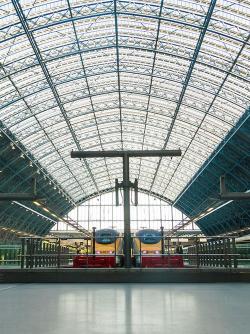 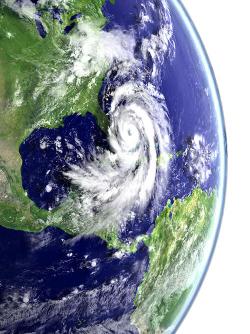