Boys: The Latest Victims of the New Left

The fads that determine our schools’ educational approaches are often ideologically driven—and do more harm than good to our children!


In an article in The Province (June 12, 2014) entitled “The Guys Crisis: Boys are falling badly behind the girls at school,” author Paul Luke states, “By high school, girls’ grade point average outshines that of boys. In Canada, women make up almost 60 percent of university students.” He explains the phenomenon by suggesting that for too long the needs of girls were overlooked in school and now that things are more equitable, girls outshine boys in learning. But is this really the case?

Recently Dr. Jim Dueck, author and former Assistant Deputy Minister of Education for the province of Alberta, and former head of Accountability and Student Assessment, performed a revealing analysis on current practices in student assessment. The results were not only remarkable but very disturbing, exposing what might well be an institutional suppression of the performance of male students.

Dr. Dueck based his analysis on the results of Provincial Diploma Examinations, written by all twelfth-grade students in core subject areas. These standardized examinations are used to determine entrance qualifications to post-secondary programs. Historically, the examinations make up 50 percent of the students’ final mark, with the other 50 percent being assigned by the course instructor.

Given the examinations are carefully designed to measure the students’ understanding of the curriculum, there should be relatively little variation between the teacher-assigned mark and the mark received on the provincial examination. However, as classroom instructional standards have declined due to significant increases in “progressive” or “discovery learning” strategies and less focus on direct instruction, it has been noted that the teacher-assigned marks have been disproportionately higher than the exam mark. This is generally referred to as “mark inflation.”

Dr. Dueck took the analysis a step further and writes, “While grade inflation is a serious problem because taxpayers are not receiving the level of education they believe was purchased, they are also unaware that males’ marks are inflated significantly less. Research now shows this discrimination against males is evident across North America and Europe” (“Males: The Hidden Underclass,” parentchoice.ca).

His analysis of the June 2016 examination results demonstrates that the mark inflation rate for girls was consistently higher in English, Math, Biology, Physics and Social Studies (History). In lower stream (non-university entrance) courses, the teacher-given results showed even a greater propensity to favour females. Yet the results on the provincially-administered examination had males scoring equal to or higher on five out of six subjects.

Dr. Dueck adds, “This advantage translates into more scholarships and placements in prestigious universities, and explains why 11 Canadian universities now have a female population of more than 66%” (ibid.).

Regrettably, as Dr. Dueck points out, the tendency to inflate the educational results of female students seems endemic across Canada, the United States and western Europe. The result, of course, is the significant and potentially catastrophic loss of academic participation of males in the future. This not only will have massive economic consequences, but will also be extremely destabilizing from a social perspective.

Over the past four decades there has been a steady shift in Canadian and American schools from a direct instruction model, where teachers taught a rich knowledge-based curriculum, to discovery learning or constructivist models of teaching. These newer methods can be reasonably well-correlated to declining educational standards across North America.

This change is an outgrowth of the influence of the “New Left” movement of the 50s and 60s. Radical activists, who arose in North America and western Europe, gave birth to many of the violent protests of the 1960s, and influenced later groups with varied interests in the realm of social change in society. Restructuring education was a key vehicle in delivering social revolution. Values of the previous generation, traditional roles, the place of religion, and the histories and literature that told those stories had to be suppressed, with new values and different role models promoted to reshape the opinions of society. The long-disgraced philosophy of “constructivism” was reactivated to disconnect future generations of students from their cultural roots.

The inquiry-based model is designed upon constructivist learning theory. This means that a student is presented with a problem and then draws upon his or her own experience to devise a solution or discover a truth or relationship that will help the student understand a situation or fact. This method can work well with advanced students who have already acquired firm foundations. But many well-known researchers express grave concerns because the method disregards what has become understood by cognitive scientists regarding how the human brain learns. Without a pre-existing base line of knowledge on which to evaluate new information, discovery learning does not work. The approach defies common sense. The general public is unaware of how radical this change in education has been and how it will further disadvantage students—particularly male students, whose learning style needs a foundation of facts.

There is a growing body of research that serves to attribute the apparent advantage females enjoy in the public school system to their more compliant and passive behavior in the classroom (Faculty of Education, Rhodes University: Gender Differences in Conformity). Males are more likely to exhibit skepticism about subject matter and to challenge their instruction. This behavioral difference, essential to scholarship, appears to be the source of negative discrimination in modern schools. As Dr. Dueck points out, “Researchers attribute this female advantage to their more compliant behavior in the classroom. At issue is whether the knowledge of calculus, for example, should be conflated with classroom behavior?” He wonders when governments will “come to understand their responsibility in this mess and reduce classroom teachers’ ability to hamper males from competing on a level playing field” (ibid.).

A “New” Way of Doing Things?

Perhaps it is time for parents and all interested parties in society to realize they have become the unwitting victims of the ideological coercion of the “New Left.” Perhaps people should seek to return to the cultural values that created a strong, well-educated and stable society, in which the potential of young men and young women is developed outside of the framework of a system designed to suppress the potential of boys.

In this context, we should be mindful of a prophecy that was given as a warning to the end-time descendants of Israel: “As for My people, children are their oppressors, and women rule over them. O My people! Those who lead you cause you to err, and destroy the way of your paths” (Isaiah 3:12).

We can look forward to a time also prophesied to come when all people will be treated with equity and fairness, in a society designed for happiness. 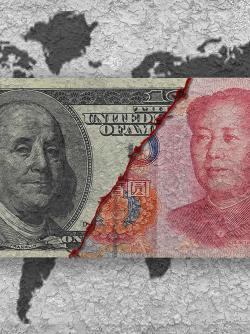 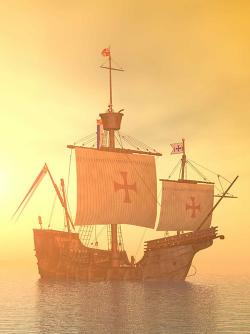