Is it ever acceptable to seek psychics, mediums, or fortune tellers? | Questions and Answers | Tomorrow's World
Tweet

Question: Is it ever acceptable to seek information from “clairvoyants” such as psychics, mediums or fortune tellers? Many people seem to receive great help and comfort from them.

Answer: When they were about to enter the Promised Land, God warned the Israelites not to follow the abominations of the nations He was driving out from before them (Deuteronomy 18:9). God had found those nations detestable because they “listened to soothsayers and diviners” (v. 14), and He specifically forbade the Israelites from engaging in those nations’ abominations, including idolatry, human sacrifice, witchcraft, soothsaying, interpretation of omens, sorcery, casting of spells, mediumship, spiritism and calling up the dead (vv. 10–12). Scripture thus makes plain that such practices are not acceptable for those who seek to obey God.

Some deceivers may appear to be “Christian” or “holy” or “well-meaning.” But notice that Satan’s ministers appear righteous. The Apostle Paul, describing false apostles, wrote: “For Satan himself transforms himself into an angel of light. Therefore it is no great thing if his ministers also transform themselves into ministers of righteousness, whose end will be according to their works” (2 Corinthians 11:14–15).

Jesus Himself warned that “many false prophets will rise up and deceive many” (Matthew 24:11). It is important to realize that those who call themselves “mediums” or “prophets” are in fact deceived—or are deliberate deceivers. God warns: “Beloved, do not believe every spirit, but test the spirits, whether they are of God; because many false prophets have gone out into the world” (1 John 4:1).

One example of a false prophet is the sorcerer Simon Magus, who deceived many in one Samaritan city into thinking that he was “the great power of God” (Acts 8:9–11). When he saw that the Apostles Peter and John had the power to give people the very Spirit of God, Simon wanted to purchase that power with money (vv. 17–20),  but Peter rebuked him (v. 20). Peter then said, “Repent therefore of this your wickedness, and pray God if perhaps the thought of your heart may be forgiven you, for I see that you are poisoned by bitterness and bound by iniquity” (vv. 22–23). Simon Magus had a spirit of rebellion and bitterness. His power came not from God, but from the practice of sorcery. By contrast, Peter and John taught the truth and obedience to God’s Word, backed up by the unmistakable power of the Holy Spirit. Upon seeing this contrast, many people were released from Simon’s deception, and received genuine help leading to the beginning of their salvation.

During the New Testament age, much of the “civilized” world was immersed in idolatry, demonism and occultism (Acts 17:16; 19:18–20). We read of a slave girl, possessed by a spirit of divination, who brought her handlers much profit through fortune telling (16:16–18). Paul, after being harassed by that evil spirit, commanded it to come out—and it obeyed. A true Christian should never seek help from psychic or paranormal sources, since Satan and his demons are either directly or indirectly behind all such activity. Notice the prophet Isaiah’s admonition: “And when they say to you, ‘Seek those who are mediums and wizards, who whisper and mutter,’ should not a people seek their God? Should they seek the dead on behalf of the living? To the law and to the testimony! If they do not speak according to this word, it is because there is no light in them” (Isaiah 8:19–20).

Christians must be on guard against all forms of witchcraft and spiritism. God warns that sorcerers will be burned in the lake of fire (Revelation 21:8). By contrast, those who seek God, and believe and obey what He says, will always be guided by the truth. As Jesus Christ prayed to the Father: “Sanctify them by Your truth. Your word is truth” (John 17:17) 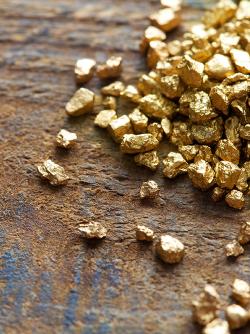 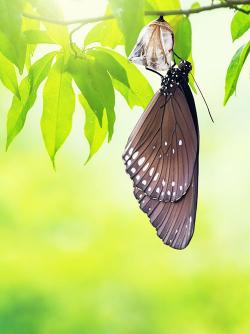 The Butterfly: Master of Metamorphosis