In May 2017, the Canadian Human Rights Commission amended the Human Rights Act to add “gender identity” and “gender expression” to the list of prohibited grounds for discrimination.

This has led to the adoption of provincial policies designed to protect individuals from gender discrimination. For example, Ontario has produced a brochure titled “Gender Identity and Gender Expression.” In this brochure (available at www.ohrc.on.ca), the terms gender identity and gender expression are “clarified” as follows:

Gender expression is how a person publicly presents their gender. This can include behaviour and outward appearance such as dress, hair, make-up, body language and voice. A person’s chosen name and pronoun are also common ways of expressing gender.

What are the origins of gender identity, and where did the concept of gender begin to stray from early dictionary definitions?

If you look up the definition of the word “gender” on the Internet today, you often read something to this effect: a “category of human beings that is outside the male/female binary classification and is based on the individual’s personal awareness or identity” (Dictionary.com). But the word wasn’t always understood this way.

The noun “gender” comes from the Latin word “genus,” meaning a kind or sort, and has been used to categorise individuals within a species as either male, female, or neuter. It refers primarily to the biological distinctions in species. Gender has therefore traditionally been used interchangeably with the word sex, which is used to classify the distinctions between male, female, and neuter with reference to reproductive functions.

However, in the 1950s, psychologist and sexologist Dr. John William Money began using the word “gender” in his journals when describing individuals’ self-perceived sexual identity—how individuals see themselves, as opposed to their genetic makeup. His approach to “gender” was not widely adopted until much later, but Dr. Money is now seen as a pioneer in the psychology of gender fluidity, identity, and expression. He believed an individual’s gender to be a social construct, determined by upbringing and subsequent exposure to what society deems masculine or feminine. He argued that “nurture” overrides “nature.”

In the summer of 1965, in the city of Winnipeg, a mother gave birth to identical twin boys. Dr. Money used these two children as test subjects in an effort to demonstrate the validity of his gender theory.

The boys, named Brian and Bruce Reimer, had difficulty urinating when they were only a few months old, and doctors recommended circumcision without explaining the method that would be used. The procedure was done with an electrical cauterizing machine, which malfunctioned and burnt off part of Bruce’s genitalia.

While watching television months later, the Reimer parents came across the charismatic Dr. John Money describing his work with transgenderism. After they contacted Dr. Money and described their situation, he agreed to help. Bruce, he decided, was to be reared as Brenda.

“Brenda” underwent surgery to remove the rest of his reproductive organs. Under the strict understanding that they must never inform him that he was born a boy, the Reimer parents reared him as a girl. The twins were to meet privately with Dr. Money annually,  so that he could examine and assess their development. The twins later described how he would force them, at a young age, to undress and assume dominant and submissive positions in front of him, saying that he photographed them while this took place.

In the BBC-produced documentary entitled Horizon, their mother, Janet Reimer, was interviewed. “I could see that Brenda wasn’t happy as a girl,” she said. “She was very rebellious. She was very masculine, and I could not persuade her to do anything feminine. Brenda had almost no friends growing up. Everybody ridiculed her, called her cavewoman. She was a very lonely, lonely girl.”

For years, Dr. Money continued to write about his “successful” experiment on the Reimer twins, despite the fact that Brenda later transitioned back to being identified as a male, took the name David, and eventually married. Regrettably, amidst all of this confusion and trauma, both David and his brother ended up committing suicide. The case of the twins is a tragic experiment that should never have taken place, and Dr. Money’s research was unethical, damaging the lives of everyone in the Reimer family.

Many psychologists and sexologists still consider Dr. Money to have been a brilliant scientist, and his gender theory is widely accepted. Downplaying gender determination by chromosomes and reproductive organs, Canadian law and the majority of school curricula across the country have adopted the concepts of gender identity and gender expression.

Until recently, there was little public objection to these concepts, or to the introduction of new laws to prevent discrimination. One vocal opponent to these changes is Professor Jordan Peterson from the University of Toronto, who has received widespread media attention. “Peterson has continued to state publicly he won’t use non-gendered pronouns—especially ones that have been created like ‘ze’ and ‘zir’—which he said ‘compel the use of a particular kind of ideological language’” (Patty Winsa, “He says freedom, they say hate. The pronoun fight is back.” TheStar.com, January 15, 2017).

More recently, Ontario elected Doug Ford as premier of the province. Ford had campaigned to repeal Ontario’s Health and Physical Education Curriculum, which had been introduced by the previous Liberal government. Two months after his election, he instructed schools in Ontario to revert back to the 1998 Health and Physical Education Curriculum, which predated Ontario’s introduction of more modern approaches to gender identity.

Values that change with the election cycles and stories such as that of the Reimer twins demonstrate that society lacks the wisdom and knowledge necessary to rule with justice and fairness. An ancient proverb encourages us to seek out the true source of discernment: “Then you will understand the fear of the LORD, and find the knowledge of God. For the LORD gives wisdom; from His mouth come knowledge and understanding” (Proverbs 2:5–6).

If society continues hurtling down its current track of choice, many of you might consider asking, “How do I get off the train?” The good news is that someday soon, the governments of this world will fall under the government of a wise and powerful Creator. He will impart knowledge and understanding that will correct the wrongs of the past, teaching all humanity—including those who now struggle with gender confusion—how to live vibrant, productive, and happy lives. May that time come soon! 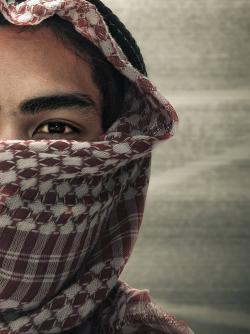 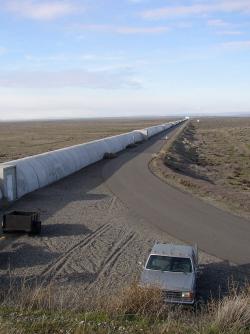