The British Museum in London has recently ended a marvelous exhibition. But why did it conspicuously ignore one of its greatest resources?

Many European cities offer visitors the opportunity to view collections of relics from bygone civilisations. The British Museum in London is a case in point. An exhibition that ended in February 2019, entitled “I Am Ashurbanipal: King of the World, King of Assyria,” displayed before a fascinated public an impressive trove of Assyrian treasures collected principally in the nineteenth century.

The exhibition was drawn mainly from the British Museum’s vast collection of Assyrian artefacts, with additions from the Louvre in Paris and even some from as far away as Tehran. The purpose of the exhibition was to highlight the power of King Ashurbanipal and the bureaucratic apparatus and military machine that enabled him to rule over so much of the then-known world. The ruthlessness of the Assyrian military, displayed in the carved panels that lined the king’s palace walls, would be appalling to anyone reared on the humanistic approaches to warfare established under the Geneva Convention. The brutality of the Assyrians to subjugated rivals or enemies is a well-documented record of history. These panels were not just a display of Assyrian propaganda, but a record intended to strike fear into those who laid eyes upon them.

As I visited this exhibition and roamed the halls of the British Museum, staring at so many limestone reliefs and carvings, I began to feel that life in the ancient Assyrian empire would have been a rather monochromatic visual experience, with little color in the environment to enjoy. But the museum staff had used digital imaging to show how the reliefs must have looked in their original colors, and even the miniscule fragments of pigment remaining on the artefacts themselves hinted at their vibrancy before time and weather took their toll.

Why Is the Bible’s Record Ignored?

Three points immediately came to my mind when viewing this exhibit. First, the curators of the collection had ignored virtually all biblical references. Assyria was a leading world power over a long period that included the lifetimes of several prophets of the Old Testament, and the kingdom features boldly in the pages of Scripture—both as a major world empire and as an adversary of Israel and Judah. The biblical prophets Isaiah, Hosea, and Nahum spoke about the role of Assyria in its efforts to control the world and human destiny. Isaiah records the ruthless power of the Assyrian war machine (Isaiah 10:5–7; 37:10–13, 18), and the biblical record is in excellent agreement with—and provides powerful confirmation of—the depictions of Assyria’s military power on the palace wall panels displayed by the museum. Even the account of Jonah the prophet is built around the tyranny of the Assyrians, whose capital city was Nineveh (Jonah 1:2). Yet throughout the museum’s rooms and displays, there was only scant reference to the biblical record—in effect, silencing the Bible. Contrast this with the practice of previous generations of museum curators and staff, who published books showing the relevance of the artefacts to the biblical record. Why is one of the greatest historical documents in history so neglected in such an unwarranted fashion?

As Melanie McDonagh wrote in her review of the exhibit in the Evening Standard:

The very names are evocative to anyone familiar with the Old Testament: the Elamites, the Babylonians and the Kushites. Few children now learn this, so the effect of these great artefacts is less overwhelming than for the Victorians who first encountered them in the 1840s (“I am Ashurbanipal review: Legacy of Assyria’s ‘king of the world’ gets extraordinary show at British Museum,” November 6, 2018).

The Old Testament actually goes further than just recording the names mentioned by Ms. McDonagh. The book of Genesis records the origins of the Assyrian Empire, along with the cities it founded (Genesis 10:10–12), and these accounts were an integral part of the archaeological quests that began in the nineteenth century. Actually, if it weren’t for the biblical record of Assyria, the intrepid and adventurous searchers of the nineteenth century would not have looked for this forgotten empire, and these artefacts so effectively displayed would likely not be part of the British Museum’s heritage.

Secondly, it is worth mentioning that amongst the 26,000 tablets found in Ashurbanipal’s library were a number that confirmed history as recorded by these biblical accounts. In fact, as Josh McDowell notes in his book The New Evidence That Demands a Verdict, “Every reference in the Old Testament to an Assyrian king has been proven correct” (1999 edition, p. 111). Of course, we might remember that the Assyrians appear to have only recorded their successes, and made little or no mention of their failures. So when the Assyrians attacked Jerusalem and lost their entire army, as recorded in 2 Kings 18 and 19, the Assyrian clay tablets only stated, “Himself [referring to King Hezekiah] I made a prisoner in Jerusalem, his royal residence like a bird in a cage” (Pritchard James ed., Ancient Near Eastern Texts Relating to the Old Testament, 3rd edition, 1969, p. 287). This was a remarkable claim because usually the Assyrians would have ensured that they fully entered the enemy city and captured its king. The clay tablet record shows that the Assyrians failed in this attempt, unable to enter Jerusalem and capture Hezekiah, and confirms the essence of the biblical account.

Thirdly, museums, by their nature, focus on the past. They are collections based on and shaped by the rise of anthropological studies driven by the Enlightenment. Past generations had an insatiable appetite for understanding the origins and identities of peoples, both ancient and modern.

But what many in past and present generations have not understood is that Assyria also has a future that is still yet to unfold!

The greatness of the Assyrian past, portrayed by the curators at the British Museum, was an unwitting precursor to what lies ahead, providing a salutary lesson to all who viewed this exhibition. In previous editions of Tomorrow’s World magazine, and on our companion television program of the same name, we have addressed Assyria’s role in the end-time scenario set out in the Bible—a scenario which is coming into existence right before our eyes and on display in our daily headlines. For more information about this future role, visit our website at TomorrowsWorld.org and watch the video “The Lost Empire of Assyria.” Also read articles such as “Resurgent Germany: A Fourth Reich?” and “Deutschland Über Alles!” by Douglas Winnail, or write to us at one of the Regional Offices listed on page 4 of this magazine for reprints of them.

Detailed reviews of the British Museum’s exhibition are available online. 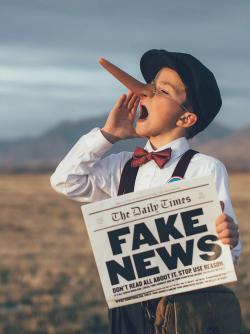