The clock ticks at an astonishing rate. Numbers in the far right column change before they can even be read. Higher and higher they go. This is no ordinary clock. It is a “debt clock” that allows viewers to watch as Canada plunges further into the abyss of debt. At the time of this writing, the clock reads $690.8 billion and climbing.

Were Canada’s debt divided evenly among its citizens, each person’s share of the debt would be $18,688. But that is only one person’s share of the national debt. Readers in British Columbia would each need to add $14,200 more to account for their share of the provincial debt. Those in New Brunswick or Ontario would need an additional $18,206 and $21,724, respectively. Other provinces are in a similar condition.

While you may not have been aware of the specific numbers, the fact that Canada and most other Western nations have put themselves in such an incredibly poor financial position is likely unsurprising. Many are quick to blame the government for the failed policies and dismal planning that have certainly contributed to the current situation. Less frequently discussed, however, is the looming crisis of dangerously high levels of household debt.

Speaking at the Chamber of Commerce in Yellowknife in the Northwest Territories, Stephen Poloz, Governor of the Bank of Canada, stated succinctly, “For most Canadians debt is a fact of life, at least at some point” (“Canada’s Economy and Household Debt: How Big Is the Problem?” BankofCanada.ca, May 1, 2018). Canadian household debt has surpassed $2 trillion. That’s an additional $54,000-plus per person.

Two trillion dollars can be difficult to fathom, so it is often broken down and described in terms easier to comprehend. Comparing debt to disposable income (how much income remains after taxes) can help paint a clearer picture. Canadians, on average, owe roughly $1.70 for every dollar of disposable income. Poloz describes this figure as “a Canadian record, and up from about 100 per cent 20 years ago.” A rise of 70 percent in 20 years should be enough to give everyone pause. Of course, there are some who are debt-free, and others who have their debt well under control. Consider that a mere 8 percent of Canadian households owe more than 20 percent of that $2 trillion in household debt.

For 10 per cent of Canadians, the margin of error when it comes to household finances is even thinner, at $100 or less. But those with anything at all left at the end of the month were in better shape than many: A whopping 31 per cent of respondents said they already don’t make enough to meet all their financial obligations (Erica Alini, “Over half of Canadians are $200 or less away from not being able to pay bills” GlobalNews.ca, May 8, 2017).

Changing the Way We Live

It is not surprising that the current economy is affecting the way Canadians live their day-to-day lives. Home ownership used to be a “life milestone,” viewed as an eventuality for most. One would expect to graduate, get a job, marry, and buy a home. In August 2017, Maclean’s ran a headline that bluntly stated the new reality. “For many young Canadians, home won’t be a house” (Kevin Carmichael, Macleans.ca, August 14, 2017).

The article goes on to say,

There was a time when Canada built more single-family homes than multi-family units. The relationship has reversed, and the gap between apartment living and the prospect of backyard barbecues has never been wider in Canada’s cities… A generation of Canadians that took space for granted is now discovering that their future will be measured in 900 square feet or less. That needn’t be a big deal, except… it is a big deal for a lot of people.

Research has verified what most already know to be true. Being in debt greatly affects how one makes important decisions in life. Those with significant debt are far more likely to put off marriage or having children (Shankar Vedantam, “How Student Debt Affects Personal Choices of Young People,” NPR.org, June 8, 2016). It remains to be seen just how this continuously soaring debt will affect many aspects of life.

Debt is not a place in which most people would like to find themselves. Breaking free from debt requires taking a close look at our activities, habits, and priorities. While not every personal debt is the result of poor decisions, much of the debt that burdens people is the result of wanting the latest piece of technology, the bigger house, the faster car, or designer clothes.

King Solomon wrote about the folly of materialism: “He who loves silver will not be satisfied with silver; nor he who loves abundance, with increase” (Ecclesiastes 5:10). For many, enough is just never enough. If your priorities are material, ask yourself if those physical items really provide the key to a productive and happy life. Debt and stress often go hand in hand. That momentary rush from a new purchase may quickly be replaced with anxiety, worry, and fear, if it results in greater debt.

One of the keys to escaping debt is learning to be content. Contentment does not mean we never strive to improve ourselves or our economic situation and circumstances. Rather, it means learning to find happiness that is not dependant on the material aspects of life. The Apostle Paul experienced many highs and lows throughout his life. He described to the church at Philippi the necessary quality of being content, something he learned through many trials and difficulties:

Contentment is not a function of how much one possesses, but rather of one’s outlook on life, and one can learn to acquire that outlook. It follows from learning to truly value the more important things in life, such as friendship and the beauty of our everyday lives. And it can be built on a reputation for honour, diligence, and godly living. And it provides a means of escaping a destiny of debt. 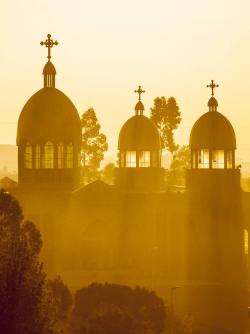 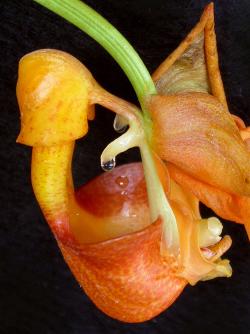 There’s a Hole in the Bucket