Is there more to life than mere "prosperity"? What is true prosperity, anyway? Your Bible gives an answer that you can live by!

Today, looking back on several years of turmoil in Iraq, it may be hard to remember just how popular the current U. S. President's father was at the end of the "first Gulf War." In the spring of 1991, President George H. W. Bush held an almost-unprecedented 89 percent approval rating when an obscure Democratic governor named Bill Clinton hoped to unseat him.

To deflate Bush's seemingly insurmountable lead in the polls, Clinton's colorful political strategist James Carville emphasized a simple-yet-incisive slogan: "It's the economy, stupid!" Within 18 months, Bush's approval rating had dropped by 60 percentage points, and Clinton was elected as the 42nd President of the United States.

Carville clearly understood the dominant American mindset. And the state of the economy is important for people's physical well-being. But when we look to the economy at the expense of all else, our values go awry, leading to a materialistic short-term mentality—and often to spiraling personal debt as we strive to "keep up" with those around us.

Yet this predicament is not new. Anciently, the prophet Haggai described the situation: "Now therefore, thus says the Lord of hosts: 'Consider your ways! You have sown much, and bring in little; you eat, but do not have enough; you drink, but you are not filled with drink; you clothe yourselves, but no one is warm; and he who earns wages, earns wages to put into a bag with holes'" (Haggai 1:5–6).

Jesus told a story about a man who looked only to the economy. "Then He spoke a parable to them, saying: 'The ground of a certain rich man yielded plentifully. And he thought within himself, saying, "What shall I do, since I have no room to store my crops?" So he said, "I will do this: I will pull down my barns and build greater, and there I will store all my crops and my goods. And I will say to my soul, 'Soul, you have many goods laid up for many years; take your ease; eat, drink, and be merry.'" But God said to him, "Fool! This night your soul will be required of you; then whose will those things be which you have provided?"'" (Luke 12:16–20).

This man kept his mind focused on his economic gain. And God called him a "fool"!

Those who watch only the economy will be misled. Jesus Christ warned that many will be carrying on "business as usual" right up until the time of His return: "And as it was in the days of Noah, so it will be also in the days of the Son of Man: they ate, they drank, they married wives, they were given in marriage, until the day that Noah entered the ark, and the flood came and destroyed them all. Likewise as it was also in the days of Lot: they ate, they drank, they bought, they sold, they planted, they built; but on the day that Lot went out of Sodom it rained fire and brimstone from heaven and destroyed them all" (Luke 17:26–29).

Are you seeking God's kingdom, and His righteousness, as a way of life? Prosperity can last only if it is based on godly principles. Both individually and as a nation, we should seek first the Kingdom of God. Only then can we truly prosper. 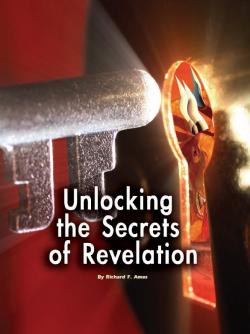 Unlocking the Secrets of Revelation 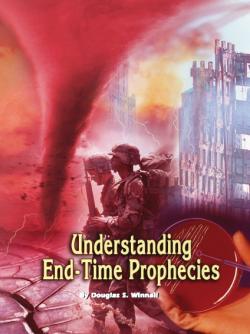 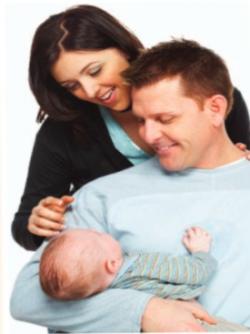