Many take issue with the presence of biblical principles in public matters. Yet the Bible has long been a fundamental part of our legal systems.

Historians have often remarked that the laws of the English-speaking world have been largely based on those recorded in the Bible. Recently, a viewer of one of our Tomorrow’s World Viewpoint videos, “Is Tradition Important?” challenged that assertion. He wrote, “I must disagree that The Bible is the source for ‘most of our laws.’... Any actual modern laws that define us as ‘Western’ cultures were only conceived during the Enlightenment, Protestant Reformation, etc.”

Many people today would likely agree with that statement. So, what is the truth in this matter? Are the laws of our land rooted in the biblical text?

A Legacy of Biblical Precedent

Recently, I received a paper that had been prepared by a lawyer, Mr. Keith Stoner, in 1984. In it, he referenced several historical events revealing the source of most basic laws of the English-speaking world.

In England, the Anglo-Saxons were united under Alfred the Great from AD 871 to 899. King Alfred included in the laws of England some of the biblical laws, a fact confirmed by Encyclopædia Britannica: “The outstanding name of the 9th century is that of King Alfred the Great. He appended to his laws a free translation of the Ten Commandments and an abridgement of the enactments of Exodus 21 to 23” (“Biblical literature,” Britannica.com).

During the reign of Henry VIII (1509–1547), England’s marriage laws were refined using the Bible. Henry and his advisors decreed, “All persons may lawfully marry, but such as are prohibited by God’s law.” They cited Leviticus 18 as the authority defining prohibited marriage relationships. Also quoted in the marriage laws of the time were sections of Leviticus 20 (“The Canon Law of the Henry VIII Divorce Case,” Phillip Campbell, Madonna University, June 14, 2009). The statutes Henry VIII decreed have guided our law on this matter until very recent social pressures began to force changes.

Sir William Blackstone authored Commentaries on the Laws of England, the first volume appearing in 1765. This was the first text in England that set out all existing laws of the land and commented on their source. In the Introduction, pages 39–43, Blackstone makes the following assertions:

Thus when the Supreme Being formed the universe, and created matter out of nothing, He impressed certain principles upon the matter, from which it can never depart…. This will of [man’s] Maker is called the law of nature…. This law of nature… is binding over all the globe… [and] no human laws are of any validity, if contrary to this…. The doctrines thus delivered we call revealed or divine law, and they are to be found only in the holy scriptures…. Upon these two foundations, the law of nature and the law of revelation, depend all human laws; that is to say, no human laws should be suffered to contradict these.

From 1750 to 1900, the British Empire spread and carried with it Britain’s laws. That body of law, though imperfectly implemented, was designed to produce peace and order in the family and the nation. It should not be surprising that the Empire’s legal systems were known for fairness. Even modern-day China has sought advice from British and Canadian judges and lawyers in developing a sound legal system.

Although the Thirteen American Colonies rejected British rule because of perceptions of unjust governance, they preserved the British legal system. Even judicial precedents of courts in Britain were retained by the United States government as “case law.” Both sides maintained Common Law, which formally recognized God’s law as the foundation of the law of the land.

The case of The King v. Taylor in 1676 is a famous English example. In that case, Lord Chief Justice Hale is reported to have judged, “Christianity is parcel of the laws of England, and therefore to reproach the Christian religion is to speak in subversion of the law” (Encyclopædia of the Laws of England, ed. A. Wood Renton, Vol. 3, p. 10).

Even two centuries later in the United States, Pennsylvania Supreme Court Justice William Strong stated in the case of Sparhawk v. Union Passenger Railway Company, “Christianity is a part of the Common Law of this state…. It was part of the Common Law of England before this state was settled… and it is an indictable offense at common law to write or speak of Christianity contemptuously or maliciously” (Pennsylvania State Reports, Vol. 54, 1868).

It is simply incorrect to suggest that the laws of the English-speaking world are not inexorably linked to the Bible. History shows that when these laws were implemented, however imperfectly, they produced a society that other nations admired and sought to emulate. Yet now, many of society’s leaders, legislators, and judges disdain and are wholeheartedly striving to erode, eradicate, and defame the influence of biblical law.

Can We Govern Apart from God’s Law?

One example comes from the Canadian province of Alberta, where the Minister of Education issued a letter in 2018 to a number of independent religious schools. They were ordered to remove certain statements or phrases from policy or face being defunded or decertified. Listed at left are some of the “offending” phrases the government wishes to eliminate and the reasoning behind doing so.

The demand that statements reflecting deeply held religious views be removed from the policies of religious schools is a direct and overt attack on the fundamental principles of freedom of religious expression, freedom of speech, and freedom of association. Lives have been lost defending such freedoms.

It is worth taking some time to consider the conditions that enabled the English-speaking world to achieve what it did, and to carefully evaluate the consequences of repudiating them.

The Bible long ago warned of a coming rejection of truth, justice, and the principles of biblical law: “Justice is turned back, and righteousness stands afar off; for truth is fallen in the street, and equity cannot enter. So truth fails, and he who departs from evil makes himself a prey. Then the Lord saw it, and it displeased Him that there was no justice” (Isaiah 59:14–15).

Departure from divine, biblical law will thus drive Canada and the other Western nations toward injustice, chaos, and anarchy. Let us hope that Canada will rethink its choices.

Phrase: “We believe men and women were created in the image of God, after His likeness, and therefore have transcendent, intrinsic worth.”
Alleged Violation: “unwelcoming, uncaring and/or disrespectful”

Phrase: “To develop godly attitudes toward marriage and the family along with the understanding and skills needed to establish a God-honouring home.”
Alleged Violation: “unwelcoming, uncaring and/or disrespectful”

Phrase: “the unchangeable and infallible truth of the Word of God”
Alleged Violation: Disrespects diversity

Phrase: Occurences of the word “truth” in the policy.
Alleged Violation: Disrespects diversity 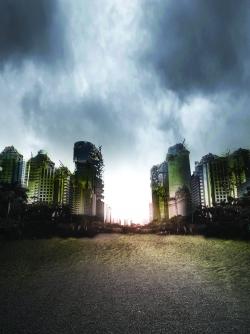