Ezekiel's prophecy about the resurrection of the dead | Will the dead in Flanders Fields live again?
Tweet

Flanders Fields and the Valley of Dry Bones

The book of Ezekiel contains one of the most important Bible prophecies about the resurrection found in the Old Testament. What can it teach us about hope for all those tragically slain in war—and for the rest of mankind?

In the spring of 1915, Lieutenant-Colonel John McCrae attended to the wounded after the Second Battle of Ypres in Belgium. The battle was the first in which poisonous gas was used as a weapon of warfare. McCrae, an established physician, was himself gassed, and the chlorine greatly aggravated his asthma. The 1st Canadian Division had managed to capture a section of the trench in the Ypres Salient, an area on the outskirts of Ypres that was of great strategic importance to the Western front. In doing so, this division had made history, becoming the first former colonial force to defeat a European power in Europe. I remember visiting the fields of Ypres as a young teenager and listening to our Canadian tour guide explain the legacy of the Canadian forces and their daring feats of bravery in the dire stalemate of trench warfare.

Saving the Wounded—and Honouring the Slain

Born in 1872 in Guelph, Ontario, John McCrae was also an author, poet, medical surgeon, professor of medicine, and artist. He had previously served in the Canadian armed forces during the Boer War, and had been in his early forties when Britain declared war on Germany at the beginning of World War I. He had enlisted without reservation, and while a medical officer at Ypres, he had witnessed the tragic carnage of war, which resulted in the poppy-covered fields becoming strewn with grave markers. After the death of a young friend, he penned the now renowned poem “In Flanders Fields”:

In Flanders fields the poppies blow
Between the crosses, row on row,
That mark our place; and in the sky
The larks, still bravely singing, fly
Scarce heard amid the guns below.

We are the Dead. Short days ago
We lived, felt dawn, saw sunset glow,
Loved and were loved, and now we lie
In Flanders fields.

Take up our quarrel with the foe:
To you from failing hands we throw
The torch; be yours to hold it high.
If ye break faith with us who die
We shall not sleep, though poppies grow
In Flanders fields.

Nearly 6,000 Canadians lost their lives outside Ypres during this battle, many expiring in agony after inhaling chlorine gas. Yet this is a metaphoric teardrop in the watery craters of World War I’s fatalities, as an estimated 9.7 million military personnel lost their lives in addition to the 21 million wounded and ten million civilian deaths (“World War I casualties,” Reperes, 2011). World War I was a watershed moment in mankind’s tumultuous history of warfare, and because of McCrae’s poem, the red poppy has become the symbol of remembrance for all those who died in it. However, what followed was of far more severe and widespread consequence.

Lieutenant-Colonel McCrae contracted pneumonia and meningitis on January 23, 1918, after providing more than three years of wartime medical care for the injured and dying. Days later, the Spanish Flu pandemic began. Over the next two years, nearly 50 million people succumbed to that deadly outbreak, with some sources suggesting that this figure is a drastic understatement (“Updating the accounts: global mortality of the 1918–1920 ‘Spanish’ influenza pandemic,” National Center for Biotechnology Information, 2002). By 1920 the total death toll from the Great War and ensuing influenza had killed around 8 percent of the global population of the time (based on highest estimated deaths for WWI and the Spanish Flu—40 million and 100 million, respectively—and an estimated global population of 1.8 billion).

In Canada, a country with a population of around eight million at the outbreak of the war, nearly 61,000 were killed in battle and an estimated 50,000 died from influenza (“The Cost of Canada’s War,” WarMuseum.ca; “1918 Spanish Flu in Canada,” The Canadian Encyclopedia, March 19, 2020). The vast majority of these casualties were young, healthy men, many of whom were the main wage earners for their families. The combined consequences of the virus and the war can never truly be quantified.

Thankfully, the events of the twenty-first century, including the COVID-19 pandemic, have not yet resulted in the mass casualties of the early twentieth century. But our future holds the same grim realities of pain, sorrow, death, and sacrifice. The Bible, specifically the book of Revelation, foretells devastating conflicts and wasting diseases. Such suffering is the sad result of mankind’s individual and collective decision to choose for ourselves the way we live and to write our own rules of social restraints and public order.

The Vision of the Valley of Dry Bones

We must recognize that we lack the foresight to anticipate all the effects of our actions when we stray, even with the best of intentions, from the handbook given to us by our Creator. As history repeats itself, so will the disease and conflict of the twentieth century. Yet there is a prophecy found in the book of Ezekiel that shines the light of hope at the end of the proverbial tunnel.

The hand of the Lord came upon me and brought me out in the Spirit of the Lord, and set me down in the midst of the valley; and it was full of bones. Then He caused me to pass by them all around, and behold, there were very many in the open valley; and indeed they were very dry. And He said to me, “Son of man, can these bones live?” So I answered, “O Lord God, You know” (Ezekiel 37:1–3).

The prophecy that follows looks forward to a time when all victims of mankind’s ill-fated self-rule will rise to life again from the ground—including from those poppy-laden fields around Ypres. Then, as we read in Ezekiel 37:6, God “will put sinews on you and bring flesh upon you, cover you with skin and put breath in you; and you shall live.”

What is the glorious result of this prophecy? “I will put My Spirit in you, and you shall live, and I will place you in your own land. Then you shall know that I, the Lord, have spoken it and performed it” (v. 14). All human beings will know their Maker and will finally get a chance to live His way of life, no longer the victims of sin and the suffering it brings but, instead, living memorials to the wisdom of His plan of salvation.

If you’re looking for some good news, there you have it! The suffering of this day and age will soon come to an end and be replaced with life, abundantly and forevermore! 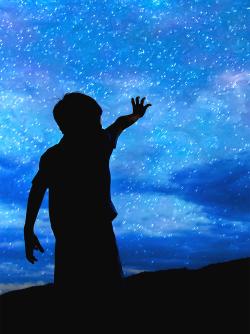