Tomorrow's World continues to follow world trends | Keep your eyes on Europe, the Middle East, and the Great Reset
Tweet

Tomorrow's World is excited to announce positive growth trends in 2020, and humbly devoted to continuing its service in bringing the good news message to its followers and the world in 2021!

Great news! Tomorrow’s World magazine will increase from its previous six issues per year to ten issues per year—beginning with the one you are holding! During a year everyone was happy to see end, when economies around the world shut down, God made it possible for Tomorrow’s World to increase to ten issues yearly. Only for April-May and October-November will we have bi-monthly issues.

Beginning next month, we will reduce the magazine’s size from 36 pages to 32, but you will actually receive more than 100 additional pages over the course of the year. God has put us in a position where we believe this is sustainable, and we look forward to touching base with you more often. This expanded yearly content will also accommodate a greater variety of writers.

At the same time, the year 2020 saw a 33 percent jump in Tomorrow’s World subscriptions, adding about 100,000 subscribers in one year. This brought us to over 420,000 subscribers to our English-language magazine for January 2021. While this is wonderful news, we must manage the number to stay within budget constraints, and we do this with an active renewal program. When a subscriber has not contacted us at all for a period of time, we send that subscriber a renewal notice. Since the magazine is and will always be sent free of charge, we want to know if people are still interested in receiving it and are living at the address where we send their issues, or if some prefer to read the magazine online. And—sorry to add this—we want to know whether they are still among the living!

Therefore, if you receive a renewal notice and still want this magazine, be sure to return the notice, renew your subscription online, or call our office nearest to you and let us know you want to continue receiving your free subscription to Tomorrow’s World. As I sometimes remind our staff, our goal is to have a large readership, and not just a large subscribership. Nevertheless, we are very pleased that we have so many new subscribers—and we appreciate you old-timers as well, who have long found Tomorrow’s World of value.

Ready for a Reset?

Everyone is looking forward to a brighter and less traumatic 2021—which may or may not come. According to Bible prophecy, many geopolitical and cultural shifts must take place before the return of Jesus Christ. Hints of dramatic changes are all around us. With everything that happened last year, you can be forgiven for not knowing about the “Great Reset.” Most people are likely to know about it soon, but whether it will be pulled off remains to be seen. If it is, our world will change dramatically, as an opinion contributor to The Hill stated:

At a virtual meeting earlier in June hosted by the World Economic Forum, some of the planet’s most powerful business leaders, government officials, and activists announced a proposal to “reset” the global economy. Instead of traditional capitalism, the high-profile group said the world should adopt more socialistic policies, such as wealth taxes, additional regulations, and massive Green New Deal-like government programs (“Introducing the ‘Great Reset,’ world leaders’ radical plan to transform the economy,” The Hill, June 25, 2020).

Klaus Schwab, founder and Executive Chairman of the World Economic Forum, believes that “all aspects of our societies and economies” need to be “revamped” (The Hill). Clearly, the Great Reset involves far more than the cancellation of debts—it envisions a total overhaul.

Again, whether something that would affect every country in the world can even be humanly pulled off is a huge question. However, as explained in Dexter Wakefield’s article starting on page 18, well-known and powerful people are supporting the Great Reset, and what better time to “reset” the world than now, when nations reel from the economic fallout brought on by COVID-19? Citizens and nations are also badly divided, and socialistic ideas are taking hold even in the United States.

Central to much of the Great Reset is climate change and the need to “save the planet” while we still have time. Whether man-made climate change is real or one of the greatest hoaxes of all time is somewhat moot, as the idea of it has already been sold to much of the world. The alarm bells are ringing, and according to those promoting the idea, time is short, giving greater urgency to the Great Reset. Note this recent story from The Washington Post:

The Climate Clock unveiled by artists Gan Golan and Andrew Boyd warned at 1:30 p.m. Monday that there were seven years, 101 days, 17 hours, 29 minutes and 22 seconds until Earth’s carbon budget is depleted, based on current emission rates (“How long until it’s too late to save Earth from climate disaster? This clock is counting down,” The Washington Post, September 21, 2020).

Wow! By the time you receive this magazine, according to this account, there will be less than seven years left before human existence as we know it is doomed! (Cue dramatic music.)

However, those of us who have lived a bit longer and still retain memory beyond that of a Swedish teenager at the United Nations can remember alarm bells over “global cooling” in the 1970s, how this somehow changed into “global warming” a decade or two later, and how it finally morphed into “climate change” to cover all eventualities—each time proclaiming catastrophe within ten years if drastic steps were not taken.

Of course, earth’s climate does change; we have had periods of cooling where large sheets of ice covered much of the Northern Hemisphere. Then there was the global warming period around 1000 AD. It was followed by the “Little Ice Age,” which caused crop failures, famines, disease, social unrest, many cultural changes, and even significant geopolitical changes. If mankind is causing irreversible damage to earth’s climate and we only have seven years left to act, we are indeed in serious trouble. But the point is that climate change, income inequality, the economic crisis with staggering private and public debt brought on by COVID-19, terrible national divisions, and societal expectations are all fueling calls for drastic action. In times like these, radical policy changes can occur, and while such changes may look good in the beginning, they do not always end well.

Tomorrow’s World has encouraged our readers to watch for Europe to move to the front of the world’s power structures, replacing the countries of the Anglosphere. We also know that there will be a brief period of prosperity at the time of the end (Revelation 18–19). The Great Reset may be the beginning of that transformation, or it may be another humanly devised, failed attempt that will only spur a more successful one to follow. Time will tell, but the Great Reset is something to watch. Something dramatic is going to bring ten leaders together under the sway of a charismatic, secular leader to form what the book of Revelation refers to as “the beast,” and the leader of that power will work alongside an influential religious leader (Revelation 13; 17). Whether through the Great Reset or by some other means, you may very well live to see this happen, so be sure to follow developments in Europe and the Middle East in the pages of Tomorrow’s World. 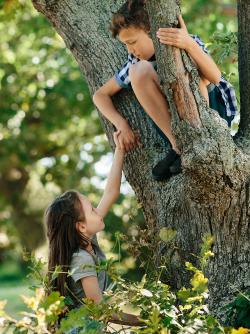