Bullying: Why Is It Getting Worse | Tomorrow’s World
Tweet

In an online society increasingly drifting away from biblical values, bullying takes on an even more sinister edge. How can you teach your children to resist the no-holds-barred jungle of the cyber world?

Nate Bronstein was a bright, funny, 15-year-old boy, one of five children in the Bronstein household in suburban Chicago. After transferring schools in 2021, his life took an unexpected and devastating turn. It all started in December at a junior varsity basketball game he attended (but didn’t play in, because of a previous foot injury). His mother relates the story:

When the game started, Parker [Nate’s former school] was ahead by 20 points… Our son had posted a “W,” implying win, on an Instagram page, implying that Parker was winning the basketball game. That’s all he did. He posted a “W.” That post then created a backlash…. He got a Snapchat, and he was attacked over a JV basketball thread with 20 students. And it went from about 9:30 at night to about 12:30 at night—it did not stop…. For two weeks after that, that Snapchat message and the text messages, not only circulated throughout the Latin School and the Parker School, but throughout other high schools within the city of Chicago…. My son passed on Jan 13, 2022. He took his own life here in our home (“Undercover Mother: Chicago mother suing Latin School for $100M says it valued reputation over saving her son,” FoxNews.com, June 30, 2022).

What is happening to our world? How did bullying turn into an epidemic? Why are our kids being subjected to angry online mobs and cyberattacks for an off-hand comment or unpopular post? How did we get here?

Bullying today—especially cyberbullying—is a serious problem. It goes beyond anything we have experienced in past generations. It’s no longer just a shove on the playground or a passing insult in the hallway. It’s mob rule by hundreds or even thousands of cowards who use the semi-anonymity of a cell phone to hurl insults they would never dare say face to face.

And it’s not just in the United States; it’s happening all over the world.

For years, governmental agencies and school districts have been enacting programs to combat cyberbullying. Some have had limited success, but the problem persists. Consider Tomorrow’s World writer Phil Sena’s article “Facing Teen Bullying” in the November–December 2010 issue. That was more than twelve years ago. Have things gotten better or worse? If worse, why?

This Is Where Evolutionary Perspectives Lead

For decades, many public schools in the Western world have had a science curriculum based on evolutionary theory. This theory is based on natural selection and “the survival of the fittest”—in other words, strong organisms survive and live to pass on their genetic traits, while weak organisms are dominated and eventually die out.

When we see extreme and dangerous bullying increase in society, we are just seeing the cruel “evolutionary process” play itself out. After all, if we are only animals—and that’s all that evolutionary dogma says we are—then we have no basis for morality. It’s predictable that people behave with no thought for the welfare of others if they are taught the heartless theory of evolution. That’s where evolution leads. Even popular media hints at the problem:

In the most basic terms, bullying is about dominating—and we come from ancestors who were big into the dominance hierarchy. As Christopher Boehm, PhD, who literally wrote the book on it (Moral Origins), says, “Any species that has a social dominance hierarchy, like apes or monkeys or wild dogs or lions, has bullies.” He adds that bullying is adaptive for many species (and even for us, in many ways), “because you get better food or mating opportunities…. In primates, studies have shown that the top bullies have more offspring and therefore their genes proliferate.” So there’s a clear payoff to it, since the more you bully, the higher you’ll rise in social ranks, and the more offspring you’ll have…. So bullying is a great example of our own evolution betraying us (“Bully Psychology: Where Evolution And Morality Collide,” Forbes, July 5, 2012).

So, why are we shocked at cyberbullying? Young people are being fed a steady diet of a purposeless existence. They are encouraged to be “tolerant”—whatever that means at the moment—but all the while digest the cold propaganda that there is no greater purpose to life than to eat, drink, procreate, and then, someday, die.

Until we as a society stop teaching the cold and heartless doctrine of “only the strong survive,” we will see an increase in the intensity of bullying. After all, the bullies—and those who cruelly pile on the victims—are only acting out the evolutionary dogma they’ve been taught.

Jesus Christ and a Better Way

There is a better way. And that better way is the ultimate solution to cyberbullying. When Jesus came to earth, He Himself was subjected to some of the worst, most violent bullying anyone has ever experienced (Isaiah 52:14). He was willing to be unfairly treated, even to death, so that we might be forgiven of our sins and ultimately be granted eternal life.

In the process, Jesus Christ also brought a new and different way of life. He didn’t water down sin or preach tolerance of immoral behavior or lifestyles contrary to the laws of God (Matthew 5:17). But at the same time, He taught a way of life that shows respect for other human beings simply because they are made in the image of God (Genesis 1:26). What were some of the principles He taught?

Bullying is not really surprising in a society that believes it sprang from animals. But if you or someone you know is a victim of bullying, speak up. Get help. Talk to parents or those in authority. You are made in the image of God. You are important and have value. Stand up for yourself, but refuse the temptation to lash out. Don’t respond in kind, but rather put your faith and trust in God. Our heavenly Father protects the vulnerable and powerless, and He will make things right in the end. “‘Vengeance is Mine, I will repay,’ says the Lord” (Romans 12:17–20). He will help you in your life right now, and He will soon set up a new world on this earth—what we call tomorrow’s world—where the strong will no longer prey on the weak (Isaiah 11:9). 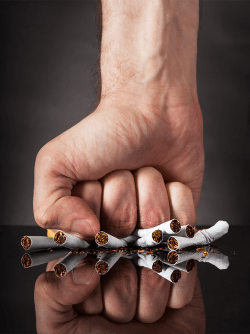 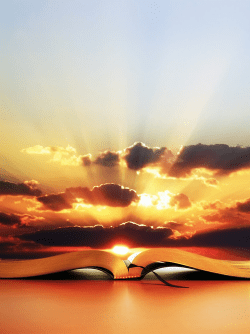