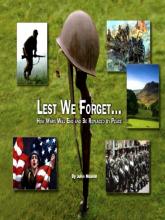 How will wars end and be replaced by peace? When Britain's last surviving World War I soldier died last July, what else died with him? Has the world learned the lessons of war—and will it ever learn the lessons of peace? Your Bible has the answer! 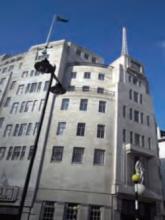 Affectionately known as “Auntie” and “The Beeb,” the British Broadcasting Corporation (BBC) has for decades enjoyed an enviable worldwide reputation for integrity. Over the years the BBC has become a byword for excellence—a global icon and mainstay of Britain’s national identity. People at home and abroad have learned to trust the BBC.

The Abuser Who Groomed a Nation

So, now it is official! With the publication of the police report investigating the Jimmy Savile scandal, the full extent of Savile’s “staggering and grotesque” six decades of sexual abuse has been laid bare. This man who spent his life as a popular disc jockey, television presenter, charity fundraiser and media personality has in death seen his reputation destroyed by an avalanche of allegations.

Eurozone Crisis: Lurching Towards The Brink

When British Prime Minister David Cameron exercised the United Kingdom’s national veto last Friday at the European Union Summit in Brussels—the first EU national veto ever exercised by a British Prime Minister—he surprised most observers and sent shock-waves through the Union as never before in the UK’s 39-year involvement in the grand European project.

Four days of mindless violence and anarchy swept across England in early August, taking five lives and engulfing 121 locations. Why? These were not, as some insinuated, “race riots”—even though the initial spark came from the police shooting of a well-known London gang member. Nor were they due to social deprivation, police brutality, political discontent, or government cuts to balance the budget. Neither were they directly related to joblessness or economic despair or poverty. After all, many places did not riot!  So, what is the explanation?