Throughout 2012, the United Kingdom is celebrating the Diamond Jubilee of Queen Elizabeth II. This much-loved monarch has now been 60 years on the throne, during which time the world around her has changed immeasurably. This celebration thus provides an apt and appropriate occasion to cast a backward look at “Queen and Country”—and to assess the state of the monarchy and nation.

Daughter of an Accidental King

It was the surprise abdication of Elizabeth’s uncle, King Edward VIII, that brought King George VI to the throne, putting Elizabeth next in line. But if George might be termed “the accidental King,” it hardly seems accidental that Elizabeth has served as Queen for so long, receiving such wide respect.

William Shawcross, the distinguished biographer and broadcaster, has noted that Elizabeth’s qualities have seemed to equip her so ideally to serve as an outstanding monarch. Seen as serious-minded and self-disciplined, she also displays humility and self-deprecation. She has shown an evident love, procedure and order. She has been consistent, conscientious and persevering. Her natural air of authority is enhanced by an intrinsic charm and unselfishness. Above all, she is respected for her deep and abiding sense of duty and service.

When she was but 21 years old, Elizabeth made what she called “a solemn act of dedication” that would frame her entire life. In a speech to the Commonwealth whilst on a tour of South Africa, she explained: “It is very simple. I declare before you that my whole life, whether it be long or short, shall be devoted to your service and the service of our great Imperial Commonwealth to which we all belong” (Queen and Country, Shawcross, pp. 31–32).

During her coronation service on June 2, 1953, she vowed upon the Bible to uphold all her promises, to judge with law, justice and mercy, to maintain the laws of God and to preserve the Church of England. Over the years, the Queen has indeed dedicated herself to these ideals, this duty and the fulfillment of this purpose. Scarcely, it would seem, has she put a foot wrong in the discharge of her duties.

As Head of State and Constitutional Monarch, the Queen has commanded the allegiance of twelve Prime Ministers of the United Kingdom. As Head of the Commonwealth, she has exercised great personal influence over its development—nurturing and unifying its present 53 member nations, which have grown remarkably from the eight that were members at the start of her reign. She has represented Britain to twelve Presidents of the United States, stretching back to Harry Truman, and to most other nations around the world. For Britons, the Queen has been one constant when all around was changing. Everywhere she went, she “captured the hearts of all of us,” as President Truman put it. It has been easy to fall in love with her warm, wise, friendly and humble ways, while representing the oldest continuing European institution of any kind, save the Papacy. Truly she has become a world figure of unsurpassed experience and authority. As Shawcross observed, “Over the half century of her reign, change has been phenomenal, almost revolutionary. In all that time, one might say, the only constant has been the Queen” (ibid., p. 68). Despite ruling in times of great turmoil, Elizabeth’s stoic presence has been for Britain “the centre that held” (ibid., p. 234).

Shawcross eloquently summed up the Queen’s reign a decade ago, at the time of her Golden Jubilee: “Britain has been enormously fortunate in having… a head of state who has performed her job with the devotion, honour, discretion and constancy of the Queen. The debt she is owed is incalculable but huge… It is an extraordinary achievement which should be celebrated, honoured and cherished” (ibid., pp. 227, 237). Ten years on, his words still ring true. Indeed, what has epitomized the Queen has been her sterling character, and her continuing commitment to duty and service.

Regrettably, the same cannot be said about the character of the nation she serves. What has happened to the United Kingdom over the 60 years of her reign has been truly shocking.

The Collapse of National Character

In the years following World War II, grateful for a national deliverance that had at one point seemed quite unlikely, Britain experienced a revival in professing Christian belief. Anglican churches were filled, and religious activity blossomed. The Church of England was strong, and a vigorous reassertion of traditional values—including sexual restraint, thrift, and the importance of duty and service—took place.

However, with the arrival of the “swinging ’60s” came an organized and highly successful assault on belief in God, traditional Christian values, and the Church of England itself. The forces of liberalism, atheism and human rationalism gained ground, while the institutions of marriage and family progressively collapsed. “Sexual liberation” took over, and almost anything became acceptable in the theatre, movies and television.

As a result, the Church of England has become increasingly irrelevant to succeeding generations. Atheism, materialism and Islam have rapidly moved into the resulting void. Meanwhile, Britain has progressively lost sovereignty as it has become more and more enmeshed in the push toward a European Union. And, latterly, chronic financial mismanagement has mired the country in massive debts and brought it to the brink of insolvency. Above all, the values of duty and service have been all but forgotten in the rush towards self-satisfaction and personal fulfillment.

This sad demise of a once great nation, and the shrinking of its international influence, is part of a worldwide malaise prophesied by the Bible. A supreme, existential crisis approaches in which Britain’s very existence as a civilized society is threatened. God foresaw this long ago, and inspired the Apostle Paul to comment thus in a letter to the young evangelist Timothy: “But know this, that in the last days perilous times will come: For men will be lovers of themselves, lovers of money, boasters, proud, blasphemers, disobedient to parents, unthankful, unholy, unloving, unforgiving, slanderers, without self control, brutal, despisers of good, traitors, headstrong, haughty, lovers of pleasure rather than lovers of God, having a form of godliness but denying its power” (2 Timothy 3:1–5).

One lesson of this Jubilee, as we praise and honor a remarkable monarch, is to mourn the loss of the very values for which she stands. We have reached a lamentable state in which the nation’s loss of faith and vision leaves it chronically weakened morally, economically, socially and spiritually. What remains is startlingly reminiscent of what the Queen warned against in a famous December 1982 address: unthinking people who “carelessly throw away ageless ideals”—such as religion, personal and public morality, honesty and self-restraint (ibid., p. 197).

Thankfully, it is not too late for Britons to recapture the true values of duty and service to God. However, to arrest Britain’s national moral decline will require coming to a crisis point of major change—a personal and national repentance. Those who really want to honor the Queen during this Jubilee should be working to bring back honor and respect for God, and for the moral standards He requires of us. This just might bring God’s abundant blessings and restore a better moral and spiritual course.

To learn about the way of life we should be living, and more about Britain’s prophetic future, simply request our free booklets, Restoring Original Christianity and The United States and Great Britain in Prophecy. 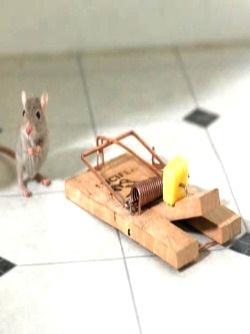 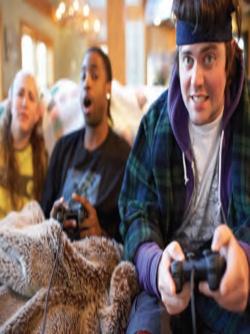 The Two Faces of Technology 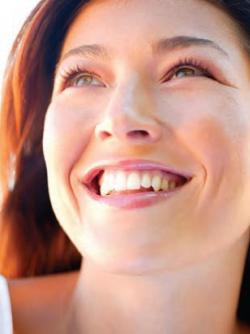