Where are the "Lost" Tribes of Israel? | Tomorrow's World
Tweet

Where are the "Lost" Tribes of Israel?

Most modern scholars simply do not grasp the significance of Bible prophecies that indicate the current locations of the so-called Lost Tribes.

Scholars and Bible students have long pondered the whereabouts of the Lost Tribes of Israel. Many assume that they disappeared from history after a period of captivity in ancient Assyria, or wandered back to Jerusalem to become known as Jews. Others claim to have "found" the Lost Tribes in some remote corner of the globe. However, these speculative ideas neglect what the Bible reveals and history records about the Israelite tribes.

Most modern scholars simply do not grasp the significance of Bible prophecies that indicate the current locations of the so-called Lost Tribes. While many prophecies were sealed "until the time of the end" (Danie1 12:4), predictions about the tribes of Israel were meant to be understood just before the return of Jesus Christ! These remarkable prophecies are coming alive today!

While many professing Christians assume that these Old Testament prophecies are no longer relevant, nothing could be further from the truth! We are living at a time when we can look back at events and recognize how these ancient prophecies have been fulfilled by nations that exist today!

The Scriptures foretold that Judah would produce the Messiah, would be a dark-eyed people noted for their adherence to the Old Testament laws of God, and would be like a roused lion at the neck of their enemies (Genesis 49:8–12)—an apt description of Jews in the modern nation of Israel. But what about the other tribes?

It is important to realize that the so-called "lost" tribes have not always been lost. Jesus told His 12 disciples to go "to the lost sheep of the house of Israel" (Matthew 10:6). To fulfill that mission, the location of the Israelite tribes had to be known! The book of James is addressed to "the twelve tribes which are scattered abroad" (James 1:1). James was writing to a known audience. Josephus, a Jew, records that in the 1st century ad, "the ten tribes are beyond the Euphrates till now, and are an immense multitude" (Antiquities of the Jews, 11:5:2). They were in Parthia—the area south of the Caspian Sea—where Israelites had gone into captivity centuries earlier.

In the early 4th century ad, Eusebius recorded that the Apostle Thomas went to Parthia and Andrew went to Scythia—areas near the Black and Caspian Seas where the Israelites were located (History of the Church, 3:1:1). Early traditions also link the ministries of Bartholomew and Philip to these same areas, indicating that the Apostles knew the location of the Israelite tribes in their day.

In order to understand prophecy today, it is vital to know the identity and location of the modern Israelite nations, because tumultuous events that will occur just before Christ's return will affect everyone living in these nations (see Jeremiah 30:7).

The prophet Isaiah, describing the scattered tribes' return to Jerusalem, writes: "Behold, these shall come from far: and, lo, these from the north and from the west, and from the land of Sinim" (Isaiah 49:12). The scattered tribes are to the north and the west of Jerusalem. But how can we distinguish among them? This is one reason that the national characteristics listed in Genesis 49 and Deuteronomy 33 are important.

These prophecies reveal that the children of Joseph—Manasseh and Ephraim—would be the most prominent Israelite peoples at the end of the age, beginning around 1800ad—2,520 years after they were taken into captivity. The descendants of Manasseh were prophesied to become a great nation, and Ephraim would become a company (or multitude) of nations (Genesis 35:11; 48:19). Together, they would inherit the choice places of the earth, possess the gates of their enemies, colonize around the world and be a generous people contributing to the welfare of mankind (Genesis 22:17–18; 49:22–26).

These promises have been fulfilled by the United States, the British, and the British Commonwealth nations. No other nations come close to matching these end-time descriptions. The details of this topic are far too complex to cover completely in a brief article; for further information, please write for your free copy of our informative booklet, The United States and Great Britain in Prophecy.

Other brief descriptions given in Genesis 49 reveal tantalizing clues about the modern-day descendants of the "lost" tribes.

The tribe of Reuben was to become a populous nation exhibiting the might and dignity of a firstborn, but would be "unstable as water" and prone to gratifying sexual passions (Genesis 49:3–4; Deuteronomy 33:6). Modern-day France, descended from Gauls whose origin was Israel, fits this description well. When a French prime minister keeps a mistress openly, it raises no eyebrows. For centuries, France had a colonial empire, and French was the language of diplomacy. Yet France's preeminence has waned in favor of the U.S. and British Commonwealth nations.

The tribe of Dan was prophesied to be "a serpent by the way" (Genesis 49:17); its wandering people would leave their mark in place names such as Denmark.

Zebulun was to dwell by the sea and be a "haven for ships" (v. 13), and to "rejoice… in your going out" (Deuteronomy 33:18–19). This suggests a coastal sea-faring people with thriving trade—like the Dutch.

Gad was to "dwell as a lion" and play a leading role among nations as one that "administered the justice" (vv. 20–21). This calls to mind Switzerland—neutral since the 1500s, highly militarized with a focus on defense and the home of numerous international organizations.

These ancient prophecies—which were intended to be understood in the last days—explain the location and end-time roles of the modern Israelite nations. The Church that Jesus Christ founded was commissioned to inform the peoples of these nations why they were blessed, and what their future holds. 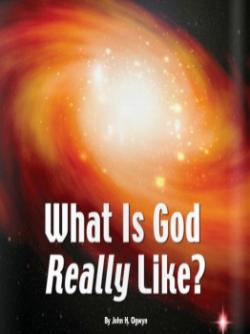 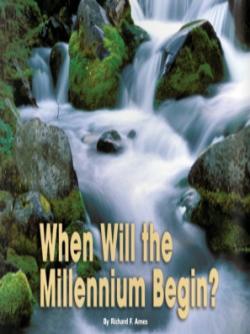 When Will the Millennium Begin? 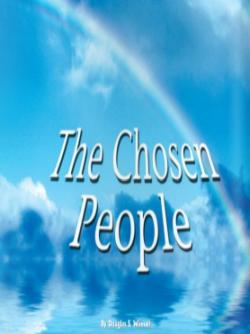