Professor Judith Adler, of Memorial University of Newfoundland, had grown concerned that many of her students might be lacking an awareness of geography that would enable them to comprehend course issues about global cultural traditions. She gave her students a quiz consisting of a blank map of the world, with instructions to indicate where places and features such as Africa, Europe, Great Britain and the Atlantic Ocean were. To her surprise, many students lacked even the most rudimentary geographic awareness. Some did not know where the Atlantic Ocean was, even though they could see it from their university (“Lost without a map” The National Post, January 13, 2013).

Canadians were horrified. How could it be that high school graduates could complete their schooling yet have such a knowledge deficit? But this was not the first sign of trouble in the nation’s schools. In September 2007, MacLean’s Magazine reported on a study titled “Literacy Matters: A Call to Action,” released by TD Bank Financial Group. Here is what the study found:

“The Canadian economy could enjoy a $32-billion boost if literacy rates were improved by only one percent… It represents an extraordinary drain on our economy….

70 percent of Canada’s economic output is now services, not goods… ‘Almost everything we deal with now requires high levels of knowledge,’ said Alexander. ‘Knowledge is now the competitive advantage.’

‘What is really disappointing is that there has not been any significant improvement in literacy since the 1970’s,’ said Alexander. The report noted that four in 10 high school youth have insufficient reading skills… We need to make sure that every single person that gets a high school diploma is literate.”

Taxpayers assume that their dollars are funding an education system that ensures the upcoming generation is gaining basic knowledge and skills. Yet the evidence indicates this assumption is a fantasy! The moral deficit is real, as well, but here we will focus on the knowledge deficit. How can such a wealthy nation, with such a well-funded education system and a tradition of scholarship, produce such poor results?

From Success to Failure

In the early years of the 20th century, with less money to spend, Canadian schools educated large numbers of poor students, many of whom achieved great success, both academically and financially. Yet in the 21st century, despite the billions of dollars invested in computer technology as a student aid, no quantified studies connect these expenses to actual improvement in student achievement!

What has changed? Especially since World War II, so-called “progressive education” has gained a foothold in North American teacher-training programs. Writer Andrew Nikiforuk describes the impetus for this:

“The American philosopher John Dewey is the modern father of this form of pedagogy, although its roots go back to the eighteenth century French essayist Jean-Jacques Rousseau. Dewey… reacted to the extreme formalism and rigidity of schools in the 1890s and demanded that things should be done differently. Dewey, who was also rebelling against his own strict religious upbringing, believed schools should ‘adjust’ children…He viewed schools as instruments for social change… Deploring the traditional emphasis on reading and math, he called for ‘learning by doing’” (If Learning Is So Natural, Why Am I Going to School?, p. 34).

“Doing” is important, but modern educational techniques often emphasize it over “knowing.” The concept of teacher-as-expert, passing along vital information to young minds, is deliberately undermined. Instead of ensuring that Canada’s young people gain the knowledge to strengthen their nation’s capacity to create wealth and develop culture, “Child-Centred Learning” is one of the banners under which this knowledge deficit is promoted as a benefit rather than a terrible loss to society.

Advocates of the “whole language” teaching technique de-emphasize or even reject the teaching of formal rules of phonics, the code on which reading is based. As a result, formal spelling instruction has largely been dropped as a requirement in most Canadian schools. Given the absence of the phonetic code, combined with students’ inability to spell, should we be surprised that many—especially those who might experience a bit more difficulty—do not learn to read?

This knowledge deficit creates another industry: helping students “recover” the literacy they could easily have been given with explicit instruction. The new definitions of “literacy” refer not just to reading, but include viewing or listening. This means World Wrestling Foundation television programs are considered “texts” alongside the written works of Longfellow and Shakespeare!

What consequence does all of this have? Brain expert Dr. Steven Pinker, Director of the Center for Cognitive Neuroscience at Massachusetts Institute of Technology, raises concerns over modern approaches in the classroom:

“The ascendant philosophy of mathematical education in the United States [and Canada] is constructivism… Children must actively construct mathematical knowledge for themselves in a social enterprise…. The teacher provides the materials and the social milieu but does not lecture or guide the discussion. Drill and practice, the routes to automaticity, are called ‘mechanistic,’ and seen as detrimental to understanding…

The better curricula explicitly point out connections across ways of knowing… Mastery of mathematics is deeply satisfying, but it is a reward for hard work that is not itself always pleasurable. Without the esteem for hard-won mathematical skills that is common in other cultures, the mastery is unlikely to blossom. Sadly, the same story is being played out in…reading instruction. In… ‘whole language,’ the insight that language is a naturally developing human instinct has been garbled into the evolutionarily improbable claim that reading is a naturally developing human instinct. Old-fashioned practice at connecting letters to sounds is replaced by immersion in a text rich social environment, and children don’t learn to read” (How the Mind Works, pp. 341–342).

Unbeknownst to many parents, and even perhaps to most elected officials who fund and supervise school systems, modern Canadian education is on a path that will increasingly render Canadian youth unable to compete on a global scale with students in Asia and other parts of the world. When students educated in other nations come to Canada, their multilingual ability and superior knowledge will see them rise higher and higher, while those born in Canada will fall lower and lower (Deuteronomy 28:43).

Another vital aspect of all this is that, as the knowledge of reading declines, familiarity with the Bible will become less and less common. Students lacking basic awareness of history and geography as well as literacy will be unable to comprehend the simplest messages from Scripture. Parents, as much as possible, should strive to augment their children’s education by helping them become familiar with history, geography and good literature.

Scripture calls Satan the “ruler of this world” and the “god of this age” (John 14:30; 2 Corinthians 4:4). He is a deceiver and makes every effort to keep mankind ignorant of its own best interests. Do not let him make you and your family victims of the “knowledge deficit!” 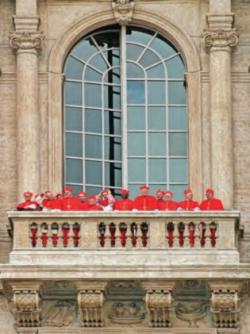 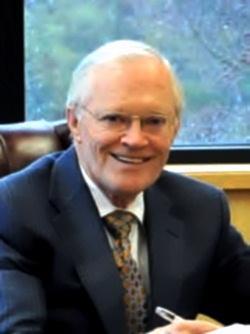 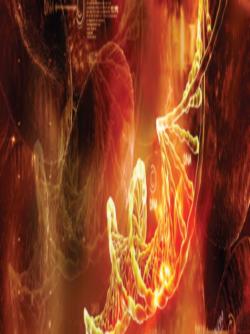 The Miracle of DNA