“A Uachtarain agus a chairde” (“President and friends”). These warm words of respect were spoken by Her Majesty, Queen Elizabeth II, at a state banquet speech in Dublin Castle during her first historic visit to the Republic of Ireland in May 2011. Ireland’s President, Mary McAleese, had extended the invitation to the Queen to visit her country and was the first Irish leader to do so. The President was visibly surprised by the Queen’s words and mouthed the word, “Wow!” when she heard the Queen speak in Ireland’s native Gaelic tongue.

The Queen continued, “It is a sad and regrettable reality that through history our islands have experienced more than their fair share of heartache, turbulence and loss.”

Why have the English and the Irish often had such a stormy relationship? The reason is partly due to the fact that they have common ancestral roots. In fact, genealogists can trace Elizabeth’s lineage back through the Scottish kings to the Ard Righ (High Kings) of Ireland. For centuries the Royal House of Ireland crowned their kings at Tara, west of Drogheda in Co. Meath, on the same stone where English monarchs are now crowned in Westminster Abbey.

To recognize why there have been many bloody, brotherly conflicts, one must understand the nature of the four main peoples who have inhabited the Emerald Isle. So, let us see who the first Irish settlers were.

“The races that occupied the land when the so-called Milesians came, chiefly the Firbolg and the Tuatha de Danaan, were certainly not exterminated by the conquering Milesians” (The Story of the Irish Race, Seumas MacManus, p. 1).

The 3,500-year history of the Irish people is one of the most well-preserved accounts, because it was conveyed from one generation to the next by the seanachies (bards and storytellers). The ancient records were not recorded in books of writing that could be destroyed, but were instead passed down by the spoken word in long,rhyming verse. Not until the Four Masters, MacFirbis and Keating preserved the bards’ words in the 17th century did Ireland have an official written history.

The Firbolg probably arrived in the middle of the second millennium bc. According to Keating, they were of the posterity of Magog, son of Japheth (History of Ireland, Irish Texts Society,Book I, p. 139). Some scholars believe these people may well have been associated with the seafaring Phoenicians who were well known to have mined copper, lead, tin and gold in the British Isles. Irish gold is still a sought-after precious metal and new gold mines have recently been opened in Counties Tyrone and Wexford.

The Firbolgs’ hold on the isle was soon to be challenged by a new invader, the Tuatha de Danaan. The word Tuatha means “tribe.” They were from the tribe of Dan, son of Jacob.

In Judges 5:17, the Israelite judge Deborah (ca. 12th century bc) sang a song that includes the words, “Why did Dan remain on ships?” The Danites were well known as seafarers along with their Phoenecian neighbours, plying the Mediterranean and beyond the “pillars of Hercules” (Gibraltar) into the Atlantic Ocean and on to Britain and Ireland. Some suggest that they made their first migration from Egypt just before the Exodus (1446bc) and that a second wave followed in 1213bc.

MacFirbis in the mid-17th century wrote that “everyone who is fair-haired, of large size, fond of music and horse riding, and practices the art of magic is of the Tuatha de Danaan descent” (History of Ireland, Thomas Kelly, p. 25).Maybe their descendants today are not as involved in magic, though horse racing is still a passion of the Irish and Irish music is synonymous with good times and maybe just a little of the Guinness!

The next wave of migration arrived at the time of King Solomon (circa 1000bc). Solomon’s lineage followed Pharez of the half-tribe of Judah (see Genesis 38:28–30); the other part of the tribe travelled to Asia Minor, becoming known as the Milesians (after the city of Miletus). “They were possessed of a high degree of political unity, had a single king, and a wise and constant external policy” (MacManus, p. 7). The Milesians fought the de Danaans, routing them and killing their three kings. They soon established their own royal line and crowned their kings at Tara on the Lia Fail or Stone of Destiny.

The Milesians were later to settle mainly in the north. Their kings were named the Ard Righ (“High Kings” over the lesser kings of the many Irish tribes).

History records an amazing number of customs and laws introduced into Ireland by the Milesians that closely resemble the statutes and judgments given by Moses to the Israelites during their wilderness years (1446–1406bc). Here are just a few:

“The system in Ireland was something more like the patriarchal system of the east” (ibid., p. 294).

Ireland was for centuries called Scotia. The name is derived from the Scyths. MacManus states, “They (the Gaels) came out of that vast undefined tract, called Scythia… They came to Ireland through Egypt, Crete and Spain” (ibid., p. 8). While in Egypt, Niul, grandson of Gael, married Scota, the Pharaoh’s daughter.

The very name “Gaul” is derived from Gael, these people whom the Greeks called Celts (Keltoi).  This establishes the Irish as one of the great Celtic nations, along with the Scots, Cornish, Bretons, Walloons (of Belgium) and Welsh. In fact, the French name for Wales is le Pays de Galles (the land of the Gauls). Celtic ancestry can also be traced to many of the Swiss, as well as the Celto-Iberians in Spain and the Galatians of the New Testament.

The Milesian Ard-Righ took the Lia Fail coronation stone with them to Argyl, Scotland in 478ad and later to Scone. The English brought it to Westminster Abbey to crown most of their kings and queens. Many of the Scottish descendants returned in successive waves of migration to Ulster between 1605–1697, which has aggravated the de Danaan southern Irish to this day.

The Queen’s reference to the “heartache, turbulence and loss” of the Irish suffering at the hands of English overlords was but a brief and cursory reference to what were for the southern Irish to become painful and bitter memories passed down from generation to generation. Yet her visit, and her words, seemed to many observers to signal the beginning of a healing between brothers of Israel. Will it continue? Only time will tell. 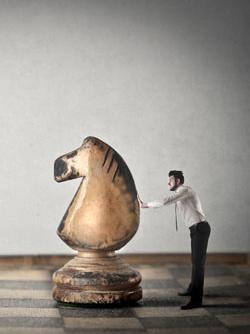