Do We Live in a Multiverse? | Tomorrow's World
Tweet

Do We Live in a Multiverse?

We live in an era when viewing the universe is possible through much more than an inspiring look into the dark, nighttime sky. Tools such as the Hubble Space Telescope have brought to our earthbound eyes images of worlds, galaxies and nebulae—awe-inspiring vistas reminding us that the universe our Father has created is truly a vast expanse of variety and wonder!

Yet, increasingly, physicists and cosmologists suggest that, beyond our ability to perceive, there are actually multiple universes in addition to our own. Some such theories are more science fiction than science, with an infinite array of universes in which all conceivable possibilities occur. In such theories, there is a universe where you are an Olympic athlete and another where you are a notorious mass murder! These ideas may sound absurd, but scientists increasingly see them as plausible.

Such theories claim that our vast universe is merely one of an even greater collection of multiple universes commonly called the multiverse. So, what are we to think of such claims about the creation? Is there reason to believe we live in a multiverse? And why do so many scientists passionately promote the idea today?

Science fiction aside, one of science’s great goals is to discover a theory that describes the entire universe with a simple set of equations. The equations of “string theory” are a popular candidate, but with one major glitch. Instead of having only one solution, the equations have 10500 solutions—a number so vast that to write it would involve a “1” followed by 500 zeros!

While this was once seen as a major flaw in “string theory,” physicists began to suggest that maybe the vast number of possible solutions should be seen as a suggestion that there are that many different universes that exist—with each solution representing a different universe, with different laws of physics.

Put simply, the many supposed universes of “string theory” have no support from evidence or data. A much more promising indicator of multiple universes lies in a concept sometimes called “Eternal Inflation.”

After scientists discovered that our expanding universe began in a cosmic “Big Bang”—a beginning that clearly implies a Creator—they noticed that they needed to assume a brief but intense period of hyperinflation, when the universe grew at unimaginable speeds. While this “Inflation” concept solved some problems, it also opened up the possibility that, rather than a one-time event, it might be a continuing process—where not only did our universe “balloon” out of the Big Bang, but other additional universes could have done the same thing and may still be doing so. Like one of the many soap bubbles blown by an excited child playing on a summer day, our universe would simply be one “bubble” among many!

Physicists and astronomers have examined measurements of deep space to determine if there are any of these hypothetical universes existing close to our own. So far, however, they have found nothing (“Blow for ‘dark flow’ in Planck’s new view of the cosmos,” New Scientist, April 6, 2013).

In the song of multiple universes, it seems that each verse is the same as the first: No evidence, no data—nothing but conjecture and speculation. So, with little actual science to justify many scientists’ religious devotion to the multiple universe idea, why are so many so attached to a multiverse?

The answer may be seen in the title of a 2008 Discover magazine article: “Science’s Alternative to an Intelligent Creator: The Multiverse Theory.”

Scientists have long known that they cannot easily explain why our universe seems so finely tuned for life to exist. As Tim Folger writes in the article, “Tweak the laws of physics in just about any way and… life as we know it would not exist… In some strange sense, it appears that we are not adapted to the universe; the universe is adapted to us.”

Such a fact—that the universe seems designed just for us—implies that there are just two options, one of which many scientists simply do not want! As New Scientist has explained, “[T]he main reason for believing in an ensemble of universes is that it could explain why the laws governing our Universe appear to be so finely tuned for our existence… This fine-tuning has two possible explanations. Either the Universe was designed specifically for us by a creator or there is a multitude of universes—a ‘multiverse’” (“Anything Goes,” June 6, 1998).

That is the ultimate “appeal” of the multiverse! For many, the idea of a multiverse is driven not by data or scientific findings, but rather by a desire to avoid the obvious implication that the universe has a Designer.

The matter is summarized starkly but honestly in Discover magazine by cosmologist Bernard Carr: “If you don’t want God, you’d better have a multiverse.” Make no mistake: for many scientists, embracing the idea of a multiverse is far more about religion than actual science.

The Universe and Beyond: Our Destiny?

Of course, those who believe the Bible have no trouble with the idea of a universe finely tuned just for us: “For thus says the Lord, who created the heavens, who is God, who formed the earth and made it, who has established it, who did not create it in vain, who formed it to be inhabited” (Isaiah 45:18).

Yet, could “the heavens” include invisible realms of creation beyond the boundaries of the known universe? What if evidence is ever found for the existence of countless additional universes? God Almighty tells us that mankind’s destiny is ultimately not just to inherit the world, solar system or galaxy—it is to inherit all things (Revelation 21:7), including things that we cannot yet see!

Whether our future inheritance is the one, magnificent universe we see around us, or a vast host of universes currently beyond our ability to view, the promises of the Creator God who created all things stand sure and immovable. “Unto him be glory in the church by Christ Jesus throughout all ages, world without end” (Ephesians 3:21, KJV). 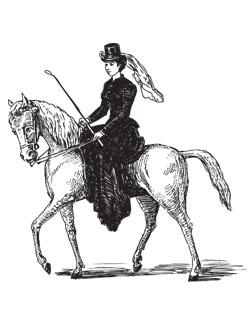