King Canute and the Source of Power | Tomorrow's World
Tweet

The summer of 2015 marks 1,000 years since the Viking invasion of England by Canute and the commencement of his campaign to become king of England. What lessons can be learned from the legendary life of King Canute? In what way does Canute's understanding of the true source of power impact our view of the world's modern political system?

Canute was born son of King Swegen (Sweyn) Forkbeard of Denmark around 990–1000ad, although the exact date is unknown (Cnut: England's Viking King, M.K. Lawson, pp. 20, 160). Swegen had been made King of England in 1013ad, but died less than a year later. The former king of England, Ethelred (Æthelred) the Unready, who had fled when Swegen invaded, was summarily called upon to return to England's throne (ibid., p. 48).

Meanwhile, in 1015ad, Canute withdrew to Denmark, mustered an army, and returned to England to challenge Ethelred's forces. Canute, over the course of the following year, seized the majority of England, with the exception of London. Upon Ethelred's death, the English council chose Canute as their king, while Londoners chose Ethelred's son, Edmund II Ironside, as theirs.

Canute's victory in Ashingdon at the battle of Assandun on October 18, 1016ad, prompted an agreement between himself and Edmund to divide the kingdom. Edmund, however, died about six weeks later from battlefield injuries. Consequently, Canute became sovereign over the whole of England (Oxford Popular History of England, pp. 108–9).

The Viking conqueror Canute came to be known as King Canute the Great. He ruled what was, at that time, a vast empire—wielding control over England, Denmark, Norway and part of Sweden until his death in 1035ad. Much of Canute's life was spent at the helm of great power. But where does real power reside? Canute seems to have understood the answer to this vital question.

Ruler of the Waves

In an ancient and famous legend, King Canute walked along the seashore. As his whole court followed, they exalted the king in misguided reverence, saying he could command even the waves. Canute requested his throne be brought to the beach, where he then sat upon it. Then, in a purposefully futile act, he commanded the waves to stop rising.

Despite Canute's decree, the waves continued their relentless collision upon the seashore, and upon his feet. In rebuke, Canute responded, "Let all men know how empty and worthless is the power of kings. For there is none worthy of the name but God, whom heaven, earth and sea obey."

"And he sternly bade them never more
To kneel to human clay,
But alone to praise and worship
That which earth and seas obey:
And his golden crown of empire
Never wore he from that day.
King Canute is dead and gone:
Parasites exist alway."

According to the poet, King Canute's parasitic advisors were feeding off his prestige while attempting to inflate his ego. The king's command against the waves was issued to prove to his court that God, whom the waves obey, was the real source of power.

While the story has been interpreted numerous ways, University of Cambridge Professor, Simon Keynes, states that, "The story is intended to illustrate his piety—a prominent feature in his kingship… He knows his power is nothing besides that of God" ("Is King Canute misunderstood?", BBC News, May 26, 2011).

Keynes continues, "[Canute] was a firm ruler… Although he had come to rule over the English by force of arms, he dealt intelligently with the situation and always acted with acute political sense" (ibid.).

Politics Versus God's Will

When elections come around, many sincere voters, believing they are fulfilling their civic duty, make their way to the voting booth. So, should Christians be asking themselves, "For whom would Jesus vote?"

That is actually the wrong question to ask. Christ plainly declared that His kingdom was not of this world. Those desiring to follow after Him will not entangle themselves politically or militarily in the affairs of this world (John 15:19; 18:36). The Apostle Paul instructs, "Let every soul be subject to the governing authorities. For there is no authority except from God, and the authorities that exist are appointed by God" (Romans 13:1).

Christians are ambassadors of the Kingdom of God, having their citizenship in heaven (2 Corinthians 5:20; Philippians 3:20). They will respect mankind's government, while recognising Satan the Devil is currently the ultimate ruler over the nations of this world (Matthew 4:7–10; Ephesians 2:2; Revelation 12:9). God has allowed this to be so for now.

That being the case, true Christians will not participate in this world's political systems. They will, rather, invest themselves fully in seeking God's will and supporting the preaching of the Gospel of the soon-coming Kingdom of God (John 4:34).

The prophet Daniel adds, "This decision is by the decree of the watchers, and the sentence by the word of the holy ones, in order that the living may know that the Most High rules in the kingdom of men, gives it to whomever He will, and sets over it the lowest of men" (Daniel 4:17).

At times, God may place into various political offices individuals we may not prefer, however, in Isaiah 46:10 we see that God declares the "end from the beginning." We should realise that God's purposes and plan will stand, regardless of the outcome of political campaigning and voting.

True Christians will trust in God to sort out who should be in authority. We can leave that in His all-powerful hands. In the meantime, through an active prayer life, we can develop a profound relationship with Him. He can and will intervene powerfully on your behalf if you seek Him wholeheartedly. Read our inspiring free booklet, Twelve Keys to Answered Prayer, to learn how.

As legend has it, King Canute recognized that the God whom the waves obey is the real source of power. Will you? 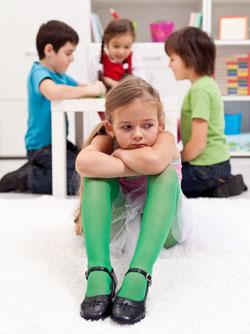 Is It Normal To Be "Normal"?