Customs with a Curse

'Tis the season—a time for beautiful music, lovely pageantry, parties, fun and family time, the annual bedlam in shopping malls, specialty stores and discount houses and, increasingly, over the Internet.

Much of the world is caught up in what is called the “spirit of the season,” evidenced by a gift-buying frenzy which often puts the purchasers deep into debt and which fills the coffers of the merchants.

Some folks lament the commercialization of Christmas. “We need to put Christ back into Christmas,” is an often-heard refrain by religious people. Secularists are now protesting the display on public property of the beloved scenes associated with the holiday, such as nativity scenes, lighted Christmas trees, etc. The resulting heated debates and arguments take some of the fun out of the observance for many people.

The Reality of Christmas

But, in reality, the customs of Christmas really have nothing at all to do with Jesus Christ. In fact, these familiar customs long predate the birth of the Messiah. The evergreen tree, the mistletoe, the giving of gifts and the lighting of lights all spring from the pagan religions of ancient times spoken of in the Bible. They were appropriated by the apostate church, which simply recast them and renamed them to appear to pertain to Christ.

In fact, this sort of thing was even beginning to occur in ancient Israel in the time of Moses. God told the nation of Israel in Deuteronomy 12:30–32, “Do not inquire after their gods, saying, ‘How did these nations serve their gods? I also will do likewise.’ You shall not worship the Lord your God in that way; for every abomination to the Lord which He hates they have done to their gods... ‘Whatever I command you, be careful to observe it; you shall not add to it nor take away from it.’” The warning was to not attempt to worship God in the way the idolatrous peoples worshipped their false gods.

Later on, in Jeremiah 10, the prophet was inspired to write, “Thus says the Lord: ‘Do not learn the way of the Gentiles; do not be dismayed at the signs of heaven, for the Gentiles are dismayed at them. For the customs of the peoples are futile; for one cuts a tree from the forest, the work of the hands of the workman, with the ax. They decorate it with silver and gold. They fasten it with nails and hammers so that it will not topple. They are upright, like a palm tree, and they cannot speak; they must be carried, because they cannot go by themselves. Do not be afraid of them, for they cannot do evil, nor can they do any good’” (vv. 2–5).

Even in ancient times, people were decorating trees and using the other symbols revered in their idolatrous practices. It was paganism, and it has come down to us today in our modern Christmas symbols.

These behaviors and the failure of Israel to obey His commandments brought about curses which are detailed in Deuteronomy 28. Consider verse 15: “But it shall come to pass, if you do not obey the voice of the Lord your God, to observe carefully all His commandments and His statutes which I command you today, that all these curses will come upon you and overtake you.”

It’s pretty plain that not following the instructions given by Almighty God carries with it curses, which are the very opposite of blessings.

How about you? Are you caught up in the grand merchandising scheme that springs from traditions, sights, sounds and symbols of pagan peoples of long ago? If so, remember such celebrations are not pleasing to God and result in penalties being exacted on those who practice them.

If this information is new to you, you might want to request our free booklet, Is Christmas Christian? You may also want to read The Holy Days: God’s Master Plan to learn about God’s ordained celebrations, which bring benefits, not curses. They will both be worth your time. 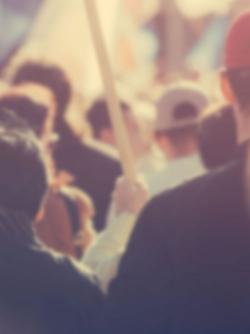 Sins of Racism, Anarchy and Secularism! 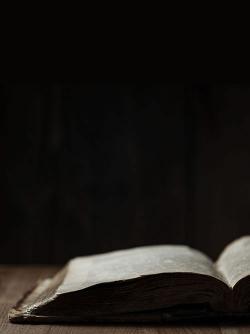 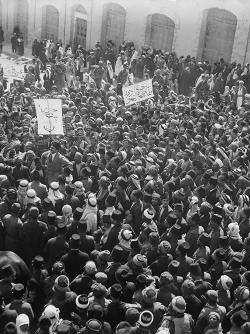