There is much debate today about whether official monuments to flawed historical figures should be maintained. Could there be any unforeseen cost of their removal?

“So consumed with guilt and self-loathing are we that we are now dismantling monuments to the man without whom we would not have this country, to which millions have come and millions more wish to come” (Geoff Currier, “Removing MacDonald’s Statue Imposes Modern Values on Historical Figures,” Global News, August 24, 2018).

Homeowners often purchase works of art and place them in or around their homes. They intend for these pieces to stir feelings and emotions and to prompt conversation among guests. The 150-kilo bronze statue of Sir John A. MacDonald that once stood in front of Victoria’s City Hall has likely stirred far more conversation and emotion in the weeks since its removal was announced than it ever did in the 36 years since its installation. By deciding to remove a statue of Canada’s first prime minister, the Victoria City Council has brought to the forefront of national debate the question of how we remember and judge outstanding individuals who paved the way to the world we have now.

Should we memorialize the accomplishments of people who did not live up to today’s moral standards? The primary charges brought against Sir John A. MacDonald involve his role in establishing the native residential school system and his racially charged comments towards aboriginal Canadians. These charges are no small matter, and there are many who believe they are grave enough for MacDonald’s name to be effectively stricken from history.

Perhaps the most disheartening fact regarding the crusade to rid the nation of any public acclaim for Sir John A. MacDonald is that a staggering number of Canadians don’t even know who he was. A recently updated article in The Globe and Mail reported that “Four in 10 Canadians cannot name our first prime minister or identify the year of confederation. Young Canadians often know even less about our country’s past than their parents or grandparents” (Marc Chalifoux and J.D.M. Stewart, “Canada is Failing History,” The Globe and Mail, updated February 23, 2018).

You may be surprised to learn that completing a course in Canadian history in high school is mandatory in only four provinces. It becomes impossible even to debate the value of memorializing historic figures when public knowledge of our history is so shallow. Geoff Currier summarized the problem for Global News: “Sadly, all most Canadians know about Sir John A. is that he drank and helped create residential schools. A study of real Canadian history might provide a better understanding of the complexities of the man and the times in which he lived” (Geoff Currier, “Removing MacDonald’s Statue Imposes Modern Values on Historical Figures,” Global News, August 24, 2018).

With fewer Canadians learning their own nation’s history in schools, shouldn’t public memorials of historic figures and events be considered even more essential for stirring interest in and igniting curiosity about Canada’s past?

The Cost of Forgetting

What happens when we dismiss our own history? One terrible consequence is that we fail to learn the valuable lessons it provides. Tomorrow’s World has made a point of highlighting the ongoing battle for the culture of our society. Vital aspects of how Canada and other Western nations have become prosperous—such as the foundation of moral law based on Judeo-Christian principles—have been continually pushed aside. While we cannot fool ourselves into believing that our national heroes are without blemish or deficiency, we also cannot overlook their achievements on the basis that part of their story may be ugly when judged in today’s context.

Writing for Maclean’s, commentator Murad Hemmadi states, “What this debate has made clear is that the past, and how we remember it, has become one of the major battlegrounds in the new culture wars. Decisions about who we commemorate, which events and people are recorded in the history books, and what narratives we tell ourselves about how we got here have real consequences for our societies…” (“What Fights About ‘Erasing’ History are Really About,” August 18, 2018).

Whether or not a specific statue remains standing, changes location, or is ground to dust is not the big picture. The sad truth is that we are throwing away much of our history, partly because historical figures are not studied and understood in the context of their times. Many inspiring stories, poignant lessons, and elements of cultural context that have worked together to shape our modern society are being forgotten as a result.

This article’s purpose is not to defend the first Canadian Prime Minister’s role in the establishment of residential schools and other decisions that history remembers unkindly, nor is it to convict him. The removal of his statue is representative of countless similar situations, where contemporary justice is being visited upon individuals who have been dead for decades, even centuries. While it is not likely that MacDonald could be permanently expunged from Canada’s public memory, other individuals of significance and the important stories and lessons they represent may be. Ultimately, the question is this: “Should we remember the achievements of flawed heroes?”

It seems pertinent to examine the greatest source of morality and the manner in which it records the labours of its heroes. The Bible is the perfect word of God and contains a reliable, flawless code of moral conduct. It recounts the stories of men and women whom God used to accomplish awe-inspiring feats. Abraham, Moses, David, Esther, Peter, and so many others are heroes whose names and stories have inspired millions throughout the centuries.

How did God choose to memorialize their efforts? He ensured their stories would be recorded for us and established them as examples we should consider emulating in some ways in our own lives. He did this despite their human faults and those portions of their personal histories that were not so admirable or praiseworthy. Moses disobeyed a direct command from God (Numbers 20:1–13). Peter was ashamed of and denied his relationship to the Messiah (John 18:15–18, 25–27). David was guilty of adultery and even murder (2 Samuel 12:9). Yet God describes such individuals as “having obtained a good testimony through faith” (Hebrews 11:39).

God is perfect. If ever there were an individual who could cast out an otherwise great person over any particular fault, God would be that individual. Despite having the perfect pedestal on which to stand and pass judgment regarding who should be erased from history, God chose to memorialize these individuals and record their stories—faults and all—for our benefit today.

Will you choose to dismiss the great accomplishments of men and women because part of their story is ugly? Rather, should we not strive to emulate the positive character traits that enabled them to achieve, while thanking God for His mercy and willingness to work with all of us flawed mortals? 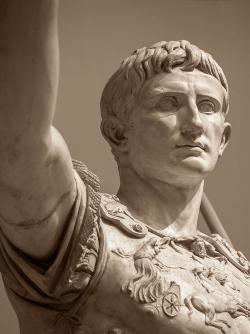 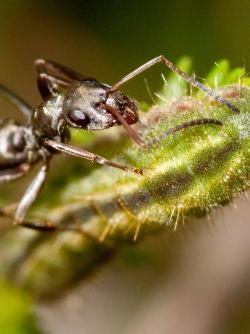