This article began in beautiful British Columbia, one of my favorite places on this planet we call home. On my recent trip to Canada, I recorded three Canadian-version Tomorrow’s World telecasts, gave a Tomorrow’s World Presentation in Kelowna and also spoke by way of an Internet connection to our congregations in Western Canada. Then I took a few days off with friends at a remote lakeside cabin—where I find myself now, writing this letter to you.

Outside, I see majestic mountains and white fluffy clouds painted against a magnificent blue canvas. Have you ever considered how truly remarkable our earthly home is? It is so easy to take for granted, and no matter where you travel, you find earthly treasures abounding. There are tropical islands where delicious fruits hang from native trees. The cornfields of Iowa and Nebraska feed both man and beast. Then there are the towering snow-covered mountain ranges of Europe, Asia and South America, which provide water for lower regions during the heat of summer. We marvel at the strange, colorful creatures inhabiting our oceans. But we can still take it all for granted.

I heard in grade school that life might be found on Mars or Venus, our closest neighbors, but such hopes were shattered decades ago by later scientific discoveries. Scientists are beginning to understand how unique our planet truly is. Many imagine that with so many galaxies, so many stars, and so many planets out there, life must exist somewhere else in our universe. However, the more scientists learn about the conditions needed to support life, even so-called primitive life, the slimmer the chances become. More importantly, there is the problem of how life could ever develop from non-living material anywhere. The odds against even a single protein evolving are astronomical. It is statistically impossible. No one has truly produced new life from non-living material, and no one can give a plausible explanation that stands up to scrutiny concerning how this ever could happen.

The fact that you are reading this magazine probably indicates you see the marvel of design in every living creature and recognize the need for a Creator, a Designer, a Life-giver. This brings me to a very important question: Why are we here?

At the Tomorrow’s World Presentation in Kelowna, I pointed out how few consider the meaning and purpose of life. Why did an intelligent Being put us here on this special place? Why are we even capable of considering such a question?

Few people invest time trying to discover the answer. Instead, they move from one exciting activity to another. They cheer for their favorite team and live for the next game. They make as much money as possible, buy as many toys as they can (or cannot) afford, and go along with the customs handed down to them. They are oblivious to the why question. Many try to live what they consider a “good life,” believing their feeble efforts may somehow give them life after death, but their decisions make it evident that life after death is not their top priority. Instead, they live a just-in-case life—that is, a life lived a certain half-hearted way “just in case” there is a God, and “just in case” there is life after death.

We exist because a Mind far greater than our own designed, engineered and created us. If that is true—and I believe most of you reading this article believe it is—then there must be a purpose. However, too few (perhaps including some of you) care enough to try to discover that purpose. How sad!

Many of our booklets, magazine articles and Tomorrow’s World telecasts address this subject. This is precious knowledge that I personally never learned in the mainstream churches I attended growing up, and I am certain you were not taught them where you attended Sunday services. The death, burial and resurrection of Jesus has transcendent significance to every human being, even though most have little idea what all this means. But, what was the message Jesus brought prior to His death, burial and resurrection?

In passage after passage in what is called the New Testament of the Bible, we read about the Kingdom of God—but what does that mean? It is not what most church-goers think. It is not about going to heaven. It is not the great golf game, fishing excursion or marijuana patch in the sky. Instead, Jesus Christ taught His disciples that He would return and set up a kingdom on this earth, and we can have a part in ruling that kingdom with Him.

A man once came to Jesus asking, “Good Teacher, what good thing shall I do that I may have eternal life?” He was told to “keep the commandments” (Matthew 19:16–17). This sounded simple enough, but by the end of the conversation, it was evident that the individual was not willing to go “all the way” to obey God. The man’s god was his money, and Jesus pointed out to His disciples how difficult it is for someone of wealth to put God first. This teaching stunned His disciples. They had given up all to follow Him and they wanted to know, essentially, what was in it for them (vv. 21–27).

Jesus replied, “Assuredly I say to you, that in the regeneration, when the Son of Man sits on the throne of His glory, you who have followed Me will also sit on twelve thrones, judging the twelve tribes of Israel” (v. 28). This ought to create several questions in our minds. For example, were not ten of the twelve tribes lost in history, absorbed into other nations and peoples, as many claim? How, then, can there be twelve distinct tribes when Christ returns? Our booklet, The United States and Great Britain in Prophecy, explains this mystery in detail.

We also read that King David will be resurrected to life and will rule over all twelve tribes of Israel (Jeremiah 30:9; Ezekiel 37:24). Verse 24 of Ezekiel 34 makes it clear that these passages are not referring to Christ, but to David himself, as it mentions both “the Lord” and David: “And I, the Lord, will be their God, and My servant David a prince among them….”

Jesus’ disciples first thought He would set up His kingdom during their lifetime, but He gave them a parable to dispel that idea (Luke 19:11–27). In the parable, rewards are given to those who actively obeyed the commands given to them. The first man multiplied the mina given to him tenfold. “And he said to him, ‘Well done, good servant; because you were faithful in a very little, have authority over ten cities’” (v. 17). The man who multiplied his mina fivefold was to receive rulership over five cities (v. 19).

We see this pattern in what is prophesied to come. When Christ returns, He will be King over all the earth (Zechariah 14:9). Under Him will be David over all twelve tribes of Israel. Under David will be Jesus’ twelve Apostles, each ruling over one of the twelve tribes. And then we find that others of the servants of God will rule various cities to bring peace and prosperity to this troubled world. Numerous scriptures point out that the reward of God’s servants will be on this earth (Revelation 5:10; Daniel 7:27).

This is only a small part of a much larger picture of why you were born. God has a great purpose in mind for you. Is it not time you discovered the meaning of your life?

If you would like to learn more—much more than you will learn in a Sunday-morning worship service—request our free booklet, Your Ultimate Destiny. The regional office nearest you, listed on page 4, would be delighted to send you a copy upon your request. 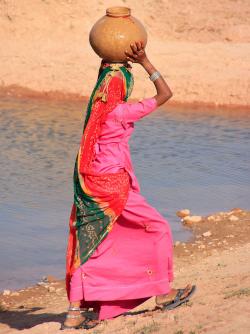 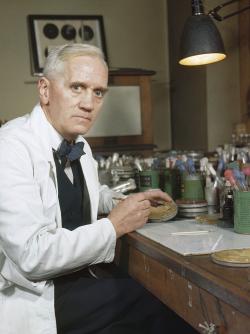