Our Moon: Faithful Witness in the Sky | Tomorrow's World
Tweet

Our Moon: Faithful Witness in the Sky

It is easy to take the moon for granted. However, life on earth would not be the same without it—in fact, life might not be possible at all!

Around 3,000 years ago, the ancient people of Israel found themselves leaving Egypt, freed from the bonds of slavery. Their God had devastated the nation that held them captive and was leading them out of that nation to meet Him—to make a covenant with Him and to establish them as His people.

As they traveled, a full moon reigned in the sky above—a cosmic witness to the momentous events occurring below.

Yet the moon is a witness to more than the events of human history. It also testifies of its Creator—illustrating the special attention He gives to our planet and to the life He has fashioned upon it.

Some scientists estimate that perhaps only one percent of the planets in our universe have natural satellites as substantial as ours. In fact, in our solar system the relationship between the earth and its single moon is unique—an aberration from what we would expect based on our current theories of planet formation and what we see of other planets. The moon is only about one-fourth the size of Earth, yet this is an extremely large ratio compared to other planets and moons—five times the second-place pair (Neptune and its moon Triton).

Because our satellite is so relatively hefty, its effects on our planet are significant and observable in everyday life. The most noticeable of these effects may be the tides of our oceans. More than 50 percent of the variation we experience between high tide and low tide is due to the gravitational pull of the moon on Earth’s water.

The largest tide differences in the world occur at the Bay of Fundy in Canada, where the difference between low tide and high tide can reach more than 50 feet, or 16 meters! The towering cliffs there are a testimony to the power of tides to shape the land along the shore. The erosion of land caused by swinging tides releases life-friendly minerals and nutrients into ocean waters. The pattern of life in our coastal regions is greatly influenced by the cyclical nature of the tides, and engineers are working to devise ways to harness the energy of tidal changes to generate power we can use on land.

The constant reshaping of our planet caused by the moon does not stop with our seas. Geologists have learned that even the solid earth moves and bulges in a tide-like fashion in response to the moon’s gravity. While the effect may not seem so noticeable, highly sensitive instruments, such as some particle accelerators, must be designed with these changing “earth tides” in mind.

A Stabilizing Hand and Source of Wonder

Many scientists believe that our unique moon plays a significant role in stabilizing the earth’s spin on its axis.

Relative to our orbit around the sun, the axis of the earth is slightly tilted, about 23.4° from vertical. This tilt causes the cycle of seasons, as energy from the sun strikes the surface of the earth at different angles over the course of the planet’s year-long orbit.

However, scientists believe that this tilt would progress to a wild and violent wobble, with dramatic effects on our climate, were it not for the stabilizing gravitational influence of the moon. Even if the tilt were to increase by only 10°, the seasons would cycle through dramatically extreme temperature ranges. Vast portions of each hemisphere would be bathed in continuous hot sunlight or continuous freezing shadow for months on end. The moon acts as Earth’s gravitational shepherd, keeping the planet’s tilt in a moderate range that provides for life-sustaining seasons while also maintaining a stable global climate.

But the moon is special beyond its role in regulating and sustaining life on earth. It also enriches that life.

In their famous “Privileged Planet” hypothesis, Jay W. Richards and Guillermo Gonzales note that many features of the earth are improbable in ways that not only make life possible, but which also provide humanity with the opportunity to make scientific discoveries and observe the cosmos around us. They argue that such an arrangement indicates that our universe is “designed for discovery”—and the moon is a great example of that design.

As anyone who has ever witnessed one can attest, a total solar eclipse is a marvel to experience. As the moon covers the sun and leaves a portion of the earth in shadow, it is as if day has turned to night. Stars appear in the sky, nocturnal songbirds begin their melodies, and a unique 360° “sunset” effect is seen all around the horizon, framing the darkened sky above. And at the focal point of the eclipse, where the sun should be, one sees what appears to be a black hole in the firmament—the dark, featureless silhouette of the moon, perfectly blocking the sun and wearing the normally invisible solar corona like a crown.

Such sights are only possible because of a highly improbable combination of factors: a moon that is just the right size and just the right distance and in just the right position. No other planet in the solar system enjoys such views, and yet they occur regularly on the one planet with intelligent beings capable of appreciating them and learning from them.

Events such as eclipses point us to the moon’s purpose and design. God declares in the pages of Genesis that He established the moon as a part of His celestial system, with the sun and stars, to “be for signs and seasons, and for days and years” (Genesis 1:14). As the “lesser light to rule the night” (v. 16), the moon and its cycles provide man with an instrument to note and measure the passage of time.

God’s “Faithful Witness in the Sky”

Mankind first set foot on the moon almost 50 years ago, but since the last Apollo mission in 1972, we have not visited again.

Yet the moon has continued to visit us. When the psalmist Ethan the Ezrahite was inspired to record the thoughts of God concerning the lineage of King David, he wrote, “It shall be established forever like the moon, even like the faithful witness in the sky” (Psalm 89:37). And a faithful witness it has been. All of human history has taken place on our planet while it has silently kept vigil above us—a witness obeying the ordinances appointed by its Maker (Jeremiah 31:35).

And in its careful design, its beneficial influence, and its precise placement, the moon serves as a witness to the compassion and care our Creator feels for the works of His hands. 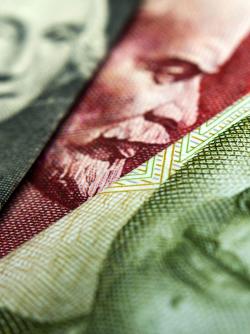