Protect the Next Generation from Fake History

Are modern institutions teaching your kids revisionist history—warped at best and just plain false at worst? What is the real missing ingredient that would help the next generation understand the wisdom of generations past?

The headlines are filled with sensational stories of political leaders and media companies accused of twisting facts or even outright lying—we call it fake news. But there’s an equally disturbing trend these days: fake history. Of course, when we speak of “history,” some might recall a boring teacher droning on and on as the class struggled to stay awake. They might ask, What could possibly be important about something as dry and boring as history?

Everything! Many of our children today are learning a ridiculous and even dangerous distortion of the past. An inaccurate picture of history warps their view of themselves and affects both the choices they make in the present and those they will make in the future. If you don’t believe that a skewed version of the past is being taught today, consider the following:

It’s not hard to see that younger generations are being taught something very different from what their parents and grandparents learned and lived. Yet it is vital for all children to learn an accurate account of the lessons and trials of the human experience. The past teaches us how to handle the present, and it affects how we see our future! In fact, it can determine whether we even have a future.

An accurate account of the past teaches us to avoid mistakes made by some who went before us. As the Apostle Paul wrote when describing the Israelites’ journey in the wilderness, “Now all these things happened to them as examples, and they were written for our admonition, upon whom the ends of the ages have come” (1 Corinthians 10:11). Many secular philosophers have echoed the same idea, including George Santayana in his famous statement, “Those who cannot remember the past are condemned to repeat it” (The Life of Reason, 1905, vol. 1, p. 284).

Clearly, we must pass on an accurate picture of history to our children. But how do we start this vital process?

The Bible: A Living Heritage

The Bible is not just a book we can look to for solace and comfort in hard times. It’s not just a book to give us inspiration and encouragement. The Bible is the book that provides the foundation for understanding our human experience, giving a broad perspective on the scope of human history. It should be the book on which we build our understanding of history, from the creation of mankind to the present.

But when you get right down to it, many people who have a Bible rarely look at it. It doesn’t affect their daily lives. They don’t see it as a credible source about the past, nor does it influence their present. How do you see the Bible? Have you bought into the lie that the Bible is just a collection of myths and fables—that it has no relevance to our lives in the twenty-first century, beyond offering a few words of comfort and encouragement?

That’s an important question we must all ask ourselves, especially if we are concerned about the next generation. Notice what Paul wrote to the young evangelist Timothy: “All Scripture is given by inspiration of God, and is profitable for doctrine, for reproof, for correction, for instruction in righteousness, that the man of God may be complete, thoroughly equipped for every good work” (2 Timothy 3:16–17).

We can’t just pick out the things in God’s word that we like and ignore the things we don’t. We must let the whole Bible be our schoolteacher, educating us about the living God. And we must use it to convey to our children both an understanding of the human experience throughout history and the knowledge of what God expects of us today. The God who inspired the entire Bible has authority over our lives, and His book should shape our understanding and guide our decisions. As Jesus Christ explained in Matthew 4:4, “It is written, ‘Man shall not live by bread alone, but by every word that proceeds from the mouth of God.’”

The Bible as True History

Not all people believe the Bible contains true history. Richard Dawkins, evolutionary biologist and popular atheistic writer, once wrote, “To be fair, much of the Bible is not systematically evil but just plain weird, as you would expect of a chaotically cobbled-together anthology of disjointed documents, composed, revised, translated, distorted and ‘improved’ by hundreds of anonymous authors, editors and copyists, unknown to us and mostly unknown to each other, spanning nine centuries” (The God Delusion, 2006, p. 237).

Is the Bible really a weird, unreliable book chaotically cobbled together? No—in fact, space doesn’t permit us to detail all of the evidence that supports the Bible’s validity. (For a fascinating exploration of this topic, read our free resource The Bible: Fact or Fiction?) Let’s just consider one proof of the Bible: its accuracy in preservation. Author Josh McDowell tracked the number of manuscript fragments available to attest to various ancient writings. McDowell noted that Homer’s Iliad has one of the best records of all the non-biblical texts, supported by more than 1,800 known fragments. Ancient fragments of Caesar’s Gallic Wars come in at a count of a little more than 250, Plato’s tetralogies at around 210, and the histories of Roman writer Tacitus at 33. The writings of Herodotus, who is often called the “father of history,” add up to a little more than 100 ancient fragments (“The Bibliographical Test,” Josh.org, August 13, 2014).

How many complete or fragmentary manuscripts of the text of the New Testament survive? Over 24,000! Read that again: There are more than 24,000 surviving texts or fragments of texts that attest to the accuracy and dependability of the New Testament. Ask yourself this: Why does the Western world not accord the Bible the same level of reliability as it does the texts of Herodotus, Tacitus, and Plato, when the Bible’s supporting evidence is so much more plentiful?

It is because our culture today carries a not-so-concealed bias against the Bible and any form of biblical truth. God’s word is attacked from every direction—yet it stands true. As the psalmist wrote, “The entirety of Your word is truth” (Psalm 119:160). Paul echoed this when he wrote, “Let God be true but every man a liar” (Romans 3:4).

The God of the Bible is the God of truth. We must be men and women of truth, and we must teach our children the truth, not letting them be confused by the twisted ideas of fake history. Let the Bible provide its rock-solid foundation of historical truth to you and your family! 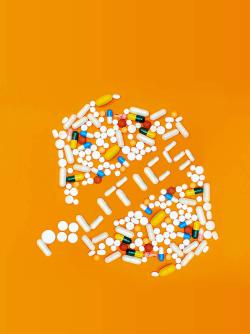 A World Without Politics 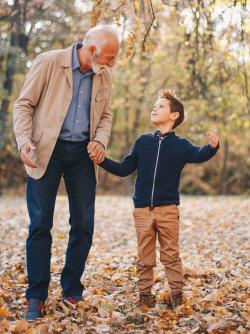