In Mexico, drug cartels are becoming increasingly brutal. In a game of one-upmanship, when one gang does something horrendous, the next gang must do something even more horrible (“Mexican Cartel ‘Cannibal Schools’ Force Recruits to Eat Human Flesh,” The Daily Beast, February 13, 2022). This scenario has led to gang members mutilating those they kill from rival gangs.

Mexican cartels have now included cannibalism in their “terror schools” as part of the training of new recruits. Those recruits do not have the option to leave the schools, and their lives are threatened if they fail to comply with the training. One can only imagine the mental scars caused by engaging in such grotesque behaviors. The cartels’ goal is to intimidate their enemies into submission.

Today’s world remains under the influence of “the god of this age,” identified by the Bible as Satan the devil (2 Corinthians 4:4). Jesus calls the devil a “murderer” (John 8:44), and under his demonic influence, this world is becoming not only more ungodly, but even more “brutal” (2 Timothy 3:1–4). Jesus Christ is going to return as “the Savior of the world” (John 4:42) to eliminate the atrocities we see today and show mankind the way to peace (Isaiah 9:6–7). This is what the true Gospel that Jesus Christ preached is all about.

The Scottish National Party (SNP) recently released guidelines telling teachers, police, and social workers to respect the privacy of children by not informing parents when their children, even as young as age 13, are having sex (“SNP tells teachers to offer teenagers ‘confidentiality’ by not telling parents about underage sex,” Telegraph, February 20, 2022). The rationale behind the guidelines concerns the issue of confidentiality. According to the guidelines, “Overriding confidentiality must be justified and proportionate, taking into account the nature and probability of risk to the young person and/or others.” This means, if adults feel a child’s sexual activity is not “overly risky,” parents will not be informed. However, the age of consent in Scotland is 16, so, in effect, the government is encouraging adults to “keep quiet” about behaviors that are clearly against the law.

Calling the new national guidelines “morally bankrupt,” the Scottish Catholic Church told the press, “Believing children are equipped to make moral judgments about how they behave sexually fundamentally undermines child protection.” In Scotland, children under age 16 must have parental consent to apply for a free bus pass, but not to engage in activity that will negatively impact the rest of their lives. According to Scotland’s government, the wishes and feelings of children, who lack the wisdom and experience to make major, life-altering decisions, override the right of their parents to know when their sons and daughters are engaging in high-risk behaviors.

Today, national and local leaders increasingly ignore the wisdom of biblical morality, and they continue to erode the rights of parents to make decisions for their own families (Proverbs 22:6). Many are rightfully concerned that such trends are moving society toward the legalization of sex with children—pedophilia. This should not be a surprise to students of the Bible. Prophecies reveal that, as the end of the age approaches, society will become increasingly immoral—calling evil good and calling good evil (Isaiah 5:20).

Since the U.S. and coalition forces pulled out of Afghanistan and the Taliban regained control, hunger has dramatically increased in that nation (“As Hunger Spreads in Afghanistan, Hospitals Fill With Premature, Dying Babies,” Wall Street Journal, January 28, 2022). Half the country’s population—about 20 million people—are facing conditions of acute hunger as the economy continues to collapse following the Taliban takeover and the Western sanctions that have followed.

Extreme hunger has many consequences, including pregnant mothers giving birth prematurely to babies with very low birth weights. “The Wardak provincial hospital’s director in Maidan Shahr, Muhammad Nadir Rahmani, said the hospital is seeing the birth weight of babies reduce alarmingly, as the bodies of malnourished mothers are unable to carry their children to full term.” Many of these little ones are too premature to live. Breastfeeding mothers who lack food lose their milk supply and cannot feed their infants. As one mother said, “We have always been poor, but things have gotten so bad I don’t have words to describe it.”

Many other nations around the globe, especially in the horn of Africa, are also experiencing extreme hunger (“Severe drought threatens 13 million with hunger in Horn of Africa,” UN News, February 8, 2022). Tragically, it is often the youngest who are hardest hit. Such conditions should move us to “sigh and cry” for the suffering we see in the world around us (Ezekiel 9:4) and pray that God will hasten the return of Jesus Christ to set up the Kingdom of God, which will bring peace and abundance—and an end to hunger.

Where Are All the Teachers Going?

CNN has reported an alarming trend: “US teacher prep programs have reported shrinking enrollment numbers over at least the past decade. Experts are sounding the alarm” (“Teachers are leaving and few people want to join the field. Experts are sounding the alarm,” February 5, 2022). Many teachers are now retiring, and replacements are in dwindling supply. The reasons for teachers leaving makes for a large list, “from low pay and often little regard from their communities, to growing numbers of school shootings and legislative requirements about what and how to teach.” As educators leave the teaching field, the vacancies they leave behind are going unfilled because fewer and fewer seem interested in taking their places. As one official noted, “I don’t know how bad it’s going to have to get before we realize as a country that if we don’t invest in education… we will not have anyone in the classrooms to teach our children.”

A 2021 report from the UK reported that one in six new teachers quit after the first year (Forbes, June 17, 2021). Teacher shortages are a problem in Canada as well, where in some provinces, 40 percent of teachers leave in the first five years. In a recent survey of 15,000 teachers, “70 per cent of them reported being ‘very stressed, struggling to cope and increasingly feeling unhappy’” (“Provinces should act fast to avert a teacher shortage now and after COVID-19,” The Conversation, March 15, 2021). The trend is similar in many other nations around the globe.

The Bible has warned of a time when disrespectful children would become oppressors (Isaiah 3:4; 2 Timothy 3:1–4). However, biblical prophecies also tell of a time after Jesus Christ’s return when teachers will once again show students the right way to live (Isaiah 30:20–21). At that time, parents will take a much more prominent role in teaching their own children (Deuteronomy 4:9–10; 6:6–7).

The Wall Street Journal reports that rising fertilizer prices around the globe are impacting farmers everywhere (“‘Farms Are Failing’ as Fertilizer Prices Drive Up Cost of Food,” January 21, 2022). While having a devastating effect in developing countries, no one seems immune. In Texas, for example, fertilizer prices have risen by more than 80 percent since last year (“Rising input costs creating tough budgets for farmers,” KXXV News, January 20, 2022). Fertilizer prices now make up 30 to 35 percent of operating costs for farmers, and the rising expenses are beginning to make crops too expensive for buyers. As a result, farmers are cutting back the amount of seed they plant. The result is less food available for consumers.

The WSJ highlights the scope of the crisis: “Fertilizer demand in sub-Saharan Africa could fall 30% in 2022, according to the International Fertilizer Development Center, a global nonprofit organization. That would translate to 30 million metric tons less food produced, which the center says is equivalent to the food needs of 100 million people.” Lower fertilizer use lowers food production, food quality, and food availability, increasing global hunger. The fertilizer crisis even impacts worldwide employment rates because there is less employment for agricultural workers.

Biblical prophecy states that one of the signs of the coming end of the age will be famines and food scarcity. While some of this shortage will occur because of droughts and war, some portion of these shortages could also be brought on by a lack of access to the chemicals that farmers have long depended upon to vastly increase crop yields. We are told to watch for the signs of the end of the age (Mark 13:35–37), and one of the signs will be a decrease in food availability (Revelation 6:5–8). 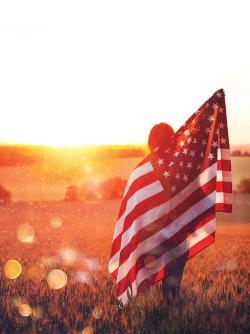 Read with Your Children!

Has Diversity Gone Too Far?