To serve Jesus Christ and help build a better world in the future, true Christians must learn how to “come out from among them and be separate” from the affairs of this one.

Many are thankful that the last three years are over and are hoping for a better year ahead. Perhaps you are among these thankful folks, and we cannot blame you. The list of disasters is endless, and the terms perfect storm, historical, of biblical proportions, and black swan event are heard too often for our liking. We all know that times have been difficult and that decisions by leaders have seemed maddening and disastrous.

There is reason to hope for a better year. Leadership in several key countries has changed. Israel, Italy, the United Kingdom, and the United States have seen important political shifts, and history shows that some leaders are better than others. Some are more compassionate and truly care for the people they govern. Yet being compassionate alone does not necessarily make one a good leader. Vision and courage are necessary, as are decisiveness and recognizing the best course of action. However, it often takes time—even years or decades—to know whether a decision was actually the right one or not. Great leaders do make a positive difference, but—here’s the rub—the difference is often short-term. Why?

God’s Kingdom Is Not of This World

The problem is human nature. Human beings are naturally selfish and take the easy paths. Once someone is in power, he or she is driven to stay there. Dictators tend toward egotistical rulership, often turning to oppression to control their people and challenge neighboring countries. We can easily think of names that fit this bill. Democracies, on the other hand, also cater to the baser nature of mankind, as politicians bribe people with public money. “Free” money is never free, but tell that to a naïve public. How often we hear, “The public is smarter than that”—but sadly, that is not often what we see.

The public falls for the same old tactics, generation after generation. Politicians get elected by telling people what they want to hear—flattering them, promising them, and, above all else, telling them what a scoundrel the opponent is. We may rightly say that the surest way to get into power, and to stay in power, is through lying. Yes, leaders do make a difference, but even at their best, they only buy time—as any student of history realizes. Eventually, the consequences of human nature set in.

So, where does this leave us? Is the solution to join a group to overthrow the government, either by the ballot or by violence? Or is there a better way? And what can we expect of government in the years ahead?

The biblical book of Proverbs is instructive: “Righteousness exalts a nation, but sin is a reproach to any people” (Proverbs 14:34). No matter who the leader may be, a sinful nation will be beset with unsolvable problems. One can hope that a righteous leader will come along to lead a nation out of sin, but history is not encouraging on this note. A leader who bribes people with their own money to get their votes, who tells them what they want to hear—rather than what they need to hear—and who spreads half-truths and deceptions regarding his opponents is hardly a righteous leader who will lead people out of sin. As the proverbs instruct us, “It is an abomination for kings [rulers] to commit wickedness, for a throne is established by righteousness” (16:12).

One must wonder how such a righteous leader, if there were one in the wings today, could inspire his or her nation to turn to righteousness. The anti-God agenda has infiltrated all levels of Western society: education, business, the media, and government, including entrenched bureaucracies. Any truly righteous leader would be unelectable—or, if in office, removed by impeachment or a vote of no confidence. Court injunctions and bureaucratic foot-dragging would further impede any attempt to turn around a nation that has been fed a steady diet of anti-God propaganda. It is for this reason that, while some leaders are undoubtedly better than others, no leader waiting in the wings will solve our entrenched problems. Furthermore, even if a leader did somehow bring order humanly, apart from turning his country to God, would God—who commands the weather and other events mankind itself cannot control—bless the nation?

Let me be blunt: “Christian nationalism” is not biblical. This is Satan’s world, and you and I will not change that by “getting out the vote” or resorting to violence. Don’t just believe me—open your Bible and look up John 14:30, 2 Corinthians 4:3–4, and Ephesians 2:2–3. But if Christian nationalism is not the answer, what is?

Many people are familiar with the rousing words of the “Hallelujah Chorus” in Handel’s Messiah, proclaiming that Jesus will be “King of kings and Lord of lords.” Those words come from Revelation 19:16. But who are these kings and lords that Christ is King and Lord of? The answer is found in your Bible. So few understand the true Gospel of Jesus Christ—the message He proclaimed for three-and-a-half years. Gospel means good news, but what is that good news?

The True Message of Jesus Christ

The prophets foretold a time when God’s true servants, under the direction of the returning Christ, would be given rulership over the world. The book of Daniel describes that before this time, four world-ruling Gentile empires would rise, beginning with Babylon and extending to the end of the age (Daniel 2:36–45). Daniel 7 describes these four empires as wild beasts. Then what? “Then the kingdom and dominion, and the greatness of the kingdoms under the whole heaven, shall be given to the people, the saints of the Most High. His kingdom is an everlasting kingdom, and all dominions shall serve and obey Him” (Daniel 7:27).

Chapter 14 of the book of Zechariah tells of this time of the end, when the Messiah will step in to save mankind—when Jesus Christ will be King over all the earth. This is the message Jesus proclaimed in detail throughout His ministry. The Kingdom of God was His message from the beginning (Mark 1:14–15). It was the message He said He was sent to proclaim. “I must preach the kingdom of God to the other cities also, because for this purpose I have been sent” (Luke 4:43). The Kingdom of God was the focus of most of His parables (Mark 4:10–20; Luke 19:11–27). This was the message the disciples of Christ understood and taught after His resurrection (Acts 8:12; 20:25; 28:30–31). And the reward for those who are called, chosen, and faithful during this present age will be future rulership under Jesus Christ. Only then will there be the kind of leadership the world craves yet refuses to accept (Revelation 17:14; 20:4).

Dear friends, we have entered a time when God is going to deal with the world in the only terms it can understand. We have come to the place where one misstep—one miscalculation, one accident by a nuclear power—can bring down our whole house of cards. As Jesus foretold nearly 2,000 years ago, “For then there will be great tribulation, such as has not been since the beginning of the world until this time, no, nor ever shall be. And unless those days were shortened, no flesh would be saved; but for the elect’s sake those days will be shortened” (Matthew 24:21–22). But it is not all bad news—God will step in by sending His Son back to save us!

Until then, new “saviors,” “messiahs,” and “champions” using the same old tactics and slogans will delude people for their votes and support. It is true that some of them will be better leaders than others, but none can truly solve mankind’s systemic problems. Yet in your own life today you can experience a foretaste of the coming Kingdom of God, preparing for a future when you truly will help to change the world. To learn more about this glorious truth, please contact us for our free resource Do You Believe the True Gospel? 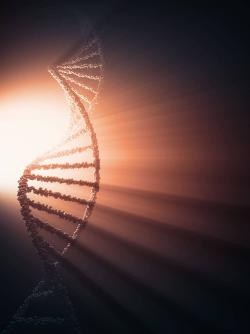