Scripture reveals that tough times are ahead for the United States and the British-descended nations, before Jesus Christ's prophesied return. Does this mean that we should want to see our nations suffer?

If you have been reading Tomorrow's World magazine for a while, you know that we proclaim openly what the Bible prophesies for the last days—hard times ahead for nations that do not "get their act together" before Jesus Christ's return.

We certainly want Christ to return, and we know that these prophecies of hard times—harder than any nation has seen before—must come to pass before His return. But does this mean we are rooting for our nations to suffer?

Does it seem troubling that banks in the U.S. have felt it necessary to accept billions of dollars from foreign investors—even potentially hostile foreign investors—in order to stay afloat? Yes. Does it seem frightening that American sources of such capital were apparently nowhere to be found, and that the nation would be in even worse shape if it were not for such massive capital investments from outside its border? Yes. Does the nation's incredible dependence on other nations—its lack of control of its own destiny—add to the foreboding sense of a soon-coming prophesied time when the modern Israelite nations will be abandoned by their "lovers" and will become the "tail" and not the "head" (Deuteronomy 28:43–44)? Yes.

But does this mean that we want the nation to fall? No!

Does it seem that the U.S. military is losing respect around the world? Yes. America's opponents have discovered how easy it is for nationless guerillas, and terrorists with improvised weapons, to thwart the will of a "superpower." Does it seem that the "pride of our power" is being broken before our eyes (Leviticus 26:19)? Yes. But does this mean that we want to see the U.S. fail to bring peace to Iraq, or to fend off Iran's aggression? Not at all.

If that does not happen, we still want America to be strong enough that it can be a supportive place for the Work of God, where the proclamation of the true Gospel can go on in a powerful way.

Yes, we at Tomorrow's World want Christ to return very soon—even though this means a Tribulation beforehand, and times of unprecedented suffering for the Jewish state of Israel and for the modern nations descended from the "lost" ten tribes of ancient Israel, including the U.S. and Great Britain. But while we understand the prophesied need for that suffering, we will not be like Jonah—who, in spite of preaching repentance to the Ninevites, actually hoped they would not repent. Rather, we strive to preach a message of hope—that those who repent, whether individuals or entire nations, can begin to reap God's blessings.

If the dollar should rally, the economy should flourish or peace be found in Iraq, we should take the time to thank God for His mercy, and for the reminder this provides that He "is longsuffering toward us, not willing that any should perish but that all should come to repentance" (2 Peter 3:9).

Even if our nations do not repent, we can and should repent individually. And we should pray for our nations, asking God to give them the wisdom to obey Him, so they can experience the blessings He intends for them. We know it is only because of the obedience and faithfulness of our father Abraham that our nations have received such blessings in the past, and we should thank God for signs of repentance when we see them, just as we also sigh and cry at the abominations around us (Ezekiel 9:4). The stakes are high, and if we do not repent, individually and nationally, we need to understand the consequences. In the words of Thomas Jefferson, "I tremble for my country when I reflect that God is just, that His justice cannot sleep forever." 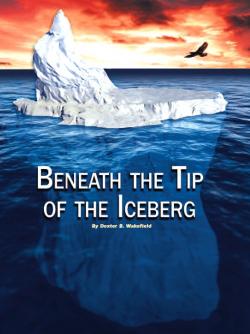 Beneath the Tip of the Iceberg 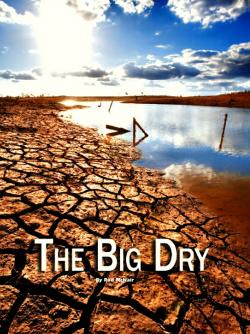 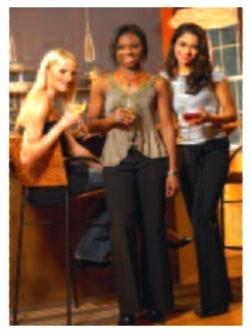 The Glamorization of Alcohol