Can any human being really bring about the change our nations need? What does God say about change? What change does He have in mind for our world, and for you?

A historic election season in the United States came to a close last November 4, with the victory going to a candidate who energized the hopes and dreams of millions with his vision for America, epitomized by his slogan: "Change We Can Believe In."

When President-elect Barack Obama takes the oath of office on January 20, he will become chief executive of a nation that on the one hand is still widely considered the world's only remaining "superpower," but that on the other hand is seeing its power drained away by a catastrophic economic downturn.

What change can the new President bring—and how should Christians in the U.S. respond to his leadership?

First and foremost, Christians should be praying for the President. The Apostle Paul wrote: "Therefore I exhort first of all that supplications, prayers, intercessions, and giving of thanks be made for all men, for kings and all who are in authority, that we may lead a quiet and peaceable life in all godliness and reverence" (1 Timothy 2:1–2).

Christians, considering themselves "aliens and pilgrims" in this world, with their true citizenship in heaven (1 Chronicles 29:15; Philippians 3:20), do not participate in worldly politics. However, Scripture reveals that it is God who made Senator Obama's victory possible, and that he will be ruling with God's consent (Romans 13).

Many harbor unrealistic expectations that President Obama will quickly bring peace and prosperity to his nation, quickly reversing eight years or more of policies they feel have brought the nation to economic, political and moral ruin. At the other extreme, some view the newly elected President as essentially un-American, and wonder whether he will play a role in bringing an end to the United States of America as we now know it.

We should remember that many observers expressed similar feelings when George W. Bush was elected. Political partisans often overestimate the damage their opponents can do. Yes, this present age will indeed come to an end soon—but not because of George W. Bush or Barack H. Obama. God is more powerful than any human ruler, and Christians should trust that God is in charge. If you have not already done so, read our free booklet Prophecy Fulfilled: God's Hand in World Affairs, to see how God has been carrying out His plans on Earth since long before Bush or Obama were even born.

What of the slogan: "Change We Can Believe In"? If you have a King James Version or New King James Version Bible, you may have noticed what the book of Proverbs says about change: "My son, fear the Lord and the king; do not associate with those given to change" (Proverbs 24:21, NKJV). Is that verse an indictment of the Obama slogan? Not quite. Look at how the verse is rendered in one modernized English translation: "My children, you must respect the Lord and the king, and you must not make friends with anyone who rebels against either of them" (Proverbs 24:21, Contemporary English Version).

Christians are not to rebel against the rulers of their nations, nor to befriend such rebels. However, this verse also makes it clear that Christians must not associate closely with those who rebel against God. Though some around us may put the new President on a pedestal, overestimating what he can do—for good or for evil—to change the nation, we should be careful to avoid such idolizing of a man. Christians seek first the Kingdom of God and His righteousness (Matthew 6:33), and look forward to the establishment of that literal Kingdom here on this Earth at Jesus Christ's return. Christians place their ultimate hope not on any human agent of change, but on a God who does not change (Malachi 3:6).

Change, however, is the destiny of every human being who accepts Jesus Christ's sacrifice, and through the Holy Spirit lives a life of obedience to God and His ways. What will happen at the trumpet blast upon Jesus Christ's second coming? That is when "the dead will be raised incorruptible, and we shall be changed. For this corruptible must put on incorruption, and this mortal must put on immortality. So when this corruptible has put on incorruption, and this mortal has put on immortality, then shall be brought to pass the saying that is written: 'Death is swallowed up in victory'" (1 Corinthians 15:52–54).

That is the destiny of those whom God is calling today. That is change we can believe in! 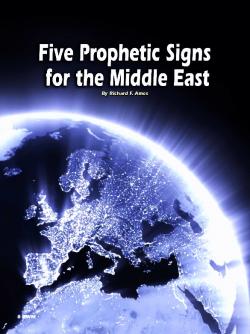 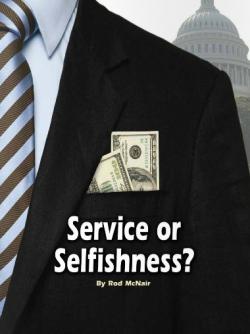 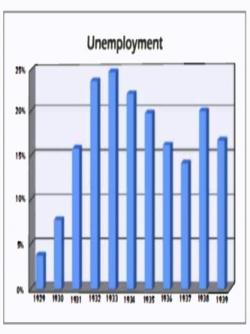