For hundreds and even thousands of years, nearly all of the many Western value systems understood homosexual conduct to be against the natural order and the will of God. Yet, in recent decades, the move to tolerate, then accept, and then "normalize" the practice of homosexuality has become a major force in Western political and cultural life.

Why and how has this happened? Has human nature changed, and our values advanced to a more "mature" and "higher" level of understanding? Or might there be a more sinister and ominous aspect to this burgeoning issue that is dividing families, churches and nations? Few today realize that in this drive to legitimize homosexuality, we are seeing ancient Bible prophecies coming alive!

The rise to prominence of homosexuality and same-sex marriage in Western nations did not just "happen" because "its time had come." Rather, a careful analysis shows that it is a small minority of activists who have driven the issue. Reliable studies confirm that no more than 2 percent of the population identifies in any way as homosexual, yet their influence has been magnified by a relentless campaign to change the minds of "opinion leaders" in Western society.

About 20 years ago, Marshall Kirk and Hunter Madsen—two Harvard University-educated homosexual activists—developed a plan to use the power of social marketing and public persuasion tactics to challenge and change fundamental Western views and values. The strategy they mapped out—in an article titled "The Overhauling of Straight America" and in a book, After the Ball; How America Will Conquer Its Fear and Hatred of Gays in the 90s—is now commonly known as "the homosexual agenda." The essence of that agenda is to portray homosexuals as sympathetic victims, to portray as villains those who oppose homosexuality, to redefine homosexual conduct as "normal" and even "desirable" —and to recruit political and financial support to overturn laws that constrain homosexual conduct.

Kirk and Madsen described their agenda as follows: "The campaign we outline in this book, though complex, depends centrally upon a program of unabashed propaganda, firmly grounded in long-established principles of psychology and advertising" (After the Ball, p. xxviii). At the same time as public health officials were growing concerned about the rampant spread of Acquired Immune Deficiency Syndrome, Kirk and Madsen saw AIDS as an incredible public relations opportunity, "How can we maximize the sympathy and minimize the fear? How, given the horrid hand that AIDS has dealt us, can we best play it?" (ibid., p. xxvii).

What we are seeing in America and other Western nations is the result of a deliberate attempt to change the perspectives and values of nominally "Christian" peoples—through the power of advertising and persuasion techniques. As Kirk and Madsen wrote, "We mean conversion of the average American's emotions, mind and will, through a planned psychological attack, in the form of propaganda fed to the nation through the media" (ibid., p. 153). This strategy has allowed these radical ideas to gain acceptance in schools, universities, churches, courts and political parties in recent decades.

So, is homosexual behavior really just a normal and harmless alternative lifestyle? Are homosexuals just a persecuted minority that has been denied its deserved rights? Were they "born that way"—and does it matter? Tragically, amidst the public relations onslaught, facts are deliberately ignored in the struggle to legitimize homosexuality. There is no decisive scientific evidence that homosexuality is an inborn trait—despite 20 years of research, no "gay gene" has been discovered. Widely recognized factors that contribute to homosexual identification include (but are not limited to) childhood experiences in broken homes, particularly with distant or abusive fathers and dominating mothers. Moreover, homosexuality is a high-risk lifestyle that is chosen—not inherited. Homosexuals exhibit extremely high rates of promiscuity (some having hundreds of sexual partners in a lifetime), higher rates of sexually transmitted diseases (especially AIDS and hepatitis) and face reduced life expectancy. They exhibit more signs of mental illness and substance abuse, and have been found to engage in nearly double the rate of domestic violence as found among married heterosexuals.

Studies have also found that men in same-sex relationships display higher rates of "unfaithfulness" and break up more frequently than heterosexual marriages. Children reared in homosexual "families" experience more gender confusion and are more sexually active and more likely to engage in homosexual behavior than children raised in stable, God-fearing families ("Homosexuality: Some Neglected Concerns," Journal of American Physicians & Surgeons, Fall 2005, pp. 80–82). Today, however, because of the deceptive effort to legitimize homosexual behavior, these sobering facts are deliberately ignored by the proponents of "normalized" homosexuality. Attempts to present these sobering facts are typically met with ridicule, and those who present them are demonized as "homophobes" and religious fanatics.

The Bible plainly teaches that homosexual conduct is not acceptable to God—it is labeled a detestable thing, "an abomination" and a sinful behavior (see Leviticus 18:22; 1 Timothy 1:9–10). The Apostle Paul warned the morally loose Corinthians, "Do not be deceived. Neither fornicators, nor idolaters, nor adulterers, nor homosexuals, nor sodomites…will inherit the kingdom of God" (1 Corinthians 6:9–10). Scripture could not be clearer! So, why are leaders in so-called "Christian" nations promoting as normal, behaviors once viewed as evil perversions?

The simple answer is that millions are being deceived! Our modern secular world has lost sight of the fact that there are satanic forces operating in the world. The Bible reveals that Satan is "a liar and the father of it," and that he is a deceiver who "deceives the whole world" (John 8:44; Revelation 12:9). Satan used lies to deceive Adam and Eve (Genesis 3:1–13) just as radical activists today use lies to promote homosexuality as a normal, healthy alternative lifestyle. The Apostle Peter warned Christians to beware of false teachers who use "deceptive words" to lead people away from true biblical values (2 Peter 2). Paul records that when people turn away from God and reject His divine instructions, they are easily deceived and turn to practices that lead to their demise (see Romans 1:18–32). This happened to the Greeks and Romans as their empires crumbled, and it is happening in the so-called "Christian" nations of the Western world today! One knowledgeable scholar has observed, "Whoever, therefore, wishes to ruin a nation, has only to get this vice [homosexuality] introduced; for it is extremely difficult to extirpate it where it has once taken root" (The Homosexual Agenda, Sears and Osten, p. 16)

Long ago, Moses foresaw this tragic state of affairs when he warned the ancient Israelites, "I know that after my death you will become utterly corrupt… And evil will befall you in the latter days, because you will do evil in the sight of the Lord, to provoke Him to anger through the work of your hands" (Deuteronomy 31:29). The prophet Isaiah warned that a time would come when, "Those who lead you cause you to err" by calling "evil good, and good evil" (Isaiah 3:12; 5:20)—just as we are seeing today! The prophet Hosea foresaw a time when the backsliding descendants of the Israelites would consider the laws of God a "strange thing" (Hosea 8:12) and Peter prophesied, "scoffers will come in the last days" who will ridicule God's word (2 Peter 3:3–4). As we watch these ancient prophecies coming alive today, we must not be deceived, lest there be grave consequences—to families, to nations and to individual ruined lives! 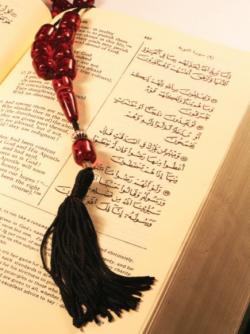