The year 2012 has been a remarkable year for Great Britain. Many events have taken place that have turned the year into a veritable cavalcade of special moments. The Shakespeare World Festival at Stratford-upon-Avon, for example, was followed by Queen Elizabeth II’s Diamond Jubilee, with a spectacular display of craft on the River Thames, and hundreds of celebrations around Great Britain and the Commonwealth. Wimbledon’s Grand Slam tennis championship came soon after, which, together with other notable sporting events, culminated in the “greatest show on earth”—the 2012 Olympic Games held in the redeveloped East London Docks area.

What made the Olympics extra-special for many was the introduction of several technological improvements by the British Broadcasting Corporation (BBC). This included: 3D broadcasts covering some 230 hours of events; 24 channels of live video using HD “chunked streaming” beamed to television, Internet, tablet computers and smart phones. A new live Interactive Video Player was specially introduced. Remote robotic cameras controlled by laptops were used to capture photos from unique vantage points around the Olympic Park. All this contributed to the viewing pleasure of some four billion people.

Amid all this, perhaps the most remarkable development was seen by just a few. The BBC showcased the next generation of television technology to selected audiences in the UK, Japan and America. Known as Ultra High Definition television or Super Hi-Vision (SHV), it is a joint venture between Nippon Hoso Kyokai (NHK)—the Japan Broadcasting Corporation—and the BBC. Tim Plyming, the BBC’s Project Leader for SHV, wrote on his blog that, “The London 2012 Olympics will be the first time [this] ground-breaking technology will be used to deliver exceptional quality content in the UK.”

More Than the Eye Can See

NHK’s engineers have developed the only three SHV cameras in existence, which enabled them to work with the BBC’s test studios in central London to provide the first working opportunity of the SHV system to an international audience.

These new cameras produce a level of detail 16 times greater than High Definition (or 7,680 by 4,320 pixels). And whereas sound for most HD television uses a 5.1 multichannel system, the new technology boosts the sound to a mighty 22.2 multichannel, 3-dimensional audio system. In the BBC theatre, three layers of speakers were strategically placed around the room—an upper layer of nine channels, a middle layer of ten channels and a lower one of three. It was not just surround sound; it was total sound immersion!

The technology is so impressive that it reaches the limits of what the human eye is capable of absorbing. The sharpness of the images and the wide field of view (100 degrees instead of 30 degrees for HD) is so embracing it is as if the viewer is right there in real life; if you walk up to it and look at it close-up, there is little or no blurring or pixilation. It is stunning!

At the SHV demonstration, I asked Mr. Plyming how soon we can expect to see this new technology in people’s homes. NHK began their work in 1995, so one might expect it to be soon—but, according to Mr. Plyming, it could still be ten years away.

I asked what applications it could be put to, and was told that the medical world especially can use it to televise live operations to teaching hospitals. The highly detailed images would allow students around the world to observe the finest of medical procedures. The benefits to education would also be profound.

Also present at the screening was NHK’s principal research engineer Yuichi Kusakabe. He told me that there are others working with different technologies. But, from what I saw, this one will be hard to beat.

Using the Olympics for television breakthroughs is not new. The 1948 London Games gave the BBC its first trial of outdoor broadcasting, while the 1964 Tokyo Olympics ushered in colour television around the world. High Definition Digital (HDD) television, which replaced the analogue system, was initially trialed at the 1984 Los Angeles Olympics, though it took another 20 years for it to come into commercial production.

It is perhaps somewhat ironic that one of the BBC’s most successful and long-lasting television programmes on science and technology was called Tomorrow’s World. From the 1970s to the 1990s, it gained a wide and enthusiastic following, with a high at one time of 10 million viewers per week, before the BBC put an end to the programme in 2003—four years after our Tomorrow’s World telecast went on the air in the United States. It was just three years later that our telecast, devoted to proclaiming the Bible’s spiritual message, was aired for the first time on SKY channel 590 here in the UK. The Gospel Channel Europe was the first to carry our programme here, and continues to do so on Monday nights at 7:00 p.m. It can also be viewed on Sky 596 on Sunday at 10:00 a.m. and Sky 591 on Wednesday at 6:00 a.m. If you have a Roku box (learn more at www.roku.com), you can watch the programme on your television set whenever you want, and you can always watch it on our Web site at TomorrowsWorld.org.

In many ways, our Tomorrow’s World programme shares an excitement regarding the future not unlike what Plyming and his team exude, but our emphasis is different because of what we know from Scripture. We proclaim a world of moral excellence and godly character that must lie behind the development of the kind of technologies that advance and benefit society. We understand from Scripture that Jesus Christ, the Creator of all that is around us (Ephesians 3:9; Colossians 1:16), will return to this earth to transform the spirit and mind of man. The spirit of this world—which includes vanity, competition, pride and iniquity—will be dramatically changed. That fundamental change will impact all areas of human endeavor, including science and technology. In the Kingdom of God, only those developments that positively affect human progress will move forward. Those devoted to war and destruction will become a thing of the past.

The Bible tells us that in the coming Kingdom of God, God’s perfect law of love—as exemplified by the Ten Commandments given to Moses on stone—will be written on the very hearts and minds of all human beings (2 Corinthians 3:2–3). God tells us, “I will put my laws into their hearts, and in their minds I will write them” (Hebrews 10:16). A change will take place in human minds that will bring about a profound realignment of thoughts and actions. With Satan the devil bound and chained, his evil influence will be put away. Anger will give way to abiding love; greed and envy will be replaced by generosity and praise for others. Children will play safely and workers will be paid an honest wage for their work—with profligate bankers’ bonuses, for example, a thing of the past.

Will there be room for SHV’s television technology, or something like it, in our future? Who can say otherwise? God is not against the marvelous discoveries of the human mind. He does, however, have a problem with how many of these inventions are put to a wrong use in this present evil age (Galatians 1:4).

Truly, a wonderful world is coming! To learn more, read our booklet, The World Ahead: What Will It Be Like? Request your free copy from the Regional Office nearest you (listed on page 30) or order online at TomorrowsWorld.org. 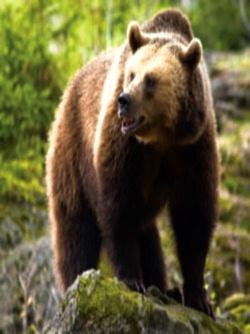 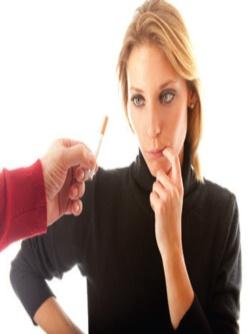 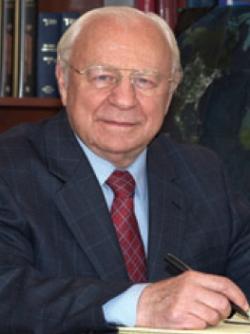