Are we really living in the “last days” before the return of Jesus Christ? While critics scoff, many professing Christians believe that is the case, but how would you know? The obvious answer is to consult the source that addresses these questions—the Bible. The Bible, unlike any other religious books, contains dozens of prophecies about specific events that will occur at the “end of the age”—just before Jesus Christ returns to this earth and dramatically intervenes in human affairs—and many of those prophecies are coming alive today!

Scoffers in the Last Days

Two thousand years ago, Jesus told His disciples to watch for specific signs that would indicate His return was near—widespread religious deception, increasing violence, spreading ethnic strife and wars, famines, disease epidemics and increasingly severe natural disasters—events that are making headlines today (Matthew 24; Mark 13; Luke 21). However, the Apostle Peter mentions another major sign that will mark the approaching end of the age, “knowing this first, that scoffers will come in the last days, walking according to their own lusts… saying ‘Where is the promise of His coming?” (2 Peter 3:1–4). Peter foresaw a future time at the end of the age when skeptics and critics would mock the plain statements of Scripture. Jude, the brother of Jesus, mentions this same sign, “remember the words which were spoken before by the apostles… how they told you that there would be mockers in the last time who would walk according to their own ungodly lusts” (Jude 17–20). A major sign of the end of the age will be the emergence of scoffers and critics who will attack the Bible and the teachings of Jesus just before His return. We are witnessing this growing phenomenon and its consequences today!

For nearly two thousand years, the Bible and the words of Jesus and the apostles were regarded as divinely inspired writings. Biblical teachings provided a unique foundation that set Western Civilization apart from the rest of the world. However, beginning in the 1850s with the speculative theories of Charles Darwin (creation without a Creator), Karl Marx (religion is the opiate of people) and the German philosopher Friedrich Nietzsche (God is dead), critics and skeptics saw an opportunity to attack the veracity of the Bible and reject the God of the Bible and His teachings. In the late 1800s, Robert Ingersoll, a self-educated American attorney and professed atheist, attracted thousands who came to hear his outrageous attacks on God, religion and Christianity (see Challenging the Bible by Dean Tipton).

Since the 1960s, liberal scholars and theologians, progressive politicians and the secular media have adopted this same approach and mounted a sustained attack on all the elements of biblical religion. In recent years, in once-professing-Christian nations, we have witnessed atheists openly attack, theologians openly doubt, and political leaders openly defy the teachings of the Bible and deliberately scoff at the idea of an all-powerful God who intervenes in human affairs. British professor Richard Dawkins claims in his book The God Delusion that “there almost certainly is no God,” that the Bible is “just plain weird” and filled with “obnoxious doctrines,” that the God of the Old Testament is a “vindictive… bloodthirsty… monster” and “the most unpleasant character in all fiction,” pp. 2, 4, 31, 237, 252). Author Christopher Hitchens writes in his book god is not Great that religion is grounded on wishful thinking, and he lampoons the “mythical morality tales of the holy books” (pp. 4–6). American atheist and neuroscientist Sam Harris writes in The End of Faith that faith-based religion, like alchemy, is headed for “the graveyard of bad ideas,” and he claims there is no more evidence for God or Satan than there is for Zeus and that religious faith is based on a lack of evidence (pp. 13, 25, 232).

In America, a nation founded on biblical teachings, prayer and Bible reading have been outlawed in school classrooms, the Ten Commandments have been banished from public buildings, and liberal theologians openly state they no longer believe in a personal God or that the Bible is divinely inspired. After decades of anti-religious and anti-Christian propaganda, researchers have noted a “sharp decline in religious faith in Britain” with more people not believing in God than those who do (Daily Mail, December 16, 2009). In America, studies by the Barna Group show the move away from Christianity is greatest among younger adults, “Almost half (48 percent) of all U.S. adults between the ages of 18–28 are post-Christian, and 40 percent of those between 29–47 fall into the category as well” (Frontlines, June 2013).

The decline of religious belief in America and other Western nations has paralleled a rise in social pathologies and perversions. Behaviors once frowned upon and punished—lying, stealing, fornication, adultery and divorce—are now promoted as normal. In the last few years, political leaders, secular academics and liberal theologians, aided by the media, have actively promoted the acceptance of homosexuality and same-sex marriage—practices that the Bible has long-labeled “evil” and “an abomination” to God (Leviticus 18:22; 1 Corinthians 6:9–10).  Significantly, these “bold new progressive” actions rest on assumptions that God is not real, the Bible is not true, and people can do whatever they want—without any consequences!

However, just as Bible prophecies foretold the rise of scoffers in the last days, dozens of Bible prophecies reveal that serious consequences will come—especially on Israelite nations that God has blessed so abundantly. Long ago, God warned His chosen people if they disobeyed His laws, they would “reap what they sow” (Jeremiah 2:17–19; Hosea 4:9). Moses warned the ancient Israelites, “If you do not obey Me … and if you despise My statutes… I will even appoint terror over you… you shall be defeated by your enemies. Those who hate you shall reign over you… I will even break the pride of your power” (Leviticus 26:14–33). Looking far into the future, Moses warned, “I know that after my death you will become utterly corrupt, and turn aside from the way which I have commanded you. And evil will befall you in the latter days, because you will do evil in the sight of the lord, to provoke Him to anger” (Deuteronomy 31:29). All this is going to happen because the end-time leaders of once-professing Christian nations have chosen to scoff at the laws of God, ignore Bible prophecies and defy the God of the Universe. Sadly, end-time scoffers do not recognize themselves in Bible prophecies. The real question is, do you recognize the significance of ancient prophecies that are coming alive today? 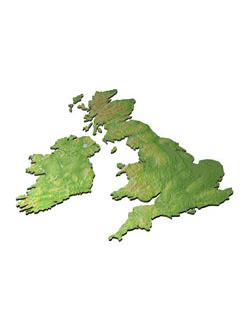