Does the parable of Lazarus mean people go to heaven and hell? | Questions and Answers | Tomorrow's World
Tweet

Lazarus and the Rich Man


Question: Doesn’t the story of Lazarus and the rich man prove that people go to heaven or hell when they die?

Answer: This parable is frequently misunderstood. To comprehend what Jesus is teaching, one first needs to understand the clear teaching of God’s word on the state of the dead.

The Bible says plainly, “The soul [that is, the individual] who sins shall die” (Ezekiel 18:4), and Jesus Himself said that he who believes in Him “should not perish but have everlasting life” (John 3:16). Right here, the Bible again makes it very clear that the fate of the sinner is to perish—to die—not to live and suffer forever! And Ecclesiastes 9 says very clearly that “the dead know nothing” (v. 5) and there is “no work or device or knowledge or wisdom in the grave where you are going” (v. 10). If the soul who sins dies, and if there is no knowledge or wisdom—no “consciousness” or “thinking”—for those who have died, then there is no way that the parable of Lazarus and the rich man can mean that the sinner is sent off to eternal torment in hell. So, what does it really mean?

When Jesus spoke the parable of Lazarus and the rich man, Jesus intended to illustrate an important lesson that most fail to understand. According to Jesus’ story, Lazarus died and was carried by angels to “Abraham’s bosom” (Luke 16:22). We must also understand that God gave Abraham and his “seed” the promise of the earth for an eternal inheritance (Romans 4:13). The Apostle Paul said if we are Christ’s, we are considered by God as Abraham’s seed—children—and are then also heirs with Abraham to receive this promise (Galatians 3:29). It is through faith that we may become “sons of Abraham” (Galatians 3:7). Christians would have an intimate relationship or a close bosom relationship with Abraham by sharing this promise. Christ likened it to being taken to Abraham’s bosom. This is what happened to Lazarus in Christ’s parable.

It is also important to understand that Abraham never received these promises and will not until a future date (Hebrews 11:13, 39–40). He will inherit them at the resurrection of the just, when Christ returns to establish the Kingdom of God. At that time, all Christians, who have that intimate relationship with Abraham, spiritually speaking, will receive the promises at the first resurrection. Lazarus is a type of Abraham’s children who, while often lowly and downtrodden in this life, are to receive the promises at that better resurrection (Hebrews 11:35).

But what about the rich man? Notice he died and was buried (Luke 16:22). He then lifts his eyes from the grave, not from a fiery hell of eternal torment. The word “hell” used here is translated from the Greek word Hades, which means the “grave.” It was not translated from the Greek word Gehenna, which represents the future lake of fire that will destroy the wicked forever (Revelation 20:14–15). The rich man is pictured as coming up out of his grave—through a resurrection—heading for that lake of fire.

We must make note of important time frames referred to in this parable. When Christ comes, all the righteous will be resurrected to immortality (vv. 4–5). They will have been immortal for over 1,000 years before the rich man is resurrected to be burned up in the lake of fire (v. 14–15). He would have been in the grave, having no awareness of the passage of time (Ecclesiastes 9:5). At his resurrection from the grave, he sees the surrounding flames.

As immortal sons of God, Abraham and Lazarus were on one side of the “gulf” in the parable (Luke 16:26), and the rich man, as one who rejected God’s way, was on the other side facing eternal death. Some look at the great “gulf” of the parable as the difference between heaven and hell, but that is not what the Bible teaches. This “gulf” signifies the difference between mortality and immortality. Again, “the soul who sins shall die” (Ezekiel 18:4), but those who will be made immortal in the resurrection will then never die because they will then be born of God by that future resurrection (Revelation 20:6). In the fate of the rich man, Jesus Christ was picturing the second and eternal death in the lake of fire—the final destination for those who refuse to accept and act on the good news of the Gospel. 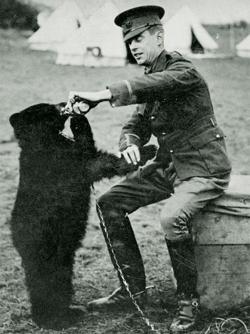 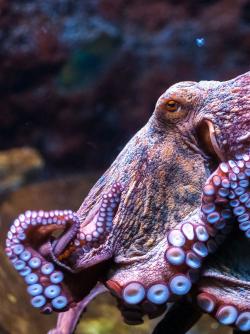 Octopus: An Alien in Our Oceans?