What would happen if your city stopped enforcing the law? Do we really need government intervention to prevent arson, robbery, and murder? Or does law enforcement only lead to suspicion, discrimination, and escalation?

The Purge, a popular horror film franchise, pictures a world where law “ceases to exist” for one day each year. Each year in that imagined world is a utopia for 364 days and a nightmare for one. This raises a meaningful question: What would occur if laws were no longer enforced? Would common sense and common decency prevail? Some genuinely believe they would.

Over the course of 16 hours in October of 1969, the city of Montreal effectively put this theory to the test.

The year was a perilous one for Montreal and its police. The Front de libération du Québec bombed the Montreal Stock Exchange in February, and bombings continued in the months that followed. Montreal became known as the murder capital of Canada. These were difficult working conditions for a police department in which many felt that the pay was not in line with the dangers of the job. And so, on October 7, 1969, police stations across Montreal emptied as the police began to strike.

A Case Study in Anarchy

Perhaps, in theory, the strike could have come and gone without incident. Everyone might have used common sense to determine right from wrong and acted accordingly, since nearly everyone in 1969 would have agreed without hesitation that robbery, destruction of property, and murder are wrong. But in fact, two significant flaws in modern theories of morality were made evident that autumn evening.

The first flaw is situation ethics, which the Collins Dictionary defines as “a theory of ethics according to which moral rules are not absolutely binding but may be modified in the light of specific situations.” While the police were on strike, many rioters did things they would normally have classified as wrong, but justified their actions because of feelings that they or others were being oppressed in some manner.

The second flaw is thinking that common sense and common decency, which we expect to find in abundance in a safe and stable society, are enough to overcome the power of groupthink. Groupthink occurs when people set aside individual moral stances, abandon independent thinking and individual responsibility, and adopt the mentality of the group. This often occurs during riots. Few would maintain that it is acceptable to burn down a building, throw rocks through windows, or flip over cars—yet, when a protest crosses the line and becomes a riot, many otherwise sensible individuals join the fray.

Situation ethics, groupthink, and a host of other factors came to a head when theory met reality after Montreal’s police left the job. The result became known as the Murray-Hill riot, or Montreal’s night of terror.

An archived special from CBC provides an overview of the details.

Montreal is in a state of shock. A police officer is dead and 108 people have been arrested following 16 hours of chaos during which police and firefighters refused to work. At first, the strike’s impact was limited to more bank robberies than normal. But as night fell, a taxi drivers’ union seized upon the police absence to violently protest a competitor’s exclusive right to airport pickups. The result, according to this CBC Television special, was a “night of terror.” Shattered shop windows and a trail of broken glass are evidence of looting that erupted in the downtown core. With no one to stop them, students and separatists joined the rampage (“1969: Montreal’s ‘night of terror,’” CBC Digital Archives).

It is telling that the chaos started slowly. One of the oft-repeated principles of law enforcement is to prevent escalation, to keep situations from deteriorating. To be clear, the law was not suspended for those fateful 16 hours. The law did not change. Right and wrong did not change. Yet, with no one present to uphold law and order, individuals committed acts that they would have deemed unacceptable just hours earlier.

Steven Pinker, a prominent psychologist who grew up in Montreal, related how this incident impacted his views on the need for law and order:

As a young teenager in proudly peaceable Canada during the romantic 1960s, I was a true believer in Bakunin’s anarchism. I laughed off my parents’ argument that if the government ever laid down its arms all hell would break loose. Our competing predictions were put to the test at 8:00 A.M. on October 7, 1969, when the Montreal police went on strike…. By the end of the day, six banks had been robbed, a hundred shops had been looted, twelve fires had been set, forty carloads of storefront glass had been broken, and three million [1969] dollars in property damage had been inflicted, before city authorities had to call in the army and, of course, the Mounties to restore order. This decisive empirical test left my politics in tatters (The Blank Slate: The Modern Denial of Human Nature, 2002, p. 331).

What lessons can we draw from Montreal’s night of terror? Any who might believe that God’s law should be discarded or viewed merely as a set of helpful-but-flexible guidelines should take the Murray-Hill riot as a cautionary tale. Those who argue that simply letting Jesus into our hearts is enough to guide our actions, and that no external code of law is necessary, should reconsider the purpose of God’s law and examine carefully the fruits being revealed as our world is becoming not just increasingly dismissive of the law of God, but even antagonistic and resentful towards it.

The Apostle Paul explained (years after Christ’s sacrifice) that God’s law is meant to teach us right from wrong, give instruction, and direct our actions. “What shall we say then? Is the law sin? Certainly not! On the contrary, I would not have known sin except through the law. For I would not have known covetousness unless the law had said, ‘You shall not covet’” (Romans 7:7). The law defines what is acceptable behaviour and what is not.

The New Testament describes God’s law as perfect: “But he who looks into the perfect law of liberty and continues in it, and is not a forgetful hearer but a doer of the work, this one will be blessed in what he does” (James 1:25). God gave us His law with intent for it to govern and direct human action—to show us how to “love your neighbor as yourself” (Leviticus 19:18, Matthew 19:19). Those who reject it become susceptible to the same flaws that led to disaster when Montreal police left their posts. Situation ethics and groupthink—both related to the fundamental human proclivity toward self-deception—can influence people to do things they would otherwise have viewed as unacceptable.

A root cause of Montreal’s night of terror was a lack of understanding of how to treat our fellow human beings. God’s laws are not random or strange rules meant only to test our willingness to obey. They carry a message far greater than most understand. God’s law teaches us how to love our Creator and how to treat those around us. And, in doing so, it ultimately demonstrates how great God’s love for us truly is.

Tomorrow’s World has produced a 30-minute video examining God’s law and explaining how each of the Ten Commandments teaches us how to love. Several of our telecast presenters contribute to it. You can watch “The Ten Commandments: God’s Law of Love” online at TomorrowsWorld.org/videos. 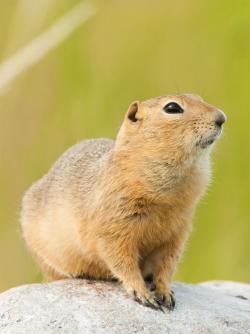