The year 2020 brought a massive locust plague that caused widespread destruction of crops and livelihoods in East African nations (Deutsche Welle, January 5, 2021). The COVID-19 pandemic has only added to the catastrophe, and about 35 million people have been left in a state of food insecurity.

Now, “the United Nations has warned that a second and maybe even deadlier re-invasion of locusts has already begun.” Adult locusts from last year’s swarm have laid their eggs. The amount of spring rain will determine the severity of the locust plague this year. The wetter the weather, the more severe the infestation will be. Locusts reproduce prolifically—at a rate of twentyfold per generation. Government officials in East African nations are preparing to attack hatching locusts before they mature, spread, and reproduce, spending millions of dollars on pesticides to be applied both on the ground and from the air.

The Bible records that a massive invasion of locusts was one of the plagues that devastated Egypt and preceded the exodus of the Israelites from bondage (Exodus 10). Officials worry that collateral damage from the locust invasion will cause cross-border problems between African nations and destabilize already weak governments. However, Bible prophecies foretell that even greater plagues lie ahead as we approach the end of the age (Revelation 9:15–16).

In many nations around the globe, COVID-19 restrictions are crippling economies and forcing many into joblessness. In the Philippines, the rates of hunger are unprecedented, and food charities are struggling to keep up (AFP, December 9, 2020). A director of one food charity observed, “If you go out there everybody will tell you that they’re more afraid of dying from hunger than dying from COVID. They don’t care about COVID anymore.”

According to one source, nearly a third of Philippine families ran short on food in the last few months of 2020, and 2.2 million families are currently experiencing “severe hunger.” Dreams of moving out of poverty have been shattered, and some compare the current state of existence to “living like pigs.”

The current extreme hunger in the Philippines is just the tip of the iceberg compared to what the future holds for mankind. The Bible warns of a future time of global hunger when billions of people will be affected by Revelation’s “black horse” of famine (Revelation 6:5–6). This coming time of extreme scarcity will be unprecedented in human history, one of many dramatic events that will come on a world that has turned away from God—just before the return of Jesus Christ.

In recent decades, the Muslim population in Europe has been on the rise, and this has contributed to political and social tensions in many European countries. In October, radical Islamists carried out two beheadings in France in the name of Allah (Gatestone Institute, December 6, 2020)—two of three serious attacks by Muslim extremists in the nation within a two-month period. According to French police, there are approximately 120 attacks by young Muslims each day—with many resulting in serious injuries. Last November, an Islamist gunman in Vienna opened fire on a crowd, killing four and injuring over twenty people.

Responding to these ongoing acts of violence, French Prime Minister Jean Castex has vowed to “relentlessly fight” against radical Islamic extremism. In addition, “Europe’s politicians responded to the recent terror attacks in France and Austria with expressions of solidarity” (Euractive, November 4, 2020). In fact, leaders pushed the EU to take stronger “joint action against terrorism” on European soil. Even Pope Francis, who has been notoriously quiet on the matter, called for the French people to “respond united for good against evil” (Religion News Service, October 29, 2020).

Frustration in Europe is growing as terrorist acts by Islamists increase in frequency and severity, and national governments are being pushed to take action to combat these atrocities. Prophetic statements in Daniel 11:40–44 indicate that at the time of the end, a “king of the South” will push against or attack the “king of the North,” which will bring an armed response from the north into the Middle East. Europe’s response to attacks by Islamist extremists could set the stage for a powerful reaction by a coming European “beast” power.

European “Coalition of the Willing” Ahead?

One of the greatest barriers to the growth and progress of the European Union is its structure—that all 27 member nations must agree on nearly every decision. A good example of just two nations blocking internal progress can be seen in the power of Poland and Hungary to block EU coronavirus recovery plans (Euro News, November 27, 2019). Simply put, there are too many people making decisions and they cannot all agree. Because of this, some analysts believe that the EU must create a “coalition of the willing” in order to truly advance (Carnegie Europe, September 17, 2020). A “coalition of the willing” would involve a small number of member states with resources to deploy and motivation to act together to effect change.

Today, EU member nations cannot agree on even simple matters—like who should take the lead on the Conference on the Future of Europe (Politico, September 21, 2020). Because they cannot agree or even “go along to get along,” there have been calls to remove “troublemaking” nations like Poland and Hungary.

In the book of Revelation, the Apostle John wrote that an end-time European “beast” power will be composed of ten kings (possibly nations or political entities) who will be of “one mind” and “give their power” to a central figure for a brief time (Revelation 17:12–14). The details of how this will play out remain to be seen, but prophecy is clear that Europe will move in the direction described in the pages of the Bible.

According to United Nations reports in September 2020, Iran had more than ten times the amount of enriched uranium allowed by its 2015 nuclear deal with world powers (BBC, September 5, 2020). By November, the Institute for Science and International Security reported a twelvefold surplus. Back in September, Iran announced a ballistic missile that can reach any part of the United States, bragging in a state-sanctioned newspaper, “American soil is now within the range of Iranian bombs” (Gatestone Institute, September 5, 2020). Observers note that the same technology could carry nuclear, chemical, or even biological weapons to wipe Israel off the map, hit U.S. bases and allies in the region, and reach NATO targets even in the far west of Europe.

According to Gatestone, “Iran now has sufficient low-enriched uranium to produce enough weapons-grade uranium for a second nuclear weapon, where the second one could be produced more quickly than the first” (Fox News, December 2, 2020). Although Iran’s nuclear and other weapons programs are veiled in secrecy, there is a broadly accepted understanding that they have more capability than previously believed—and their rhetoric is dangerous and reckless.

The book of Revelation indicates that billions of people will die before Christ returns to the earth to set up His peaceful kingdom (Revelation 6:4–8; 9:13–18). The proliferation of these devices around the world hints at the destruction to come in the years ahead. Yet the Bible also reveals that mankind will not ultimately destroy itself with nuclear weapons and that peace will eventually come from an unexpected source! 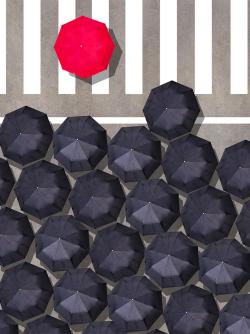 Will You Stand Alone?

Have You Missed the Message?