What can a humble egg carton teach us about how God’s commandments protect us?

Chances are, you have not heard of Joseph Leopold Coyle. Yet few people in the developed world do not make regular use of one of his inventions, an innovation that has likely made life much more convenient for you—especially at breakfast time.

For most of us, life today is easier in many ways than it was for our great-grandparents because of numerous rather simple inventions often taken for granted. In thinking of life-changing innovations, we often consider very complex machines like airplanes, motorized transportation, or perhaps even MRI machines. However, our day-to-day lives are also made much less difficult by a vast array of seemingly insignificant items, the contributions of which are often overlooked because they are seen as commonplace and mundane.

We are not overly awed when we think of the paint roller—simple, yet tremendously timesaving—or the zipper, which facilitates many operations. In fact, both of these inventions have a strong Canadian connection. For this article, however, let us look at something that we probably do not even think of as an invention.

Eggs by the Billions

For centuries, even millennia, one of the great challenges for farmers, sellers of farm produce, and consumers was how to transport a very important food product to the market and then to the home without messy and irreparable damage.

Eggs are a very important source of protein and vitamins for a great percentage of the world’s population. In more rural settings, many can raise a few chickens and maintain a local supply, but the majority of earth’s population, now crowded into cities and large towns, must rely on food distributed from zones of agricultural production to markets, and then to their homes.

But many—if not most—of these eggs would be hopelessly scrambled unless there were some means of transporting them without crushing or cracking their fragile shells. This once was, in fact, a constant problem. Collecting and moving eggs to market and then to the homes of buyers involved a huge amount of loss due to broken eggshells.

Enter Joseph Leopold Coyle. Born in the Canadian province of Ontario in 1871, he worked as a surveyor and later apprenticed as a journalist. In 1906, he settled in Smithers in the beautiful Bulkley Valley of British Columbia, and in 1910 founded The Interior News, which is still published today. Coyle was a very resourceful and creative man who tried to invent items that would solve practical, everyday problems.

In 2017, an article in the Times Colonist, reflecting on the contributions of Canadian inventors, explained the background of one of Coyle’s inventions:

Back then, [The Interior News’] office stood in what was known as Aldemere [Smithers] in British Columbia’s Bulkley Valley, near a hotel that was the spot of frequent fighting between the hotelier and a farmer, Gabriel Lacroix. The owner hated that his regular order of eggs often arrived as a mess of runny yolks.

One day, Coyle overheard this argument and that—as legend has it—was his a-ha moment. He set out to create a container to keep the eggs intact from coop to customer. In a 1917 patent application… he described a “simple, inexpensive and safe” way to carry a dozen eggs at once in an egg box that suspended and supported each one” (“Our inventors changed the world,” Times Colonist, April 27, 2017).

Coyle’s design changed over the years, and demand for this new egg box spread internationally; he had offered a solution to a global problem. He now had a new problem: keeping up with orders and the need for expanding production. So, by March 1920, he fashioned a machine that could efficiently manufacture the egg box from firm-yet-soft wood-pulp paper at factories he established at London, Ontario, and Vancouver, British Columbia, and in the United States at San Francisco, California, and Chicago, Illinois.

Not long after launching his invention, Coyle found many competitors copying it, some avoiding patent violation by using plastic instead of pulp. Competition and legal fees prevented him from becoming rich because of his innovation—nonetheless, Coyle was comfortably well-off and enjoyed life with his family, dying at age 100 in 1972. None of his other inventions matched the global impact of the now-near-ubiquitous egg box, which saves millions of pounds of eggs from accidental destruction every year.

The fragile egg needs protection from bumps and pressures, so Coyle’s egg box wraps each egg in a protective cocoon. One simple and brilliant idea, combined with a great deal of work and investment, has allowed millions of eggs to make it to markets and the plates of the world. Losses to farmers, shippers, retailers, and customers have been drastically reduced, increasing profits as well as reducing cost to the consumer.

We humans, like the humble egg, are fragile. We are vulnerable not only to physical harm, but also to forces and circumstances that can damage our mental and even spiritual health. We live in a world promoting ideologies that are contrary to common sense, as revolutionists challenge everything from the reality of the gender/sex binary to the value of human life itself. Many now deny the importance of work, frugality, honesty, and loyalty within marriage. In truth, most know in their hearts that giving in to any of these social pressures will “crack shells” and lead to unpleasant and unhappy results.

The Inventor of human beings, however, created a spiritual “egg box” to protect us from the ravages of a world opposed to His plan for us—a world whose present spiritual leader seeks the destruction of truth and, ultimately, of all humanity (John 8:44; 2 Corinthians 4:4; 1 Peter 5:8). That protective egg box is God’s law, which is summarized by ten overriding principles (Exodus 20:1–17; Deuteronomy 5:6–21). As the egg carton is considered simple but offers eggs great protection, God’s law is often dismissed as archaic or simplistic even as it offers humans safety from great harm.

King David of Israel was inspired to write about the spiritual protection imparted to those who place their trust in the God of the Bible: “You, O Lord, will bless the righteous; with favour You will surround him as with a shield” (Psalm 5:12). And notice that Scripture defines righteousness as keeping God’s commandments; David wrote under inspiration, “My tongue shall speak of Your word, for all Your commandments are righteousness” (Psalm 119:172).

As Coyle’s egg box protects the eggs inside it, so the perfect laws of our Creator guard those who submit to them. 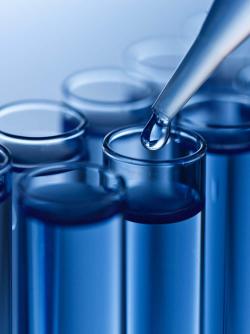