The goal of “Brexit” was to extract the United Kingdom from the European Union to become once again an independent, stand-alone nation. It was always expected to be a fiendishly complicated task after 47 years of integration, requiring an extended period of disentanglement.

So, where are we in the Brexit process? How does it affect Scotland and Northern Ireland within the UK? What is the prospect of a unified post-Brexit UK?

Let us consider two specific issues that potentially threaten the integrity of the United Kingdom. First, how does Brexit impact Scotland, where the ruling Nationalist Party (SNP) is eager to completely break away from the UK and return to the EU? Second, what of Northern Ireland, where tensions are running high as it is the only part of the UK being forced to continue keeping EU trading rules? Is Northern Ireland slowly slipping out of the UK?

The shocking result of the June 2016 referendum was that, across the whole UK, a majority of voters (52 percent) sought to leave the EU. But 62 percent of voters in Scotland preferred to stay in the EU, as did 56 percent in Northern Ireland.

It took four years of sometimes tortuous and hard-fought negotiations before the UK, under Prime Minister Boris Johnson, succeeded in negotiations with the EU, and the UK withdrew from the European Union on January 31, 2020.

But there followed a one-year transition period, during which the UK continued to follow EU rules while details of a 1,200-page Trade and Cooperation Agreement were hammered out. This would define how the UK and EU would live, work, and trade together.

On January 1 of this year, the UK was legally recognised as an independent nation in its own right. The UK was at last free to set its own trade policy and make deals with other countries. Trade with the EU would be tariff-free. The UK would gradually regain control of fishing in its own coastal waters.

But the following four months would also be a transition period to test how the provisional trade arrangements worked in practice. Only on May 1 of this year did the UK-EU free trade agreement fully enter into force.

How to manage the land border of Northern Ireland with the Republic of Ireland became a big issue. All parties agreed that there should be no hard border on the Irish mainland; otherwise, the Good Friday Agreement that ended Irish troubles back in April 1998 could be compromised.

So, EU rules had to continue in Northern Ireland, allowing goods coming from the UK mainland, intended for the Republic of Ireland, to be checked at their ports. But this decision—a set of rules called the Northern Ireland Protocol—mischievously forces part of the UK to stick with EU rules, and effectively establishes a virtual economic border through the Irish Sea. Many consider the rules unworkable in practice; they have caused much tension, even including loyalist violence and riots. The resignation of Northern Ireland’s First Minister, Arlene Foster, was partly attributed to this issue. The EU has even threatened legal action against the UK for supposed treaty violation. Prime Minister Johnson is committed to urgently resolving the matter, but exactly how is unclear.

Clearly, tough times lie ahead for Northern Ireland, which turned just 100 years old on May 3. Though a majority of the Northern Ireland electorate remains staunchly loyal to the UK, many feel betrayed by Brexit. The EU has clarified that Northern Ireland could rejoin the EU under the Republic of Ireland’s membership if and when both parts of Ireland become unified, and momentum for a united Ireland is slowly building—especially with Sinn Fein, the Republican Party, gaining ground with the electorate on both sides of the border.

North of the English border, the ruling Scottish National Party (SNP) wants to leave the UK and rejoin the EU. On May 6, elections took place to elect members of the Scottish Parliament for the next five years. SNP leader Nicola Sturgeon seeks to increase pressure on the UK government to allow a second independence referendum, but Prime Minister Boris Johnson is not giving way to such demands. A majority of Scots voted to remain part of the UK in the 2014 Scottish referendum, supposedly settling the matter for a generation, but the SNP takes comfort in polls showing greater desire for independence, even though polls that widened in favor of leaving the UK narrowed on the eve of the 2014 election. The SNP was returned to power, but failed to achieve its much-coveted overall majority.

The economic case for independence has markedly deteriorated since 2014, but this seems not to be a part of the SNP narrative. North Sea oil revenues have dwindled, while welfare spending has risen. The COVID-19 crisis may have left a deficit of up to 25 percent of GDP, despite the safety net provided by being part of the UK. This deficit would only worsen should financial support from England cease due to such an exit.

Furthermore, if Scotland leaves the UK and becomes part of the EU, a hard border will likely be erected with England. This would harm Scottish exports, which are four times greater to the UK than to Europe. The entanglement of Scotland with the UK is many times more complex than that of the UK with the EU and would surely bog down the nation’s governance. All of this suggests that a serious reality check is needed along with some hard thinking about the way forward. The Scottish question—a potential threat to the future of the UK itself—is not going to go away anytime soon.

The EU has been fighting long and hard to preserve its interests and frustrate those of the UK. Nevertheless, the UK’s quest continues, and it may one day gain the benefits it hoped for from Brexit. But equally likely is that such benefits will never be fully realised—and Brexit might even lead to the disintegration of the Union.

A Time for Everything

It’s a beautiful poem of 14 opposites that resonate with life’s experiences—both personally and for nations. It shows God’s sovereignty over the affairs of mankind—events over which we humanly have little or no control. Solomon’s point is that we should enjoy life and do good, in the fear of God (vv. 12–14).

We live in a time of great upheavals, when the order of things may well change in an instant, perhaps dramatically. This is the time to make sure God is at the centre of our lives. It is through Him that we will gain the strength to cope with all that life throws at us. 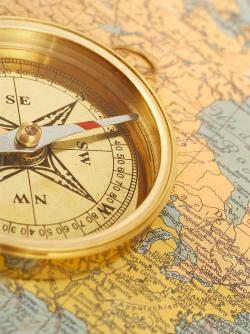 The Value of “No”