Was the Holocaust the worst atrocity in history? Jesus Christ prophesied of an even more terrible time of great tribulation to come upon the world. Are there real answers in the Bible for how to truly make war and genocide things of the past—forever?

Every year on January 27, people remember the liberation of the Auschwitz death camp in 1945, during the final months of World War II. The Auschwitz complex was the largest of six death camps, which together carried out a gruesome policy that Germany’s National Socialist (“Nazi”) leaders called “The Final Solution”—an attempt to exterminate Europe’s Jewish population. The policy, at the core of Adolf Hitler’s vision for Germany, had been implemented three years earlier, on January 20, 1942, at the now-famous Wannsee Conference (named after the Berlin suburb where it was held)—80 years ago this year.

Implementation of the Wannsee Conference’s policies marked the three-year genocidal climax of Adolf Hitler’s twelve-year reign of terror (1933–1945), which saw the deliberate murder of more than ten million innocent civilians in German-ruled territories, with an estimated six million Jews among the dead. This mass murder of European Jews has come to be called the “Holocaust”—a word derived from translating the Hebrew word olah (“burnt offering”) into the Greek word holokauston—or in Hebrew the Shoah, meaning “catastrophe.” When the world looks back on World War II, we now think not so much about geopolitics, but more about having rid the world of the evil of Nazism and its murderous ideology of racial superiority.

The Nazis designated Auschwitz as the final destination for the majority of Jews brought from all over Europe. At Auschwitz, modernized and enlarged gas chambers killed inmates on a truly industrial scale, reaching a peak killing capacity of 6,000 each day. In the cruelest of ironies, Auschwitz advertised itself as a “work camp” with its iconic entry-gate sign: Arbeit Macht Frei (“Work sets you free”). Passing through that gate, however, meant slavery and death for most of its inmates.

By the time the war was over, a dumbfounded world could scarcely believe what had taken place in the German-held territories across Europe. Winston Churchill saw the enormity of it and realized there was no word in our vocabulary to describe it, so he referred to it as “a crime without a name.” It took a Polish-born lawyer who had escaped the Holocaust to coin a word to describe it—genocide, from the Greek geno (“tribe”) and the Latin cide (“killing”). It was an industrialization of death—a bureaucratized, orderly, brutal extermination of people simply because of their identity as Jews, Jehovah’s Witnesses, or any of the other minority groups targeted for extinction.

The phrase “Never again!” urges us never to let mankind sink again to such depths of violent depravity. And we must appreciate the forces that, with God’s intervention, wrested Europe from the depths of despair, saving millions more from gruesome deaths. It seems inconceivable that our world could ever experience another Holocaust. But we should not be so sure! The Holocaust is past, but the “Holocaust mentality” has not been extinguished, a truth that the horrific violence in places such as Cambodia and Rwanda makes clear. By understanding that mentality in the past, we may be better able to recognize it in our future—or indeed in precursors showing even in present times.

So, why did Adolf Hitler and those who supported him come to think the way they did? What factors contributed to their mentality’s development and “success”? And do we see any evidence of such thinking today? Most important, what does God have to say about this in the pages of the Bible?

And, from that perspective, what lies ahead? Will we see another Holocaust in the years to come? Are we sowing its seeds even now? Some of what follows may well shock you to your core.

Here’s a clue from a Holocaust survivor. Primo Levi, an Italian chemist and writer who spent a year in Auschwitz, said, “It happened, therefore it can happen again: this is the core of what we have to say. It can happen, and it can happen everywhere.” He also said, “Auschwitz is outside of us, but it is all around us, in the air. The plague has died away, but the infection still lingers and it would be foolish to deny it.”

Anatomy of a Genocide

Hitler’s genocidal policy shouldn’t have surprised anyone. In his book Mein Kampf (“My Struggle”), he made anti-Semitism his defining political ideology, fulminating against Jews as the enemies of Germany. He presented himself as a messiah-like figure who alone was able to provide the leadership that could “save” the German nation.

Nazi anti-Semitism tried to put a modern face on ancient anti-Semitism while taking it to new depths. Nazi ideology held that Jews were not mere enemies; they were subhuman, often characterized as “vermin” who would prevent Germany from rising unless they were destroyed. Yet few today realize that the racial hatred at the core of Nazi ideology was based on evolutionary theory. After all, they reasoned, if life developed through the survival of the fittest, as Charles Darwin’s On the Origin of Species had proclaimed in 1859, then the fittest human beings were the natural leaders of society, having no need for a God who was absent from the evolutionary process. Indeed, German philosopher Friedrich Nietzsche had famously proclaimed at the end of that century, “God is dead.”

And without God, mankind is not accountable for its sins—indeed, there are no sins! Historian Martin Gilbert captured these powerful words from Auschwitz survivor Hugo Gryn:

If you take the Ten Commandments, from the very first which starts: “I am the Lord your God who brought you out of the land of Egypt”; here you had people [Nazi Germany] who set themselves up to be Gods, to be masters of life and death, and who took you into Egypt.… In other words you had here an outbreak of the very opposite of everything that civilisation was building towards…. It was a denial of God. It was a denial of man. It was the destruction of the world in miniature form (The Holocaust: The Human Tragedy, p. 826).

Not only did Nazism offer an evil inversion of the Ten Commandments; it provided its own millennial vision. Seeking what he called lebensraum (“living space”) for Germany, Hitler envisioned Nazi rule expanding across Europe and eventually across the whole world, with subjugated nations under Germany’s control. Few people today remember that Heinrich Himmler, architect of “The Final Solution,” intended Auschwitz to become a “model city” for Germans migrating east after the war. Thousands would live there in a meticulously planned utopian environment. There would be beautiful buildings, roads, parks, and factories.

But the labor to build and sustain all of this would be slave labor provided by subjugated peoples held in work camps nearby. The Nazi dream of a “thousand-year Reich” would be built through a process of unifying the German people in pursuit of their goal, while at the same time desensitizing them to the evil required to achieve that goal. Historian Gilbert describes how this was to be achieved:

It was a process which depended upon the rousing of historic hatreds and ancient prejudice, and upon the cooperation or acquiescence of many different forces: of industry, science and medicine, of the Civil Service and bureaucracy, and of the most modern mechanisms and channels of communication. It depended also upon collaborators from countries far beyond the German border; and it depended most of all, one survivor has remarked, “upon the indifference of bystanders in every land” (Gilbert, p. 18).

This is 80-year-old history, but can we see how such thinking never really went away after World War II? Much of it is endemic to human nature, and in fact was imported from outside Germany in the first place. Can we look around the world today and deny that we see individuals willing to become collaborators with evil when they believe they can benefit personally yet remain aloof from its consequences? Can we ourselves deny how easy it is to acquiesce to evil, or simply to look away?

The Bible and the Ultimate Solution

We have seen that Nazism—the ideology that brought about the Holocaust and built Auschwitz to help carry out its evil “Final Solution”—was in many ways a Satanic counterfeit. Where the God of the Bible set the Jews apart to demonstrate the blessings of His laws and His ways, Nazism set the Jews apart as special targets for persecution and death. Where God promises utopian peace for those who obey Him, Nazism established dystopian death camps that delivered untold violence and suffering to those who came under their sway.

But will our world ever see such evil again? And will we ever see a time of true peace? Your Bible tells of a coming time at the end of this present age, when unprecedented trouble, or “tribulation,” will engulf our modern world and bring it to the edge of the abyss. The Holocaust brought terror to Europe; the coming tribulation will amount to a holocaust striking the entire planet. Literally billions will die as war, disease, and famine ravage the earth, under the rule of a coming godless government that will persecute God’s people and call evil good. This is the time pictured in your Bible by the ride of the famous four horsemen of the apocalypse (Revelation 6:1–8).

When these horsemen ride, our world will see the rise of another dystopian totalitarianism, starting in Europe, the last of the prophesied revivals of the Roman Empire. But where Hitler could not extend his rule beyond Europe, the coming dictator will bring the entire world into subjection (Revelation 17:8). His beast-like system will be inspired by Satan, the god of this age (2 Corinthians 4:4). It will reflect the character of its perpetrator: lies (John 8:44), deception (Revelation 12:9), propaganda, enslavement, and violence (Isaiah 14:12–15; Ezekiel 28:14–16) will be its preferred tools. The situation will be so dire that only the returning Jesus Christ will have the power to prevent humanity from destroying itself completely (Matthew 24:21–22). Mercifully, Christ will return to overcome this rebellion against God and destroy it (Revelation 17:14).

Before Christ returns, Satan will do his utmost to thwart God’s will and destroy God’s people (Revelation 12:12). But God has His own solution planned for this evil spirit being who has spent millennia stirring humanity toward evil. Satan and his demons will be bound and locked away from all possibility of interference when God’s government reigns over this earth (Revelation 20:1–3).

Eighty years after Satan-inspired anti-Semites enacted their plan to rid the world of the Jewish people, we see that the forces of evil are still at work in various quarters, seeking to confuse, corrupt, and control human society. In a world of deception and misrule, we look forward to the day when God once again announces His presence to the world as He did to Moses: “And the Lord passed before him and proclaimed, ‘The Lord, the Lord God, merciful and gracious, longsuffering, and abounding in goodness and truth’” (Exodus 34:6). 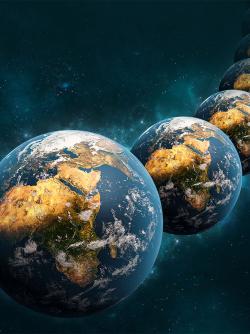 Lost in the Multiverse 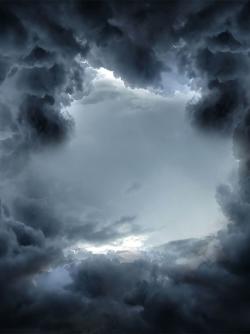 A Catastrophic Storm Is Coming! 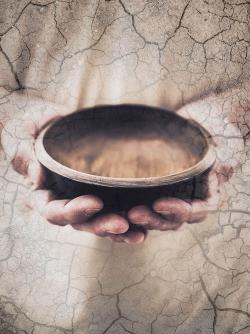