The descendants of Ephraim in Britain offer a vivid example of how God's chosen people are turning away from their Creator. England and Scotland provided prominent religious leaders during the Reformation, and for centuries practiced Christianity to the best of their understanding. Yet in recent decades these nations (like their cousins across the English Channel) have done an amazing about-face! Surveys now indicate: "Britain is one of the world's least religious countries, with some of the lowest levels of belief and church-going" (Daily Mail, February 27, 2004).


Today we are witnessing the fulfillment of a remarkable series of prophecies that have lain dormant in Scripture for thousands of years. Long ago, God predicted that just before the return of Jesus Christ, His chosen people would forget their God, turn from His ways and wind up in deep trouble. These prophecies are coming alive today—but are largely unrecognized by the nations involved!

Around 1400bc, God brought the Israelites out of Egypt and gave them His laws at Mt. Sinai (Exodus 20–23). His intent was to use the 12-tribed nation of Israel as an example the world could follow (Deuteronomy 4:1–10). God warned His chosen people repeatedly to "beware, lest you forget the Lord who brought you out of the land of Egypt… for you are a holy people… beware that you do not forget the Lord your God by not keeping His commandments, His judgments, and His statutes" (Deuteronomy 6:12; 7:6; 8:11).

However, God knew the rebellious, independent nature of the Israelite people. Just before Moses died, God prophesied to him that "you will rest with your fathers; and this people will rise and play the harlot with the gods of the foreigners of the land… they will forsake Me and break My covenant… then My anger shall be aroused against them in that day, and I will forsake them… And many evils and troubles shall befall them" (Deuteronomy 31:16–17). Moses then warned the elders of Israel: "I know that after my death you will become utterly corrupt, and turn aside from the way which I have commanded you; and evil will befall you in the latter days" (Deuteronomy 31:28–29).

These prophetic warnings were recorded as a witness against God's chosen people (Deuteronomy 31:19–27). In fact, the Bible makes numerous references to an end-time apostasy and the troubles of the Israelites (see Deuteronomy 4:25–30; Jeremiah 23:16–20; 30:7, 12–14, 23–24; 2 Timothy 4:3–4). But where do we look for the fulfillment of these prophecies? What nations will forget their God and return to pagan ways?

Many assume that Bible prophecies about Israel refer only to the modern Jewish nation in the Middle East. In fact, the Jews were only one of 12 tribes that made up the ancient nation of Israel. In Genesis 49, God revealed specific characteristics that would identify the Israelite tribes in the last days. These prophecies revealed that the descendents of Joseph's sons, Ephraim and Manasseh, would inherit the bulk of the birthright blessings. Ephraim was to become a "multitude [commonwealth] of nations" and a colonizing people, while Manasseh would become a single great nation (Genesis 48:22–26). Ephraim's descendants are found today in Britain and among the British-descended peoples in Canada, Australia, New Zealand and South Africa. Manasseh's descendants reside in the United States of America. Descendants of other Israelite tribes live in northwest Europe, where they migrated after their captivity in ancient Assyria. For more information on this subject, request our free booklet The United States and Great Britain in Prophecy. It is among these peoples that we need to look for the fulfillment of the end-time warnings Moses received!

The descendants of Ephraim in Britain offer a vivid example of how God's chosen people are turning away from their Creator. England and Scotland provided prominent religious leaders during the Reformation, and for centuries practiced Christianity to the best of their understanding. Yet in recent decades these nations (like their cousins across the English Channel) have done an amazing about-face! Surveys now indicate: "Britain is one of the world's least religious countries, with some of the lowest levels of belief and church-going" (Daily Mail, February 27, 2004). Reports document a "catastrophic" drop in church attendance, with the Church of England losing half of its members. Far fewer are entering religious orders. Surprisingly few even own or read the Bible. The Archbishop of York confessed that he would be "hard-pushed" to describe Britain as a Christian nation (Daily Mail, December 13, 2004). Pope John Paul II told Scottish bishops: "Scotland is no longer a Christian country and is in effect a spiritual wasteland… whose people are largely unacquainted with God" (The Sunday Times, March 9, 2003). This could also be said of other countries in northwest Europe.

But what has caused this dramatic shift? A report titled Called to Account lays much of the blame at the feet of modern church leaders who have surrendered to secularism and pressure groups and inflicted their own liberal ideas upon the church (The Daily Telegraph, February 2, 2003). One vicar outlined the failure of church leaders to provide clear teachings on moral topics, or to provide solid reasons to believe in the Bible (e.g. using evidence from archeology and fulfilled prophecy), or to clearly explain the nature and character of God (Daily Mail, January 29, 2004).

The daily press illustrates how liberal theologians have undermined the influence of the Christian church by expressing their doubts about God, the Bible, the deity of Jesus and other Christian doctrines. One biblical scholar proclaims that the account of Jesus' birth is a fable (The Sunday Telegraph, December 19, 2004), while a new "politically correct" commentary interprets Bible verses in a manner "friendly" to homosexuals (see The New Oxford Annotated Bible, third edition). A radical Irish Anglican priest advocates replacing Bible reading with contemporary poetry and drama (The Sunday Times, December 23, 2001), while some American Episcopal priests promote pagan practices in their worship (The Washington Times, November 1, 2004). Bishops in the Church of England not only ignore plain biblical teachings, but even their own recent historical precedents—by failing to condemn cohabitation and sex before marriage, by debating the "virtues" of polygamy, by ordaining women to the priesthood and by urging that homosexual practice be condoned and that homosexuals be accepted into the priesthood—all of which are prohibited in Scripture! One report suggested: "Sunday should be abandoned as the Sabbath day because nobody wants to go to church" on that day anymore (The Daily Mail, January 20, 2004). Proposed reforms in British schools would remove Christian instruction from religious education and give "atheism, agnosticism, humanism and paganism as much classroom time as Christianity, Islam, Judaism, Hinduism and Buddhism" (The Sunday Express, February 15, 2004). Britain's leaders have created a situation where "nearly one in ten young people in Britain has never heard of the Ten Commandments" and a third of young evangelical Christians think cohabitation is ok, and young people have more faith in mysticism than in the Church and the Bible (see The Times, September 3, 2004; May 7, 2001; Daily Telegraph, September 18, 2004). The destruction of the nation's religious core is described in a book titled The Death of Christian Britain by Callum Brown.

Yet prophets of God predicted today's circumstance. Long ago, Jeremiah warned Israel: "You have forsaken Me," says the Lord, "You have gone backward" (Jeremiah 15:6). He stated that misguided religious leaders would "destroy and scatter the sheep of My pasture… by their lies" (23:1, 32) and that "in the latter days you will understand it perfectly" (23:20)! These sobering prophecies are coming alive today! 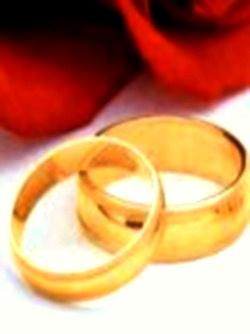