Britain’s much-loved and esteemed National Health Service is at the breaking point. A completely different outlook is needed.

Britain’s much loved and esteemed National Health Service (NHS) should have entered its 70th anniversary year with a sense of pride in its many achievements. But on January 3, 2018, the NHS in England ran up the flag of its own defeat—a black alert that declared it was no longer fit for its purpose.

For the second year running, hospitals were overwhelmed by too many people chasing too few resources. Exhausted staff members were run off their feet. Wards were full to overflowing. New patients queued for hours on trolleys lining hospital corridors. Fleets of ambulances waited for long periods before they could unload their sick or injured—and in January, 81,000 patients attending Accident and Emergency had to wait more than four hours for hospital beds.

This should have come as no surprise. After the winter of 2017, a national survey of NHS trusts revealed an imminent crisis: capacity in every area of competence was judged to be grossly inadequate. There were not enough doctors, surgeons, nurses, beds, ambulances or even hospitals to go around.

And it’s not only in England that these pressures are being experienced. Devolved NHS capabilities in Scotland, Wales and Northern Ireland have the same challenges, which many other countries around the globe also face. There are big lessons for everyone to learn from the worst crisis to hit the NHS in its history. So, what has brought it to its knees?

Stressed to the Breaking Point

Demands on the NHS are always higher during the cold winter months. Flu and winter bugs like the norovirus abound—especially in an aging population. More beds are needed to cope with those who are ill, especially at peak times. Yet the number of available beds has halved over the past 30 years from 300,000 in 1987 to 142,000 in 2017.

However, the main problem is under-staffing: all too many NHS doctors and nurses feel undervalued, overworked and underpaid, and are seeking early retirement or better-paying jobs elsewhere. In 2017, 33,000 nurses left the NHS. And, although there were many new applicants, 40,000 nursing jobs remain unfilled. On top of this, uncertainties over Brexit are leading to a collapse in the numbers of staff (roughly 60,000) coming from other EU countries.

Other statistics help explain the crisis. According to an Organization for Economic Cooperation and Development (OECD) report, Britain ranks 24 out of 34 member countries in the number of doctors employed per capita, while the number of beds per 1,000 people is right at the bottom of the list of comparable nations. Overall spending per capita is around $4,000 for the entire UK, well below the USA, Canada, Germany, France, The Netherlands and Denmark. The lesson is really very simple: if you want a first-class health service that isn’t constantly in crisis, you must invest in more capacity to achieve that status.

Although successive governments provide more money each year, it is never enough. The annual NHS England budget runs at around £123 billion. Patient demand currently rises at around five percent each year, but budget increases are far less. Some studies proclaim that nearer £140 billion annually will be needed by 2020. Cradle-to-grave health care sounds like a wonderful ideal, but where is the money and resources coming from to pay for it all?

The NHS deserves all the plaudits it gets for its devotion to the noble cause of caring for the sick and nursing them back to health. But treating the effect can only go so far before all the problems we see can overwhelm the system. Trying to become more efficient will only do so much. Deeper reforms are called for.

What is needed is a shift towards prevention and dealing with the causes rather than the effects. At present, only limited progress is being made in that direction, bumping into resistance from counterproductive human habits and behaviors. What is needed is increased sound education as to diet, hygiene and laws of health.

In the first five books of the Bible, principles of health were laid out for the ancient nation of Israel. They were, from our modern perspective, sensible and obvious: principles relating to hygiene, quarantine for infectious diseases, food and drink, sexual health, and family and marriage, as well as principles of judgment and justice that made for greater social health and well-being.

And whether we realize it or not, many of these same principles have been incorporated into the Western way of life, and continue to serve as the basis of good health. It is when these principles are abandoned that a crisis develops. For example, how many of the health issues that the NHS must try to resolve are preventable? Obesity, alcohol and smoking related diseases, drug addiction, sexually transmitted diseases—the list could go on.

God told the ancient Israelites that following His defined way of life would result in good health. He told them—and says to us today—in essence: If you will obey Me and follow the way of life that I lay before you, I will bless you. I will bless you in your towns and in the countryside. I will bless the weather, your agriculture and the abundance of healthy food that will result. I will bless you with disease-free lives from birth to death. I will bless your marriages and your families. I will prosper all you do, and protect you from your enemies (see Deuteronomy 28:1–14).

Furthermore, God declared that He was their Healer (Exodus 15:26; 23:25; Psalm 103:2–3). If they became ill, He would make them well again. There were no General Practitioners on hand, no hospitals, no drugs, no surgical procedures. God was Israel’s National Health Service! But this was not independent of their way of life; it was dependent on it. Good health and long life was guaranteed as long as each generation taught these principles to the next—and lived by them (Deuteronomy 4:9–10).

Clearly, we can’t compare our society in every way with theirs, because the two are vastly different. Yet, there are some vitally important constants as well: the importance and abundance of healthful food, the good weather necessary to produce it, a healthy lifestyle based on time-honored principles of good health, and constant education about living in a healthy manner. And above all, it is the same wonderful God who is desirous that we be happy, healthy and wise!

If you would like to learn more about God’s intimate interest in our health and well-being, write for our free booklet Does God Heal Today? 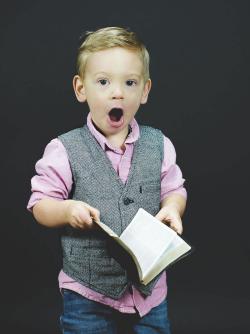 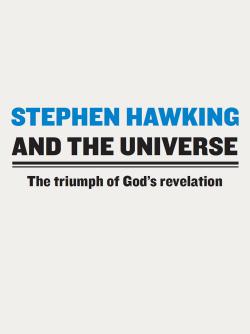