Does God consider it appropriate for Christians to serve in their nations’ armed forces?

Question: Your magazine often writes about nations’ military involvements and shows how biblical prophecy foretells war. The Old Testament is filled with accounts of the Israelites in battle. Is it proper for a Christian to serve his or her country as a soldier in war?

Answer: Jesus Christ set a clear standard for His followers: “But I say to you who hear: Love your enemies, do good to those who hate you, bless those who curse you, and pray for those who spitefully use you” (Luke 6:27–28). He also taught that we are to live by “every word of God”—to guide our lives by every word of the Bible (Luke 4:4; Matthew 4:4).

Christians have a responsibility to obey government authority (Romans 13:1–7). Jesus explained that His followers must pay taxes to civil governments and strive to fulfill duties imposed by civil society (Matthew 22:21). This applies not only to democracies; Christ gave His command to people living under the sometimes-despotic sway of the Roman Empire. However, when the laws or actions of human governments conflict with God’s law, Christians must act on an allegiance far higher than to Caesar (Acts 4:19; 5:29, 32).

God did require the Israelites to fight several wars, directly under His command, under the conditions of the Old Covenant. Yet Israel eventually rejected God’s rule, so He put them away and divorced them (Jeremiah 3:8). Later, as we know, Jesus Christ came and made the Holy Spirit available to all who were baptized and obeyed Him, and He promised to return as King of the Kingdom of God on this earth. Christians today understand that this Kingdom is not yet ruling in this world; Jesus said, “My kingdom is not of this world. If My kingdom were of this world, My servants would fight, so that I should not be delivered to the Jews; but now My kingdom is not from here” (John 18:36). Until Christ returns, Christians have an allegiance that is not of this world (Philippians 3:20). Today’s Christians are “strangers and pilgrims on the earth” (Hebrews 11:13), awaiting His Kingdom.

What should Christians do if they are drafted into mandatory military service? United States citizens are currently required by law to register with the Selective Service System within 30 days of their eighteenth birthday. This requirement does not violate the biblical principles set out in Matthew 22:21 and Romans 13:1–7, and does not imply consent to participation in war. In fact, registration can provide young Christians the opportunity to state formally their conscientious objection to military service.

Organizations such as the Center on Conscience and War (CenterOnConscience.org—not affiliated with Tomorrow’s World) can provide help in documenting one’s conscientious objection. But the most fundamental documentation is that true conscientious objectors are living by their convictions now, so that when a draft comes no one can accuse them of acting from cowardice or convenience, rather than deep, long-held religious conviction.

Many countries make provisions to allow sincere conscientious objectors to be excluded from mandatory military service, or to be placed in non-military roles of public service to fulfill a national service commitment. The U.S. has historically made these allowances during times of a military draft. In such situations, Christians may be able to serve their countries without violating God’s law.

Christians who live in nations where military service is compulsory must make a decision that can carry severe consequences. By obeying their Savior, they may be risking prison, torture, or death for refusing to serve in the military. Christ gave an important principle when He explained that “where your treasure is, there your heart will be also” (Matthew 6:21). Those who have their hearts set on the Kingdom of God will make that Kingdom their priority and will not jeopardize their place in that Kingdom by fighting and killing others in the wars of men.

To understand more about that coming Kingdom, of which Christ’s followers in this age are ambassadors and in which they will help administer a truly righteous government under Him, request a free copy of The World Ahead: What Will It Be Like? or read it online at TomorrowsWorld.org.

It All Began in the Garden… 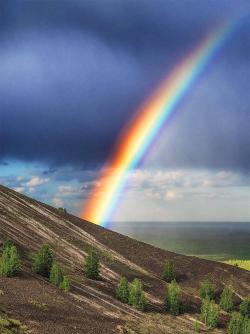 The Blessing of Rain